IND-W vs ENG-W Highlights – India win by eight wickets- Smriti Mandhana scored an unbeaten 79 as India sealed a comfortable eight-wicket win over England on Tuesday. With the series on the line, the Women in Blue put in an all-round performance with Sneh Rana also recording a three-wicket haul. The series is now level at 1-1 and Harmanpreet Kaur and Co will play the decider in Bristol on Thursday. Follow INDIA-W beat England-W Highlights with InsideSport.IN

INDIA-W beat England-W Highlights: Chasing 143 to win, Mandhana and Shafali Verma got India off to a flying start with a 50-run partnership in the powerplay. With dew around, England struggled to grip the ball and were wayward with their lengths with the Indian openers cashing in handsomely in a stunning partnership. Verma was dismissed off the final ball of the powerplay with Sophie Ecclestone taking a fine return catch.

Despite Shafali’s fall, Mandhana continued in her attacking ways, picking up boundaries at will all through the ground. Dayalan Hemalatha stuck around for a bit before being cleaned up by a Freya Davies delivery. Her disappointing run in the series continues.

Harmanpreet Kaur then joined forces with her vice-captain as the duo motored along with no threat whatsoever. Mandhana played out a sequence of 15 straight singles before finding the fence to reach her 17th half-century in T20Is. It was her sixth vs England, joint-most by a player alongside Meg Lanning. 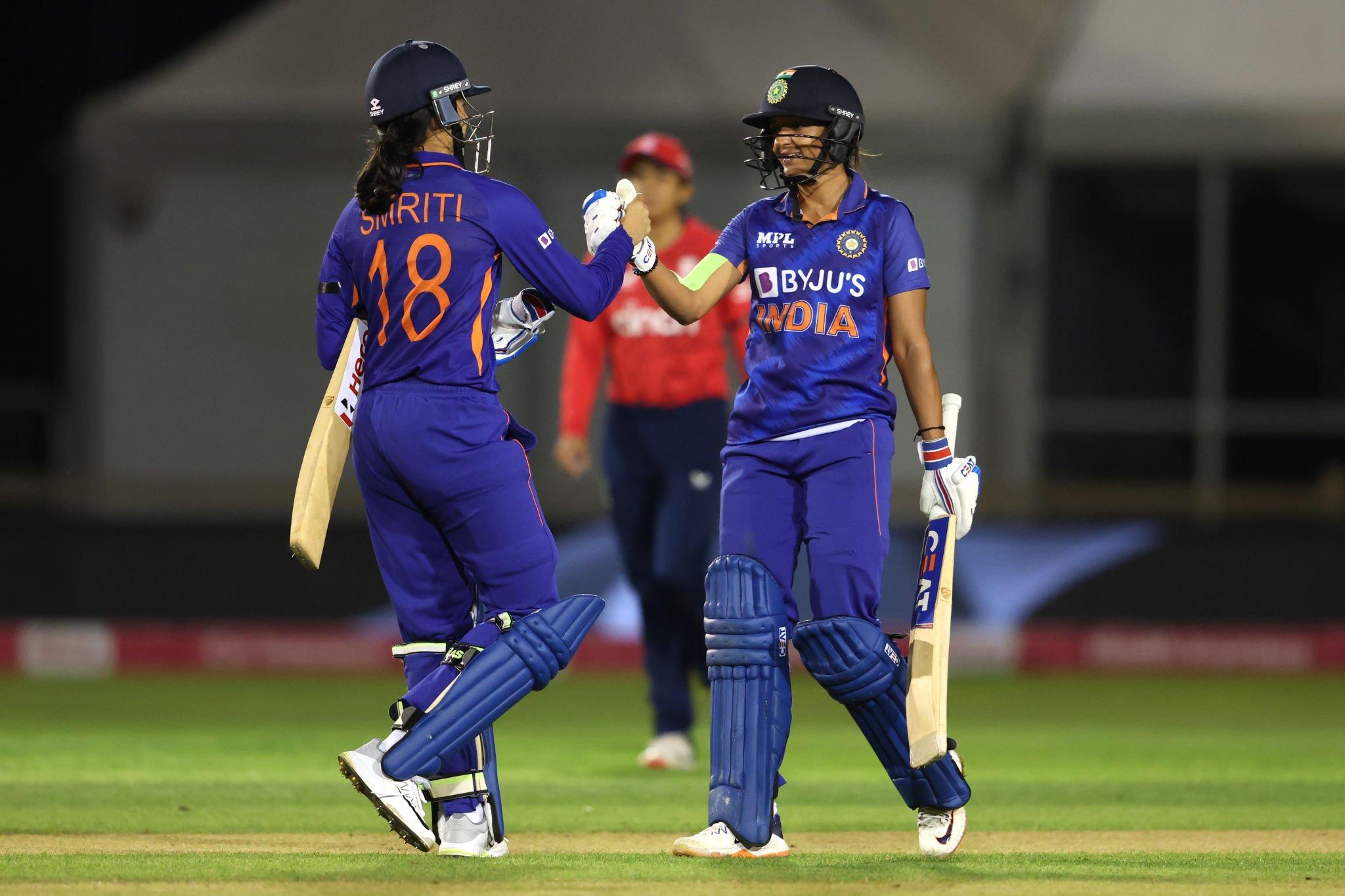 The duo held fort and eventually got the winning runs with 20 balls to spare. Mandhana won the player of the match having struck 13 boundaries in her pleasing 79 not out. Kaur stayed unbeaten on 29.

Earlier, Deepti Sharma and Renuka Singh put the breaks on England early as the hosts were reduced to a shocking 16/3 in the first few overs. Amy Jones and Co were further dented by Sneh Rana as they stared at a mediocre total at the halfway stage having managed 60/5.

However, Maiah Bouchier and Freya Kamp put on a stunning partnership to get England to a fighting total. The duo put 65 for the sixth wicket, helping the hosts rebuild after a shocking collapse. Kamp remained unbeaten and scored her maiden T20I fifty, becoming the youngest from England to reach the milestone.

Those efforts however were not enough as India cantered to a win. The series is now level at 1-1 and heads to a decider in Bristol on Thursday.

CNBC hires Harring as a reporter on the markets team