US Open Day 8 LIVE – Sinner vs Ivashka LIVE – Sixth seed Aryna Sabalenka clinched a come-from-behind victory over Danielle Collins to advance to the quarterfinal at the US Open. Currently Jannik Sinner and Ilya Ivashka are in action in the fourth round contest. Earlier, Frances Tiafoe ended Rafael Nadal’s US Open campaign as he clinched a four-set victory over the Spaniard to advance to the quarterfinals. World No.1 Iga Swiatek came back from a set behind to defeat Jule Niemeier 2-6, 6-4, 6-0 to enter the quarterfinal. Follow US Open 2022 LIVE updates on InsideSport.IN

Andrey Rublev defeated Cameron Norrie in straight sets in the fourth round  to book a spot in the quarterfinals.

US Open 2022: Protecting young players from abuse must be a priority, says Victoria Azarenka

Aryna Sabalenka reached the US Open quarter-finals for a second successive year on Monday with a three-set comeback win over Danielle Collins.

The world number six from Belarus triumphed 3-6, 6-3, 6-2 over her American opponent who she has now beaten in New York three times in the last five editions.

Sabalenka eventually fell at the semi-finals in 2021 and her 2022 bid looked in danger on Monday when she needed a medical time-out to treat a leg injury. However, she eventually fought back from a set down against the Australian Open runner-up and sealed victory on the back of a double break in the decider.

Rainy weather could not dampen Russian Andrey Rublev’s sublime form as he rolled past Briton Cameron Norrie 6-4 6-4 6-4 on Monday to reach the U.S. Open quarter-finals for the third time.

The ninth seed sent over 11 aces and had fewer than half the unforced errors his opponent did in a brisk affair that was surely a reprieve after Rublev endured two five-set battles in the earlier rounds.

He will next face either American Frances Tiafoe or Spanish second seed Rafa Nadal waiting in the next round. 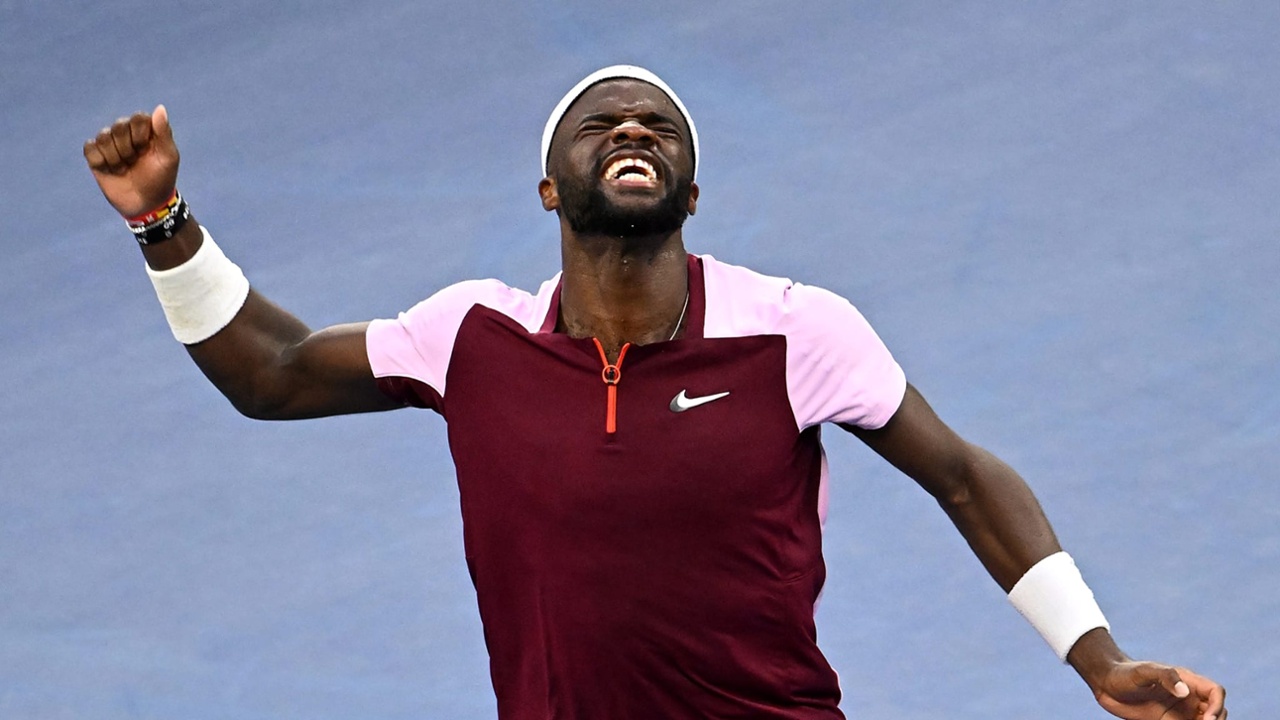 Frances Tiafoe has clinched the biggest victory of his career as he defeated the second seed and 23-time Grand Slam winner Rafael Nadal in four sets in the fourth round of the US Open on Monday. With the victory, the 24-year old American has advanced to his maiden US Open quarterfinal and will face Andrey Rublev in the last-eight on Wednesday.

A surprise shower failed to stop American Jessica Pegula from reaching her third Grand Slam quarter-final this year as she toppled twice Wimbledon champion Petra Kvitova 6-3 6-2 at the U.S. Open on Monday.

One of the most reliable returners in the sport, Czech Kvitova had won both of their previous meetings but was left to rue her missed chances — as she converted only two of the six break points she earned. Rain forced a 44-minute stoppage early on in the match, with tournament staff scrambling to close the retractable roof on Ashe and mop up the court.

But eighth seed Pegula was unfazed as she broke Kvitova to close out the first set. Even when Kvitova took a 2-0 lead in the second, Pegula kept her nerve to storm back and win the next six games to wrap up the win.

Iga Swiatek was given a mighty scare by little-known Jule Niemeier on Monday before the Polish top seed finally handed the 108th-ranked German a 2-6 6-4 6-0 reality check in the fourth round of the U.S. Open.

Swiatek, who collected her second Roland Garros title amid a 37-match winning streak earlier this year, barely looked like the world’s best player as she sprayed the court with errors to surrender the opening set.

She handed Niemeier a break in the third game of the second set with a clumsy mistake at the net. Sitting on her bench with her towel over her head during the changeover, she loudly smacked her thigh in anger before returning to the court with new resolve, winning the next three games. She won the final set 6-0 to close out the contest.

Canadian Open: Watch as Serena Williams breaks down badly in her 1st interview after RETIREMENT announcement: CHECK OUT

Get this kid a Test match gig”, remarks Uthappa