US Open 2022 LIVE: American teenager Coco Gauff used her superior speed to overcome a second set deficit and pull off a thrilling…

US Open 2022 LIVE: American teenager Coco Gauff used her superior speed to overcome a second set deficit and pull off a thrilling 7-5 7-5 win over China’s Zhang Shuai to reach the quarter-finals of the U.S. Open for the first time. Follow US Open 2022 LIVE Updates with InsideSport.IN

With Serena Williams’ loss on Friday night likely signaling the end of her legendary career, American tennis fans are eager to see someone emerge in her place and many have put their hopes on the amiable, hard-serving Gauff. 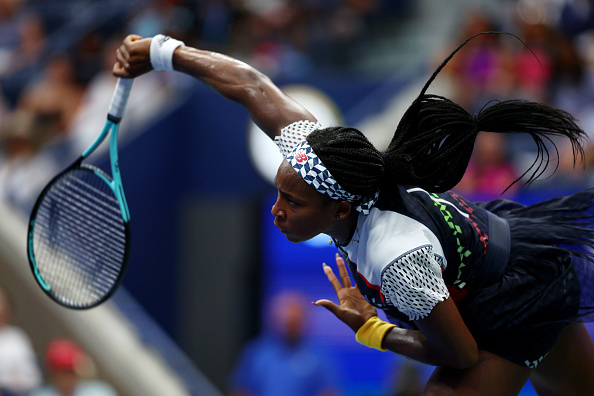 “It feels insane,” Gauff said in an on-court interview after sealing the win to set up a showdown with in-form Frenchwoman Caroline Garcia on Tuesday.

“I mean, Ashe Stadium chanting my name, I was trying not to smile on the bench on the last changeover, I was trying to stay in the moment. But in my head I was smiling. I can’t believe you guys were chanting like that. It’s crazy.”

In a battle between the youngest player left in the draw, the 18-year-old Gauff, and the oldest, the 33-year-old Zhang, it was the Chinese player who looked sharper at the outset, breaking for a 2-0 lead in the first set.

But 12th seed Gauff kept her poise to break back and fired a two-handed backhand winner to claim the first set and electrify the supportive crowd.

Zhang, a human backboard content to extend rallies from the baseline, grabbed a 5-3 lead in the second when she broke Gauff with a backhand winner of her own.

But Gauff again showed maturity beyond her years, winning the last four games highlighted by an electrifying point in the final game where she used her astonishing speed to slide from corner to corner to elicit an error from Zhang. 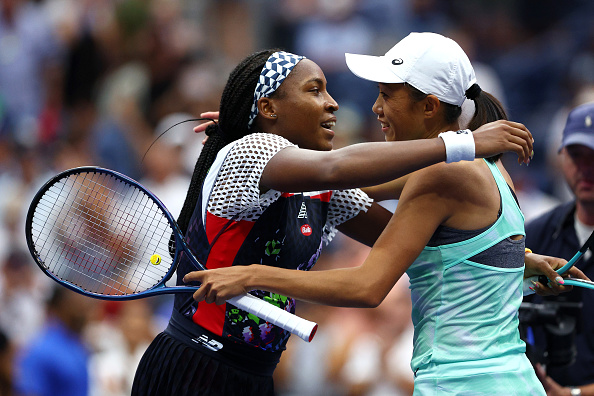 The crowd roared in approval after the point and Zhang covered her ears to block out the sound, which was amplified by the closed roof on Arthur Ashe Stadium due to rain.

Gauff sealed the nearly two-hour affair on an error by Zhang and the two exchanged a warm hug at the net. With the win, Gauff became the youngest U.S. Open quarter-finalist since Melanie Oudin in 2009.

She can expect her fans to return when she battles red-hot 17th-seed Garcia in the quarters after she defeated Alison Riske-Amritraj 6-4, 6-1.