UEFA Nations Cup: England manager Gareth Southgate heads into the final two matches before the World Cup finals knowing he needs to quickly recapture the form of a team that is without a win in their last four games. Follow UEFA Nations Cup updates on InsideSport.IN

Friday’s Nations League encounter with Italy at Milan’s San Siro Stadium and then Monday’s visit of Germany to Wembley Stadium are the last two chances that Southgate will have to restore some of the positive vibes around his team. 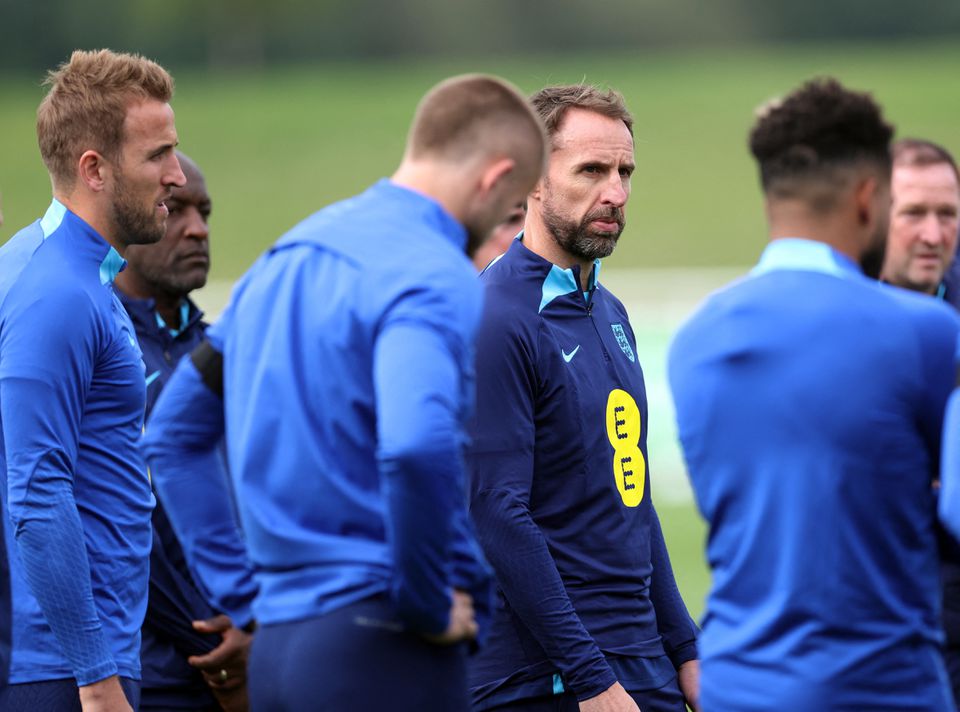 England and Southgate were jeered and booed off the field in June after collapsing to a humiliating 4-0 home loss to Hungary which followed draws with the Italians and Germans and an away loss to the Hungarians.

Some have written off those Nations League results as an inevitable product of playing in a minor competition at the end of a long season but Southgate’s more serious problems lay in the lack of form of several of his regular starters.

Manchester United defenders Harry Maguire and Luke Shaw were key components in the team which reached the final of the Euros in 2021 but both have seen their disappointing form cost them places in the starting line-ups at their club.

Southgate has shown belief in the pair by naming them in his squad for this month’s games but two other Manchester United players — forward Marcus Rashford and winger Jadon Sancho have not been included.

Chelsea left back Ben Chilwell, the most obvious replacement for Shaw, has started only once in the Premier League for the London club while central midfielder Kalvin Phillips has also had limited minutes and misses out due to injury.

Liverpool’s Jordan Henderson, who has missed his club’s last three games in all competitions through injury, has been given a late call-up to replace Phillips.

“Clearly, we have a number of players… who are not playing a lot of minutes with their club. It is not ideal, but we feel they have been, and can be, important players for us. It is not a perfect situation but there is still a lot of football to be played before Qatar,” said Southgate.

Manchester City winger Jack Grealish is another player whose muted form at club level will be a concern while the injury to first choice goalkeeper Jordan Pickford adds another element of uncertainty to Southgate’s side.

The hope for the England manager is that Raheem Sterling and Harry Kane in attack will provide enough firepower to ensure England don’t head to Qatar on a six-match winless run.

At the back, Southgate has recalled Eric Dier after a solid start to the season for the Tottenham Hotspur centre back who had mostly played in midfield for his country.

To give England any kind of momentum, Southgate needs his young midfielders — Declan Rice, Mason Mount and Jude Bellingham — to bring the energy that was missing in June’s games.

The deadline for naming squads for the World Cup is Nov. 13 — the tournament begins seven days later and England’s first group B match is against Iran on Nov. 21.

England also face the United States and Wales in the tournament which concludes with the final on Dec. 18.

We are trying to get accreditation, says Lovlina’s coach