WI vs BAN 2nd ODI Highlights – Bangladesh beat WestIndies 2ND ODI, seal series: Bangladesh wrapped up the ODI series in style against the WestIndies. Bangldesh won the 2nd ODI comprehensively by 9 Wickets. First Bangladesh triggered, West Indies batting collapse that saw the Caribbean side manage to score just 108 runs in the 2nd ODI. And then scored the required runs in just 21st over after losing only 1 wicket: Follow West Indies vs Bangladesh Live updates on Insidesport.IN

Vistors Bangladesh put up a stellar bowling show to restrict West Indies to score a low target. Mehidy Hasan shined with the ball after claiming 4 wickets.

Bangladesh beat WestIndies 2ND ODI: Bangladesh opted to field first after winning the toss. Despite making a cautious start the Caribbean side faltered. Bangladesh however made a steady comeback into the game and went on to wreak havoc on the West Indies lineup. The hosts went down like a pack of cards and ultimately surrendered at 108. Mehidy Hasan shined with the ball as he scalped 4 wickets for the visitors.

Bangladesh too started cautiously but went on to bat well. Skipper Tamim Iqbal remained unbeaten on 47 as he steered his side to victory. He was partnered with Litton Das who remained unbeaten on 32. The hosts quickly wrapped up the match in 20 overs to seal the series. 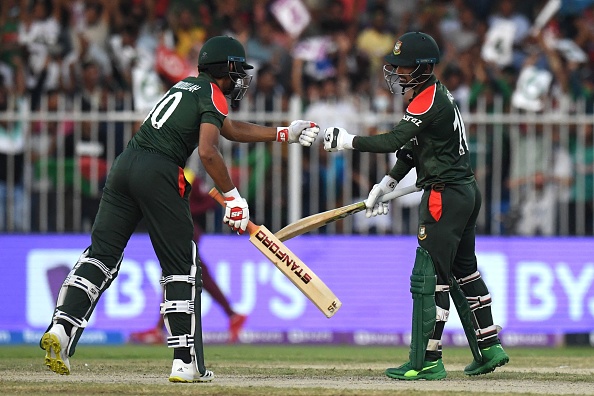 Bangladesh returned to winnings ways last time out as the Tigers put on complete team performance in the first ODI against West Indies. The hosts were restricted to 149/9 in a rain-marred contest, with Bangladesh sealing the chase with more than seven overs to spare.

Not only the win, but the manner of the same will be a huge boost to Bangladesh as they carry momentum into the second game on Wednesday. A win would see them take an unassailable 2-0 lead in the series, huge in the context of the ICC ODI Super League.

As for West Indies, it was a complete batting failure as the Men in Maroon continued to falter in the 50-over format. The hosts will hope to pull their smarts together and grab the win to stay alive in the series. West Indies have slipped further and further in the ODI rankings in the last couple of years and a series loss at home to Bangladesh would be a new low for the erstwhile champions.

How to watch the West Indies vs Bangladesh 2nd ODI in India?

FanCode will live telecast the West Indies vs Bangladesh 2nd ODI on its website. The live streaming of the same will be available on their app.

You can also follow InsideSport.IN for live updates of the West Indies vs Bangladesh 2nd ODI match.

How to watch the West Indies vs Bangladesh 2nd ODI in Bangladesh?