Worlds Athletics Championships 2022: Long jumper Murali Sreeshankar failed to live up to the expectations as he finished seventh in the finals with… 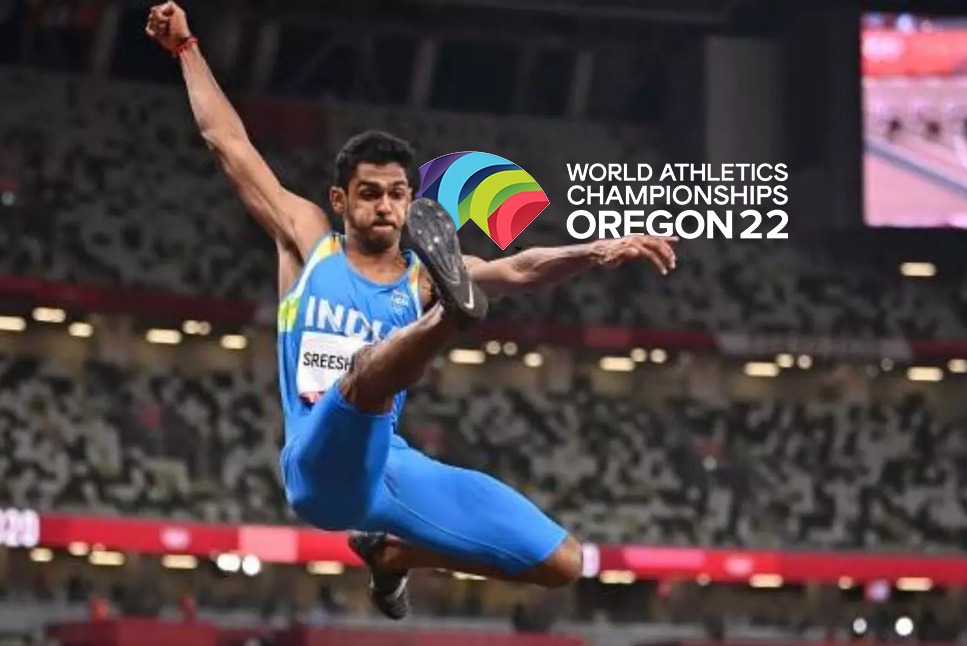 Having become the first Indian male athlete to qualify for the long jump finals in the World Championships, Sreeshankar had raised hopes of a historic medal in the showpiece. But his performance in the final was way below his season’s and personal best of 8.36m.

He had three legal jumps — the opening jump of 7.96m, fourth round effort of 7.89m and last attempt of 7.83m. The other three tries were fouls.

The 23-year-old must be disappointed as he could not cross the 8m mark in six attempts. He had qualified for the finals with a best jump of exactly 8m in the qualification round on Saturday, finishing second in Group B and seventh overall.

Sreeshankar had gone into the championships in the joint second spot in the season’s top list on the basis of his national record 8.36m jump.

China’s Jianan Wang won the gold with a sensational final round jump of 8.36m while Olympic champion Miltiadis Tentoglou of Greece, who was leading till the penultimate round, won the silver with a best effort of 8.30m. Season leader Simon Ehammer (8.16m) of Switzerland took the bronze.

In other events involving Indians, Parul Chaudhary ran her personal best of 9:38.09 in women’s 3000m steeplechase to finish 12th in heat number two to miss out on the finals. She finished 31st overall.

The top three finishers and the next six fastest across the three heats qualify for the finals. Chaudhary’s earlier personal best was the 9:38.29 she had clocked during the Indian Grand Prix series in Thiruvanthapuram in March.

In men’s 400m hurdles, Madari Palliyalil Jabir also failed to advance to the semifinals after finishing seventh and last in heat number two with a time of 50.76s. He finished 31st overall across five heats.

The top four finishers and the next four fastest across the five heats qualify for the semifinals.

He recorded a season’s best of 49.76s while winning the gold at the National Inter-State Championships last month. He has a personal best of 49.13s.

IND vs WI: Players that can replace Virat Kohli

Watch Ambulance rush in as Venkatesh Iyer collapse, Check OUT