Ravindra Jadeja Injury Crisis: Saba Karim, the former India wicketkeeper-batter and exmember of the senior selection committee, believes that a call has…

Ravindra Jadeja Injury Crisis: Saba Karim, the former India wicketkeeper-batter and exmember of the senior selection committee, believes that a call has to be taken by the Indian team management as well as the medical team over making left-arm spin all-rounder Ravindra Jadeja play in all three formats of the game in terms of his fitness.
Follow InsideSport.IN For Cricket Latest updates

On Tuesday, Jadeja, who was ruled out of India’s campaign at the 2022 Asia Cup after participating in Group A matches against Pakistan and Hong Kong due to a right knee injury, informed that he had undergone surgery for the issue and was expecting to start his rehab soon, thereby ruling him out of upcoming Men’s T20 World Cup in Australia.

“Right now, I think Jadeja is such a player who adds value in all three formats. But I think going ahead, not only Jadeja but even the team management and the medical team of Team India need to take a call in terms of his fitness whether he can continue to play all three formats or not; and if not, then what is the most preferable choice for him,” said Karim on ‘Sports Over The Top’ show on Sports18.

Karim admitted that spending time on the sidelines will be tough for Jadeja, but pointed out that he’s got the capability to bounce back in style.

“It’s a tough phase for him…he has always done well and for him to get injured at such a critical juncture in his career is not so easy (to take in stride).”

“But one has to give credit to Jadeja that whenever he has come back from injury, even though he doesn’t get too much of game time, immediately he gets into his rhythm and that is not so easy. But he’s naturally such a gifted player that it’s so easy for him to come back.” 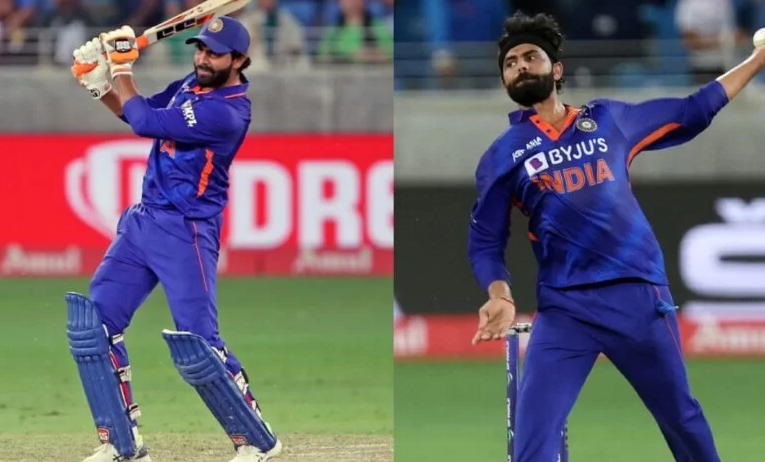 Karim, however, remarked that mental mindset of Jadeja will be key as he’s not a youngster anymore.

“I remember, I think some years ago, he was not even trained the way the other cricketers were trained. But because he has been naturally so talented and so gifted and so fit, it’s easy for him to come back.

“But I think with age, it may not be easy for him to do that (anymore). So I think he needs to go back and work on his rehab and then try and come back. But more importantly, I feel that it’s your mindset, the kind of preparation you do before you come back on the field after your injury.”

Karim further elaborated on how he would like to see Jadeja playing back for the Indian team once he fully recovers from the right knee injury and subsequent rehabilitation.

“Well, let’s try and break it down. First up are the Test matches. So I think India plays four Test matches at home and they play two Test matches against Bangladesh away (including next year’s Border-Gavaskar Trophy).

“Because India is eying to qualify again for the World Test Championship final, it is very important for the medical team of Team India to keep that in mind and manage his workload so that at least he is available for all these six Test matches because he brings so much to the table, not only as a left-hand batter coming in at 6 or 7 but also with his very useful left-arm spin bowling.”

Record crowd of 87,192 fans gathered at Wembley as England won the Euro 2022 Championship

England captain Harry Kane ahead of clash against Senegal