Roger Federer Farewell – Nadal Federer Cries: The sport of tennis hasn’t seen such emotional night ever. As one of the GREATEST…

Roger Federer Farewell – Nadal Federer Cries: The sport of tennis hasn’t seen such emotional night ever. As one of the GREATEST Sports Star ever BIDDED Goodbye – the world had tears in their eyes. Be it Roger Federer himself, or his greatest rival Rafael Nadal or be the fans in stadium or television – everyone could not stop crying on this most emotional night of tennis. Nadal hugged him like baby with tears free flowing and so was some of the players in Team Europe & Team World – Check OUT: Follow Laver Cup 2022 LIVE updates with InsideSport.IN

Roger Federer Farewell: Watch Rafael Nadal and other teammates cry as they bid farewell to sobbing Roger Federer: CHECK OUT the most emotional TENNIS night ever at LAVER CUP 2022

SOBBING Roger Federer broke down in tears as he bowed out of professional tennis, saying: It has been a perfect journey.

Federer’s illustrious career ended in defeat early on Saturday morning. The 41-year-old could not hold back the tears in front of 17,500 fans at the O2 Arena as he paid tribute to his parents, wife Mirka, two sets of twins, close friends, coaches and colleagues.

“It’s been a wonderful day. I’m happy, not sad. It feels great to be here. I’m happy I made it through,” he said. 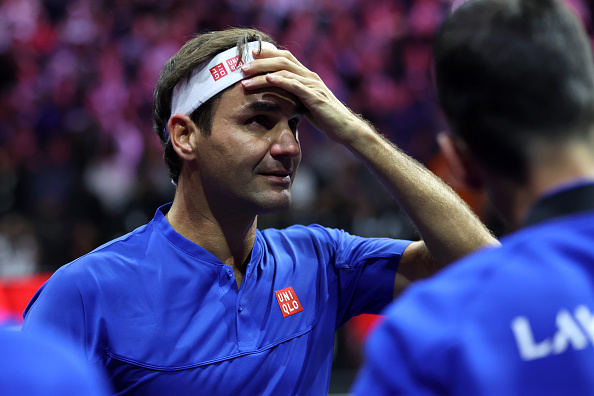 The 41-year-old could not hold back the tears in front of 17,500 fans at the O2 Arena as he paid tribute to his parents, wife Mirka, two sets of twins, close friends, coaches and colleagues. Even his doubles partner Rafa Nadal was surprisingly choked up as Federer said farewell to the sport that had made him a household name. 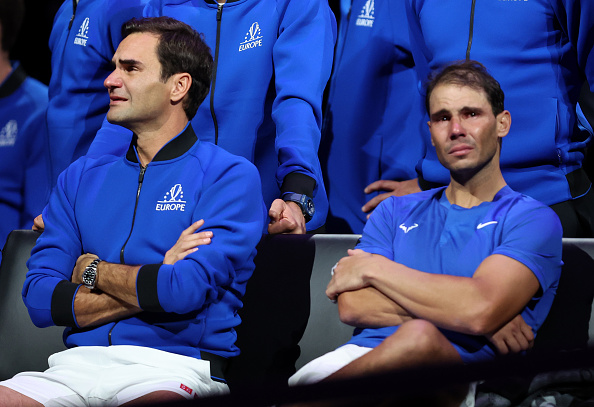 Federer, an eight-time Wimbledon champion, said: “It has been a wonderful day, I told the guys I am happy not sad.

“It feels great to be here. I enjoyed tying my shoes for the last time. Everything was for the last time. Being here with the fans, my family and friends, it didn’t feel stressful – even though I thought I might block a back or something. I’m happy I got through it. The match was great. I couldn’t be happier.

“I didn’t want it to feel lonely out there. To say goodbye in a team, well I thought I was a team player at heart. It does feel like a celebration to me. That’s exactly what I hoped for. I was happy to play tennis and spend time with my friends. It has been a perfect journey, I would do it all over again.

“Everybody is here tonight, which is great. My wife has been so supportive. She could have stopped me a long time ago, but she didn’t. She let me carry on playing, which is amazing.”

For the record, the bromance pairing of Federer and Nadal squandered a match point as they were defeated 4-6 7-6 11-9 by Americans Frances Tiafoe and Jack Sock on the opening night of the Laver Cup, which is run by his management team. 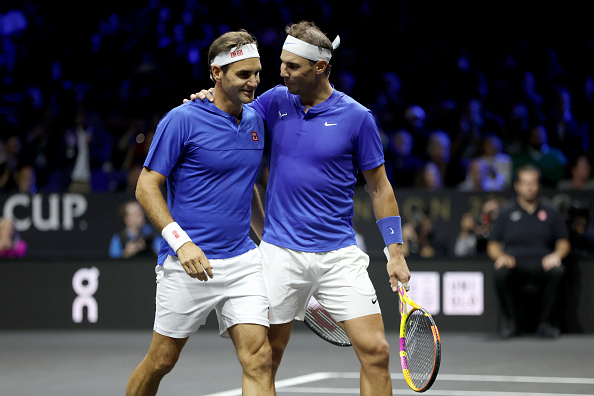 In the third game of the first set he produced a social media meme for the ages with one incredible half-volley that saw the ball fly through a minuscule HOLE in the net. He could have tried it 99 times out of 100 and it would still not have worked like it did. Only a racket sorcerer like Federer could do something as incredible as that – even though it was correctly branded illegal by the umpire and they lost the point. 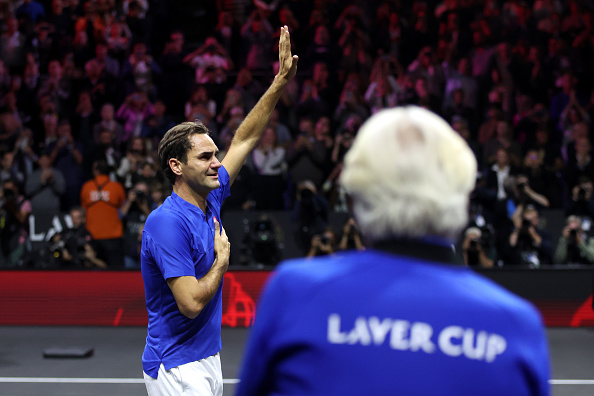 Though he ends behind Nadal and Serbian Novak Djokovic in the major stakes that one moment encapsulated the greatness he possessed. The ability to hit a target few could ever dream of, to bend the ball seemingly to his will.

He certainly had the competition rules bent to his liking for this doubles send-off because technically he should have played at least one singles tie this weekend. But his broken body, particularly that ravaged right knee, prevented him from slogging his guts out in one-on-one combat. 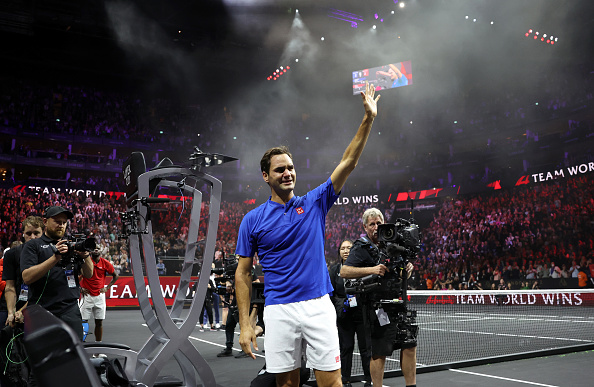 Though it was past 10pm when the tie finally started – Andy Murray’s singles tussle kept everyone waiting – the demand to be here was enormous with some tickets listed as £55,000 on resale sites. At times the crowd saw glimpses of the old magic from the ageing maestro.

A lightning quick volley at the net, serves that flew at 119mph, expertly-timed winners, the impeccable soft hands. On other fleeting occasions, there was a reminder that even Federer is human, liable to make mistakes and cannot overcome Father Time.

Unlike the great rock stars that have performed at this venue, there will be no encore from Federer. After 24 years on the circuit, 20 Slams, various knees surgeries and millions of memories, this was really it. And just in time for everyone to catch the last Tube home. 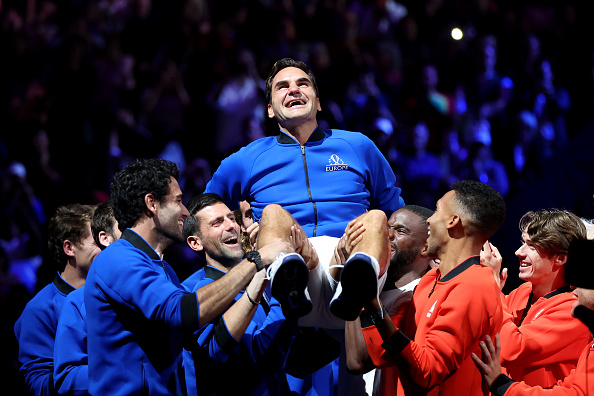