PKL 2022 Schedule: Dabang Delhi vs U-Mumba- Mashal Sports, organisers of vivo Pro Kabaddi League, have announced the schedule of the first half for Season 9. It will begin from 7th October, 2022 at the Shree Kanteerava Indoor Stadium in Bengaluru and move to Shree Shivchhatrapati Sports Complex (Badminton Court), Balewadi, Pune on 28th October for its next leg.Follow Pro Kabaadi League updates with InsideSport.IN

This season, the league is ready to welcome the kabaddi fans back into the stadium and have a treat in store for them. There will be a grand opening with triple headers on the opening three days. In the schedule released for the 66 matches, each match is unique and within the first 2 days, fans will get to watch all the 12 teams play a game. Fans will also be entertained with Triple headers every Friday and Saturday, through the league stage of vivo PKL season 9.

Season 9 will begin with the returning champions of season 8, Dabang Delhi K.C. setting off their return campaign in face of U-Mumba on 7 October, followed by league’s Southern Derby in the second match, Bengaluru Bulls vs Telugu Titans. UP Yoddhas will square off with the Jaipur Pink Panthers in the last match on the opening day.

The second-part schedule will be released by end of October 2022 to help the 12 teams assess and rebuild their competition strategies for the second half of the tournament.

Speaking about the schedule of vivo PKL season 9, Anupam Goswami, Head Sports Leagues, Mashal Sports and League Commissioner, vivo Pro Kabaddi League said, “vivo PKL Season 9 is set to bring the high-voltage action of the best kabaddi in the world before Indian sports lovers across the three select cities of Bangalore, Pune, and Hyderabad. As with each previous vivo PKL Season, Season 9 will set strong benchmarks by the League and its broadcast partner, as well as our 12 Teams, to continue the growth of kabaddi in India for in-stadia and on-screen kabaddi fans”. 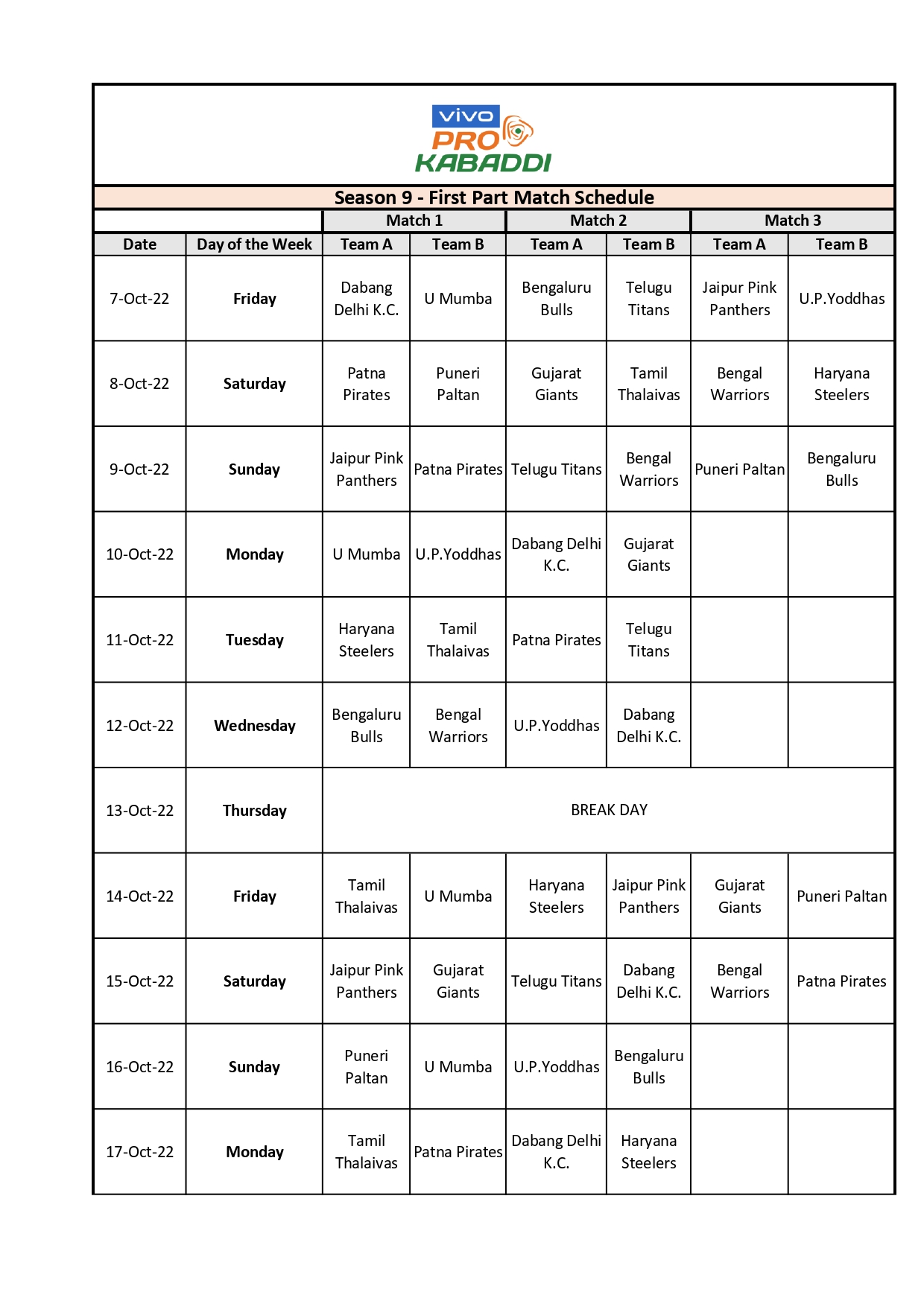 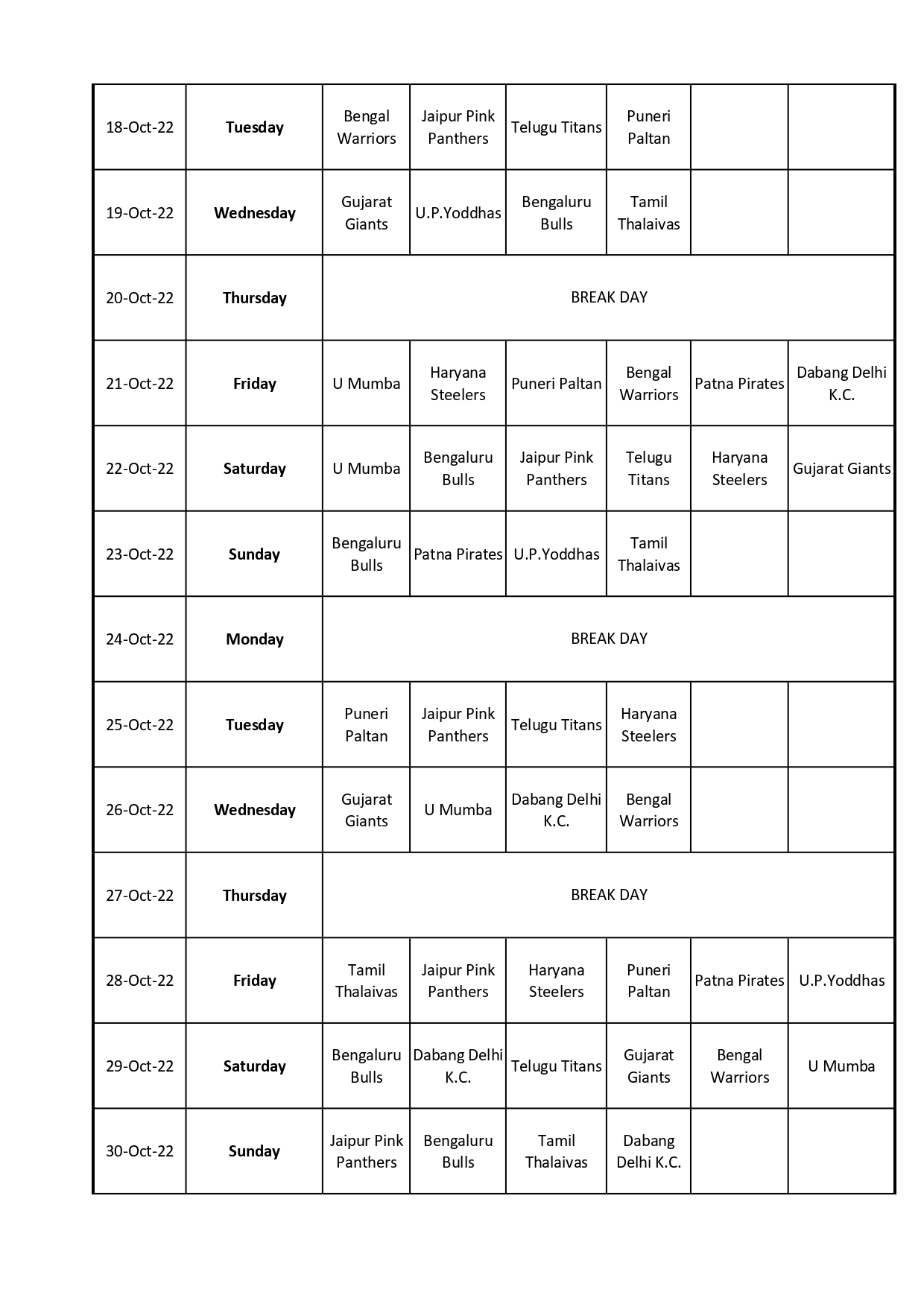 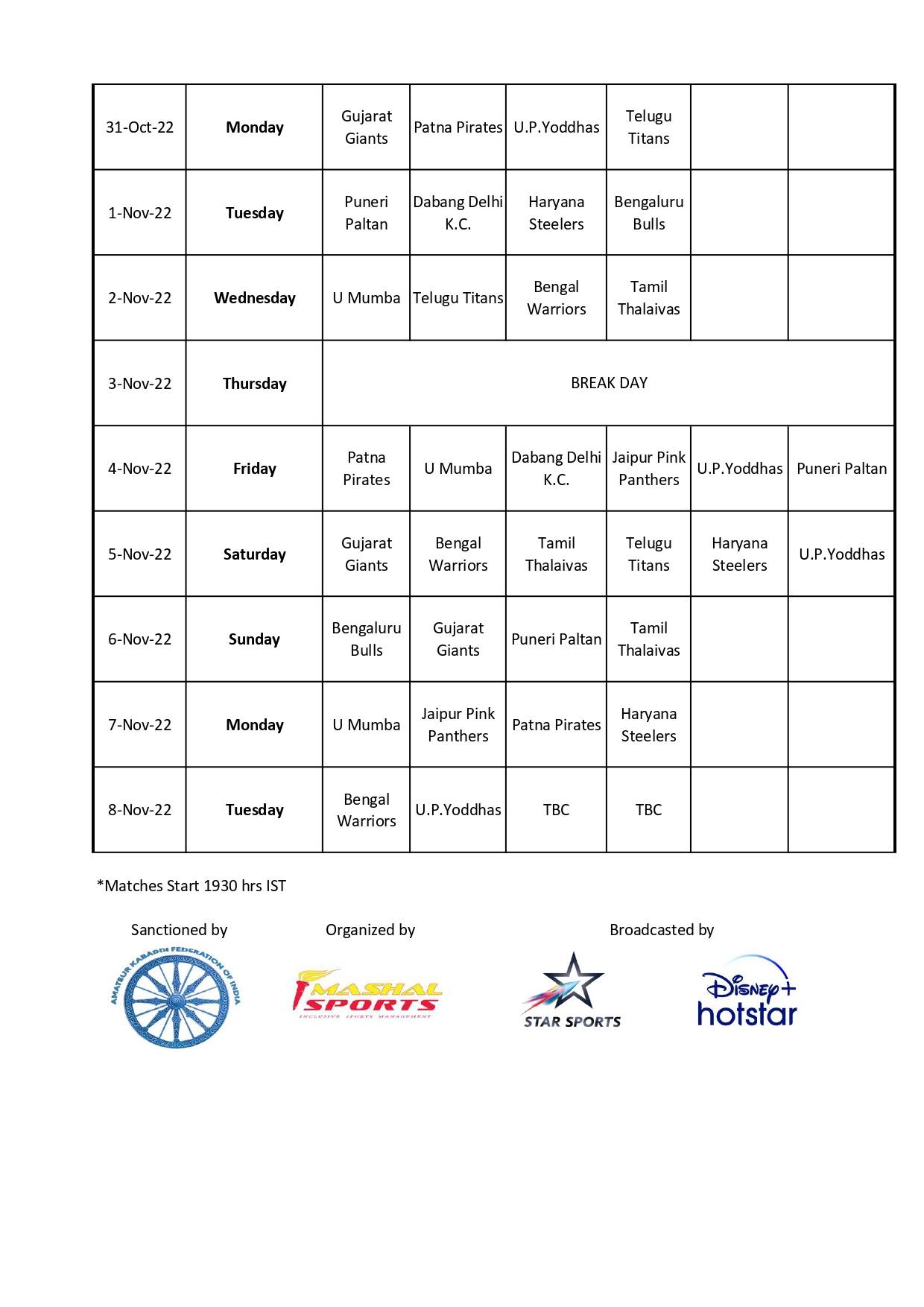 Fans can book the tickets tickets exclusively on BookMyShow.Season 9 of the vivo Pro Kabaddi League will be broadcast live on the Star Sports Network and Disney+ Hotstar.

When & How to watch SriLanka vs Afghanistan, Asia Cup Super 4 match LIVE

FOOTBALL World in shock as Brazil’s WC DREAM over, Neymar left in TEARS, Check out Reactions as Croatia enter semi-finals

France to make condoms free for anyone under 25, Macron says