PAK vs ENG Highlights – Pakistan win by 10 wickets: Babar Azam and Mohammed Rizwan’s world record partnership saw Pakistan to a 10-wicket win over England in the second T20I in Karachi. Captain Babar scored his second T20I century, while Rizwan remained unbeaten on 88 in a stunning 203-run partnership. The win for the hosts meant that the series is now level at 1-1 with five matches to go. Follow PAKISTAN vs ENGLAND 2nd T20 Highlights with InsideSport.IN.

PAKISTAN vs ENGLAND 2nd T20 Highlights: Chasing 200 to win, Pakistan openers put on a show for the packed crowd in Karachi to help the hosts cantered to a victory. Rizwan was particularly quick off the blocks finding boundaries at will as Babar played his way in dropping anchor. 59 came off the powerplay as England struggled to contain runs with the field up.

The innings did slow down with Pakistan managing 87 at the halfway stage. Rizwan got his 50 in 30 deliveries, dispelling notions of his poor strike rate. Babar soon followed him to the landmark taking 39 balls.

Once the century partnership was up, Babar switched gears with Moeen Ali and Adil Rashid both taken for plenty of runs. Moeen conceded three sixes to the duo in an over to truly turn the game on it’s head. The Pakistan captain had now taken centre stage with Rizwan affording his skipper the strike as the 150-mark was breached. 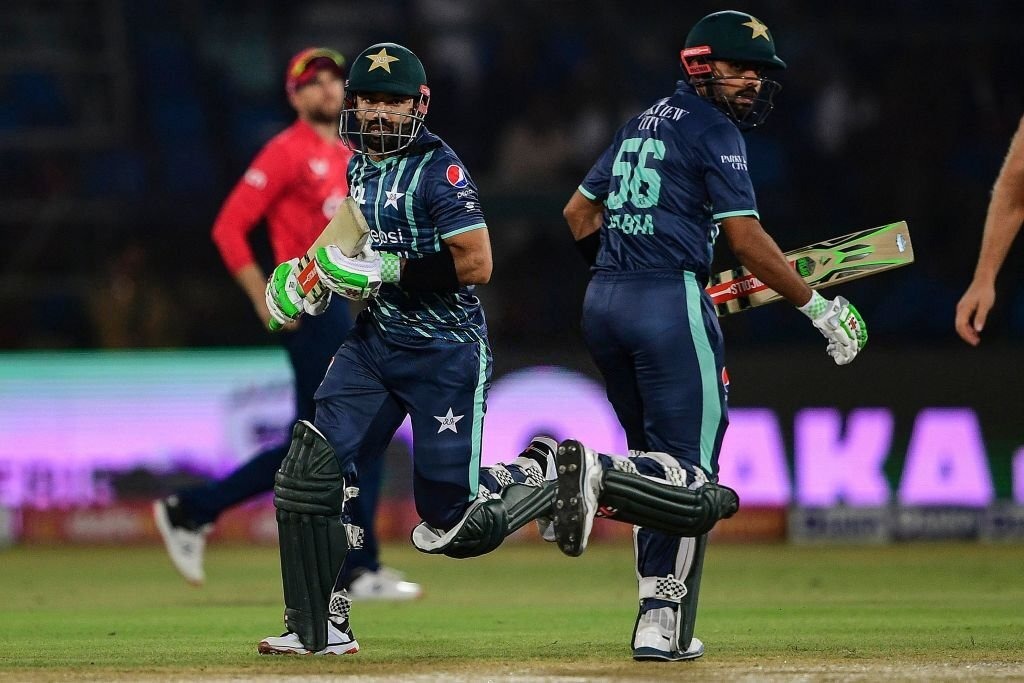 Luke Wood who impressed on his debut was hit around the park alongside David Willey, as Babar eventually reached his second T20I hundred in 62 deliveries.

The win at this point was just a formality and Babar did so in style with a fine cover drive in the final over. Babar and Rizwan put on an unbeaten 203-run stand, world record in a run chase in T20Is. It is also the highest by a Pakistan pair, breaking their own record of 197 vs South Africa in 2019.

Earlier, England captain Moeen Ali won the toss and decided to bat first on a batting-friendly surface in Karachi. Openers Alex Hales and Phil Salt got off to a fine start before Shahanawaz Dahani struck twice in two deliveries to send Hales and Dawid Malan packing. 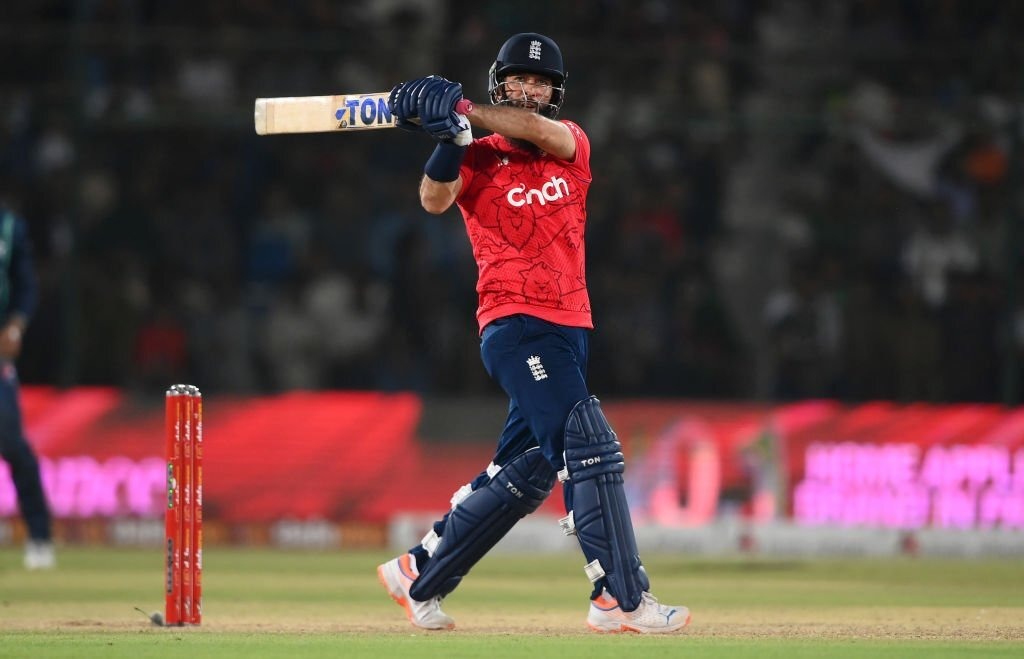 Salt departed after managing a laboured 30 even as Ben Duckett kept the score ticking with a series of unorthodox shots. The left-hander played a fine knock of 43 before making way for Moeen Ali.

The England captain along with Brook took their team to the brink of 200. Brook’s departure did not deter Moeen who smacked two sixes to finish England’s essay at 199. He also managed a 23-ball fifty for himself.