SCO vs NZ Highlights: – NewZealand WINS by 102 runs – New Zealand posted their highest Twenty20 international total of 254 as they…

SCO vs NZ Highlights: – NewZealand WINS by 102 runs – New Zealand posted their highest Twenty20 international total of 254 as they hammered Scotland by 102 runs in Edinburgh on Friday to complete a 2-0 series win. Test world champions New Zealand, who only two days earlier defeated Scotland, a team outside the global elite, by 68 runs again proved too strong for their hosts.  Follow SCO vs NZ 2nd T20I Live Updates with InsideSport.IN

Mark Chapman and Michael Bracewell both enjoyed career-best scores at this level on Friday, making 83 and 61 not out respectively in a total of 254-5. Chapman’s 44-ball knock featured seven sixes, the first getting him off the mark, while Bracewell faced 25 balls for his runs. The 28-year-old Chapman’s innings was all the more creditable as it was his first professional knock since mid-April.

“It’s just the nature of international cricket,” Chapman told the ESPNCricinfo website. “It took a bit to get going, but once you get one out of the middle of the bat, things come back pretty quickly. “We’ve been talking about taking the game on, and being really positive in the way we play. It came off today, and the boys are pretty happy.”

Scotland never looked like chasing down a huge target and in the end did well to avoid being bowled out as they finished on 152-9. Chris Greaves top-scored with 37, while New Zealand all-rounder James Neesham took two wickets in an over and spinner Michael Rippon 2-37. 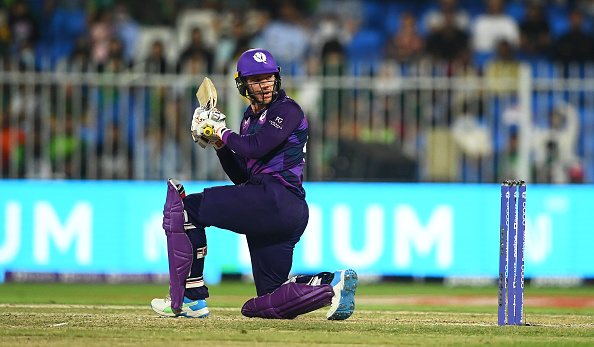 Scotland, who needed to score 226 to win, got off to a slow start as George Munsey and Calum MacLeod had trouble getting going. Before the spinners delivered the goods for the Kiwis, the pair did put up 62 for the opening wicket. The Scotland batters quickly went from 62/0 to 88/5 as Ish Sodhi spun a web around them. After Scotland eventually reached 157, the rest of the batting struggled to contribute much, giving New Zealand a 68-run victory.

Earlier in the day, as the Kiwis put up a huge 225 on the board, Finn Allen hit his first T20I century. For the first wicket, Martin Guptill and Allen put up 85 runs, with the former becoming the leading scorer in T20 internationals. Allen resumed his charge after Guptill’s wicket to reach his tonne in style.

James Neesham, Daryl Mitchell, and Glenn Phillips all had significant cameos to aid the Kiwis in putting on a victorious performance.

SCO vs NZ LIVE Streaming: When and How to watch Scotland vs New Zealand 2nd T20 Live in your country India – Check out 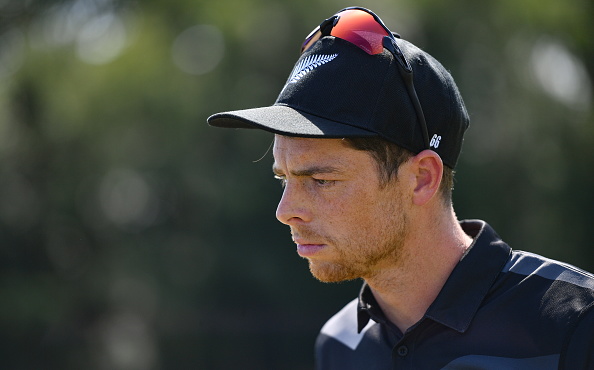 How to Watch Scotland vs New Zealand 2nd T20I live in India?

The 2nd T20I match between Scotland vs New Zealand will be live streamed on the FanCode app and website for cricket fans.

Fans can also follow InsideSport.IN for live updates of the SCO vs NZ T20I.

SCO vs NZ LIVE Streaming: When and How to watch Scotland vs New Zealand 2nd T20 Live in your country India – Check out

Senate passes $280B semiconductor and science bill aimed at China