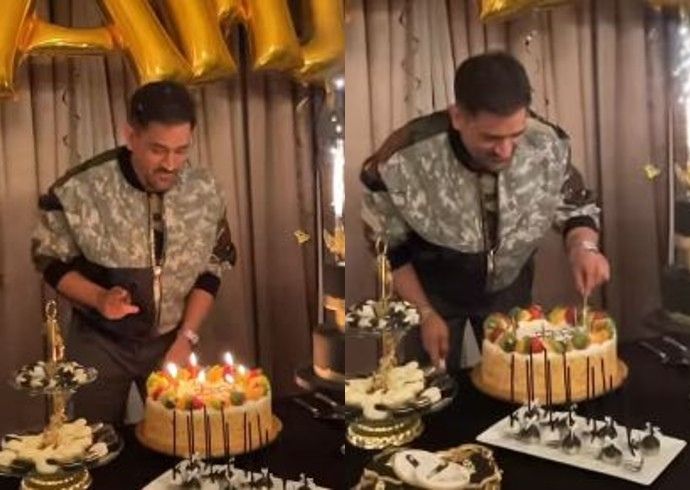 In a video posted on the account of Skashi Singh Dhoni, it was the former India captain who was seen cutting the cake. Sakshi was shooting the reel where Dhoni was seen enjoying the moment.

In the Instagram reel posted by Sakshi, MS Dhoni was seen wearing  jacket and grey pants while blowing candles as he cuts a cake. There was another cake nearby, with Dhoni’s name on it, which was also the highlight reel for the occasion.

Sharing the video, Sakshi captioned the post simply by writing ‘Happy Bday’ along with a heart emoji.

As soon as Sakshi shared the video on Instagram, it started to go viral on social media, with many celebrities and fans wishing the legendary captain in the comments section.

Bollywood superstar Ranveer Singh, who celebrated his birthday on July 6, wrote, “Love you, Mahi! happiest birthday to you! Love and energy!” 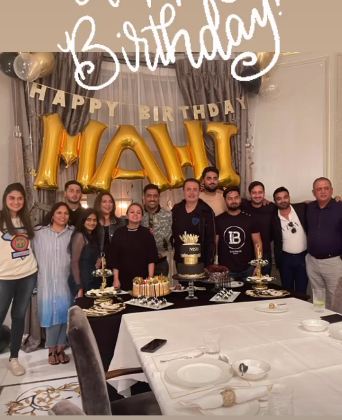 Sakshi also shared a picture of Dhoni’s close ones who attended the celebration, with Rishabh Pant also turning up to Dhoni’s special day, after he was rested from India’s 1st T20I against England, scheduled to start later in the day.

Dhoni has been in London for the last few days and was seen enjoying the tennis action earlier in the day. Dhoni who is considered as the greatest ever captain in the history if Indian Cricket, has won multiple accolades as both captain and player, winning the ODI World Cup in 2011. He also led India to the 2007 T20 World Cup and the Champions Trophy in 2013.