Labuschagne, who was just two points behind Root before the two ICC World Test Championship (WTC) Tests completed over the past week, now enjoys a healthy lead at the top even as Root has slipped to fourth place – behind Steve Smith and Babar Azam.

Labuschagne’s scores of 204 and 104 not out in the first Test against the West Indies in Perth have earned him 50 rating points and he leads compatriot Smith by 42 rating points. Labuschagne has regained the No. 1 position after Root overtook him in mid-June with successive centuries against New Zealand. 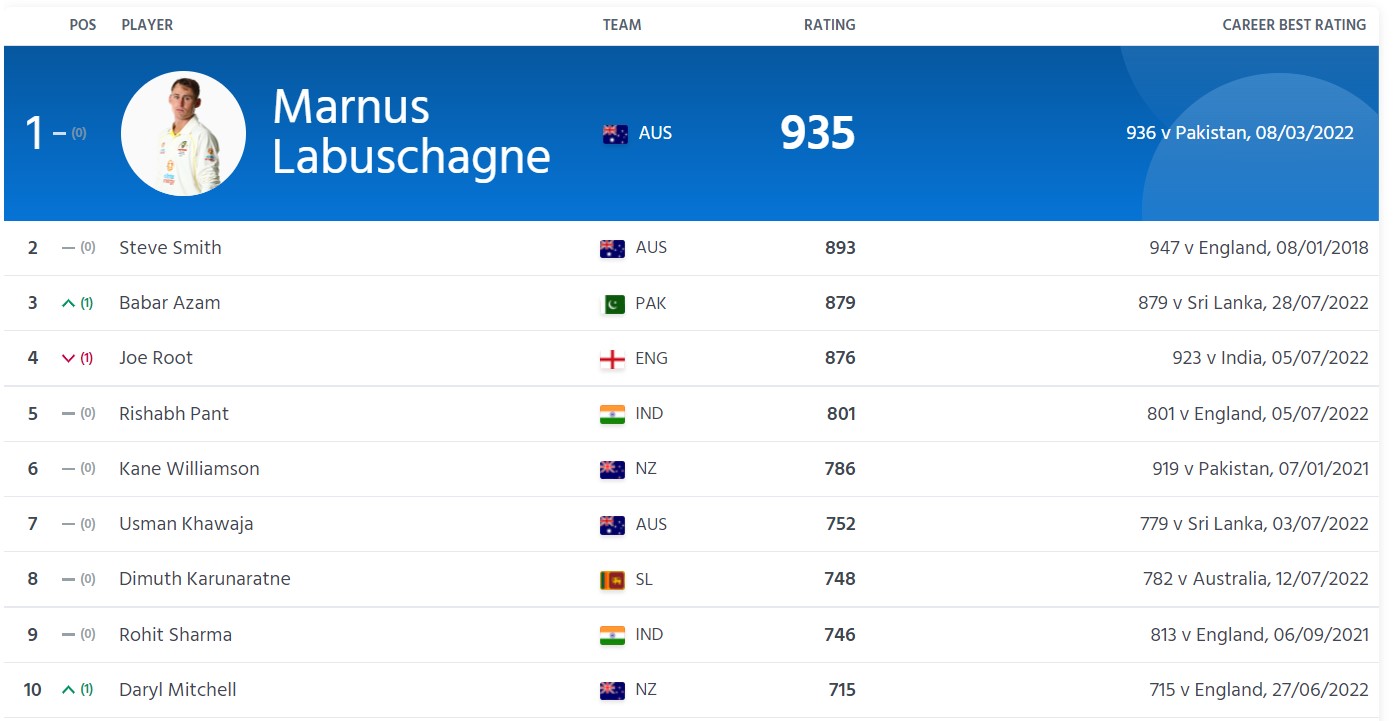 Smith himself has gained two slots after contributing to the win with unbeaten scores of 200 and 20, along with Labuschagne registering the fifth instance of two Australians scoring double-centuries in the same Test. Smith’s tally of 893 rating points is his highest since January 2021.

Off-spinner Nathan Lyon has moved up one place to 15th among bowlers after an eight-wicket haul that helped complete a 164-run victory and consolidate his team’s top position in the WTC points table.

For the West Indies, captain Kraigg Brathwaite is back in the top 20 after scores of 64 and 110 in the Perth Test while Kyle Mayers has progressed to 41st in the bowlers’ rankings. England’s epic 74-run win in the first Test against Pakistan in Rawalpindi reflects in the rankings for their batters as well as the seam bowling pair of James Anderson and Ollie Robinson, who finished with five wickets each in the match. 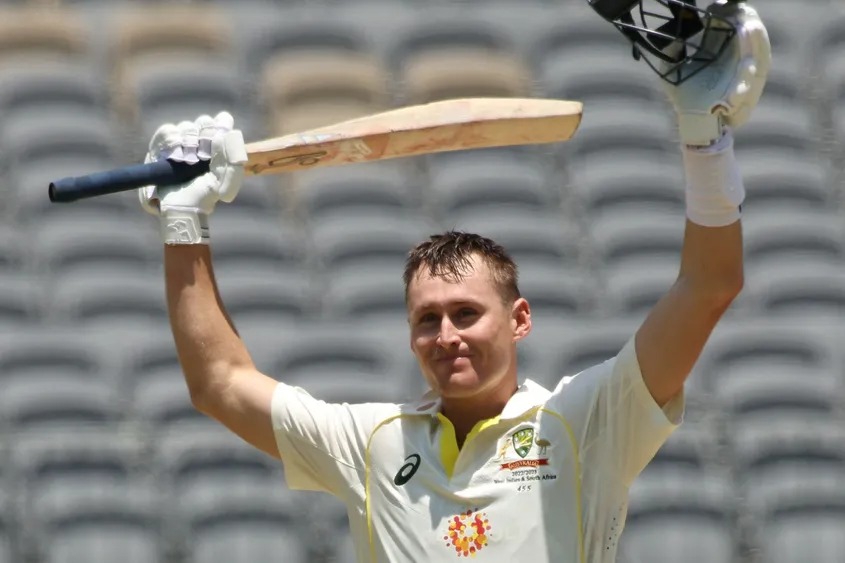 Centurions Zak Crawley (up two places to 46th), Harry Brook (up 90 places to 70th), Ben Duckett (re-entered at 127th place) and Ollie Pope (up two rating points) have all gained in the weekly update as have Anderson (up two places to third) and Robinson (up seven places to a career-best eighth).

Pakistan openers Abdullah Shafique (up five places to 15th) and Imam-ul-Haque (up 12 places to 38th) have attained career-best rankings after slamming centuries in the first innings and figuring in a 225-run stand.

Naseem Shah has progressed five places to 54th with five wickets in the match while other fast bowler Zahid Mahmood’s six-wicket haul helps him enter the rankings in 109th position.

In the MRF Tyres ICC Men’s ODI Player Rankings, India’s Shreyas Iyer has moved up seven places to joint-20th after scores of 24 in the first match of their ongoing series against Bangladesh and 49 in the preceding final match of the ICC Men’s Cricket World Cup Super League series against New Zealand.

Afghanistan’s Rashid Khan has gained four slots to reach sixth in the ODI bowlers’ rankings after grabbing four for 37 in the last match of their Super League series against Sri Lanka.

When and How to watch INDIA vs ENGLAND 1st T20I LIVE