US Open live : Tennis Championship : In early women’s draw action at the US Open on Wednesday, China’s Wang Xiyu produced…

US Open 2022 LIVE: Serena Williams retirement on hold after win over world…

The 21-year-old had never been past the second round of a Grand Slam tournament before, but uncorked 35 winners while saving 12 of 17 break points to secure her win. Wang, ranked 75th in the world, has happy memories of New York, having won the junior US Open title at the venue in 2018. “I’m just trying my best to save every ball,” Wang said in her on-court interview.

“I’m trying and learning.” Xiyu Wang completes the upset of Maria Sakkari and reaches a career-best Round 3 at a Grand Slam!Elsewhere on Wednesday, Tunisia’s beaten Wimbledon finalist Ons Jabeur sailed into the last 32 with a 7-5, 6-2 win over Elizabeth Mandlik of the United States. Fifth-seeded Jabeur became the first Arab or African woman in history to reach a Grand Slam final at Wimbledon in July, where she was beaten by Kazakhstan’s Elena Rybakina.

The USA’s 12th-seeded Coco Gauff, meanwhile, advanced to the third round with a 6-2, 7-6 (7/4) win over unseeded Romanian Elena Gabriela Ruse. That win sets up an all-American showdown between Gauff and 20th seed Madison Keys, who needed three sets to edge past Italy’s Camila Giorgi, winning 6-4, 5-7, 7-6 (10/6). n the men’s draw, 2012 champion Andy Murray advanced to the third round for the first time in six years with a four-set win over American wildcard Emilio Nava. 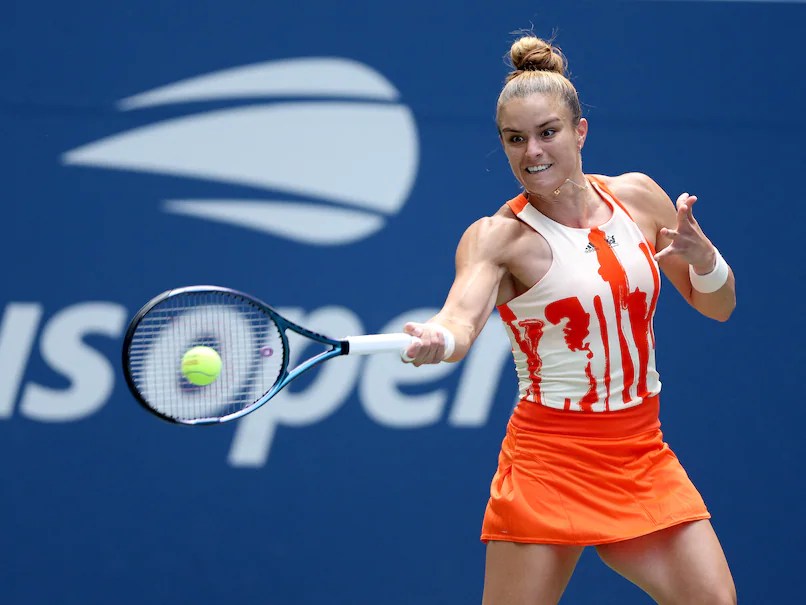 Rohit Sharma to field strong XI, check who misses out in 1st ODI