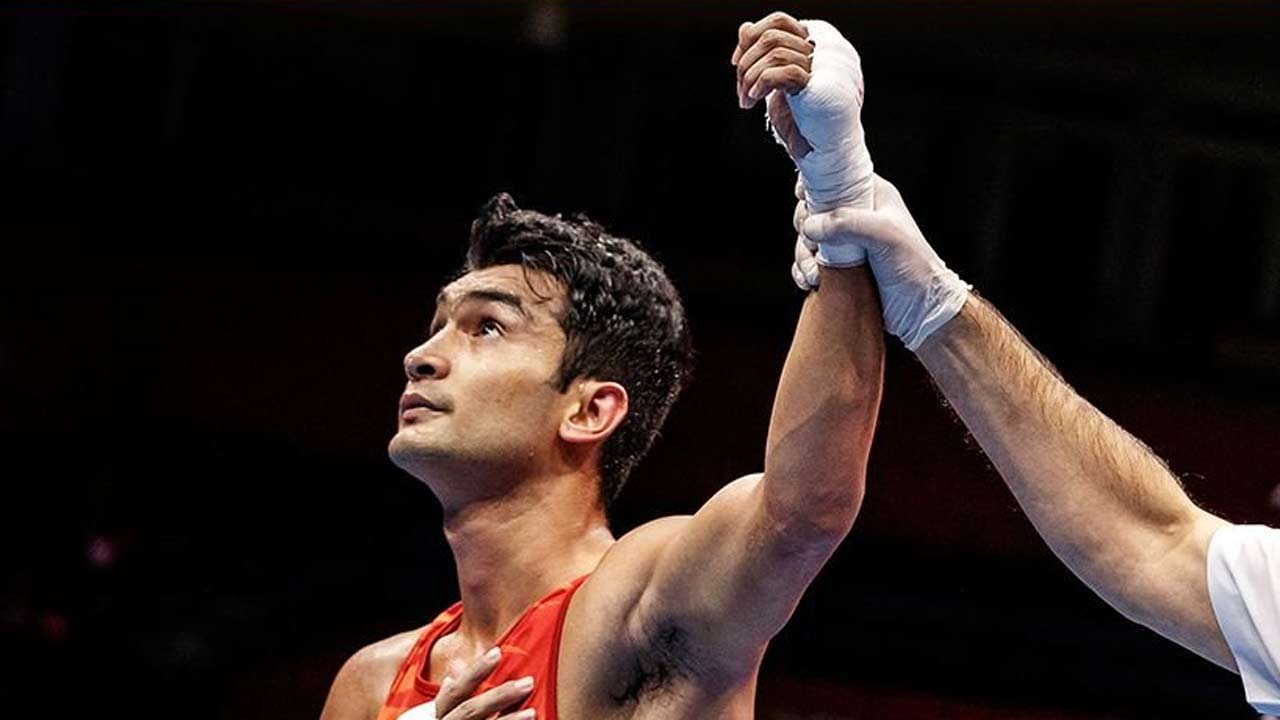 The semi-final bouts for the women’s category will begin on Wednesday and will be followed by the men’s last-four contests on Thursday. The Tokyo Olympic bronze medallist Lovlina (75kg), who is contesting in this weight category at an international tournament for the first time, will take on Seong Suyeon of Korea in her semi-final bout.

Alongside Lovlina, the 2022 world championships bronze medallist Parveen (63kg) will be up against Uranbileg Shinetsetseg of Mongolia while competition debutant Preeti (57kg) will be involved in a tough match-up against the Tokyo Olympics gold medallist Irie Sena of Japan.

The other four women in semi-final action will be Alfiya Pathan (81+kg), Saweety (81kg), Ankushita Boro (75kg), and Minakshi (52kg). In the men’s category, Shiva Thapa (63.5kg) who became the most decorated Asian champion after ensuring his sixth medal in the competition will face two-time Asian Championships medallist Bakhodur Usmonov of Tajikistan.

The other three men in semi-final action will be Narender (92+kg), Sumit (75kg), and Govind Kumar Sahani (48kg).
Narender (92+kg) dominated his way to the semis by comfortably defeating Iman Ramezanpourdelavar of Iran with a unanimous 5:0 verdict late on Monday night.

India’s total medal count of 12 in this year’s edition of the tournament is the third highest among all competing nations. The women pugilists of the country have secured seven medals which ranks them second in the standings among all nations while the men’s total tally of five medals places them joint third alongside Jordan and Mongolia in their respective rankings.

The final of the tournament for the women’s category will take place on Friday and the men’s final bouts will be conducted on Saturday.

Closed Alpha Of Warzone Mobile Will Be Closed On Oct 31