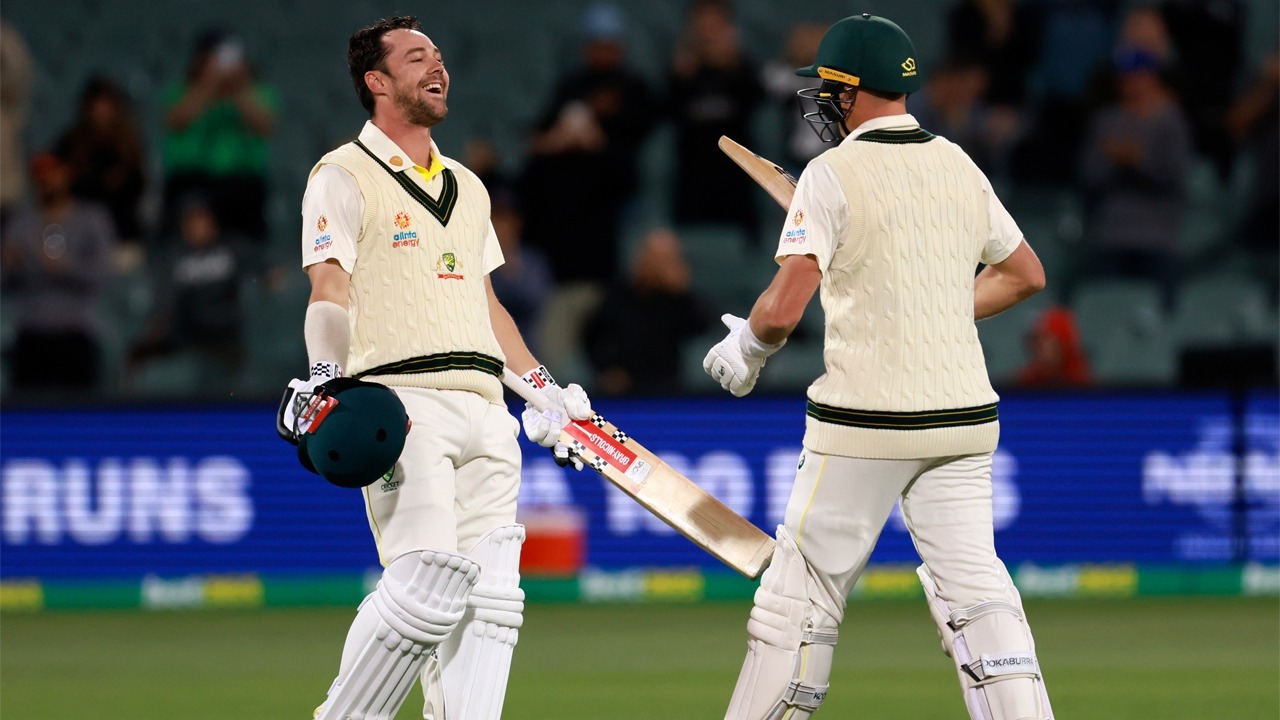 Labuschagne, who scored 204 and 104 not out in the opening Test in Perth hit 11 boundaries in his unbeaten 120. Head’s breezy 114 was his first hundred at his home ground and included 12 fours.

Australia rested regular skipper Pat Cummins because of a quadricep strain. Fellow quick Josh Hazlewood was ruled out with a side strain which makes him doubtful for the start of the subsequent series against South Africa. Stand-in skipper Steve Smith elected to bat against an injury-ravaged West Indies side who had to make four changes to the squad that suffered a comprehensive defeat in Perth.

David Warner (21) smashed Alzarri Joseph for three fours in an over but squandered a fine start by chasing a wild delivery from the bowlers only to be caught behind. Opening partner Usman Khawaja (62) completed 1000 runs for the calendar year and was looking in great touch before West Indies struck back with two quick wickets after the lunch break.

Debutant Devon Thomas dismissed Khawaja lbw with an angling delivery, a decision Khawaja challenged but could not reverse. In the next over, Jason Holder stooped in his follow-through to take a return catch from Smith, who fell for an eight-ball duck. Head joined Labuschagne to punish a depleted West Indies attack missing the injured trio of Kyle Mayers, Kemar Roach and Jayden Seales.

As if that was not bad enough, debutant paceman Marquina Mindley bowled only two overs before leaving the field with a suspected hamstring injury. Labuschagne, currently the top-ranked Test batsman, shrugged off a slow start and hit Thomas to the point boundary to bring up his third successive century of the series.

Head, who fell for 99 in Perth, could not be denied his hundred either and the left-hander reached the mark with a boundary off Joseph. “It’s probably one of the better ones, it’s very nice,” Head told Cricket Australia and also heaped praise on Labuschagne. “A chanceless hundred from Marnus. He’s played beautifully. He’s come and done it in challenging conditions and with a short turnaround.”