Chasing a target of 180 against India’s bowling line-up was never going to be easy. And Bhuvneshwar Kumar never let the Dutch opening pair settle. With 2 back to back maiden overs, he dismissed Vikramjit Singh in his 2nd over to deal the early blow.

While Max O’Dowd and Bas De Leede looked to anchor the Dutch innings, it was Axar Patel who struck. O’Dowd tried to play a sweep but he missed the line and Axar Patel cleaned up his stumps. The duo of Bas de Leede and Colin Ackermann took the Netherlands through the remainder of the powerplay safely.

But the wickets kept tumbling one after another without any substantial partnerships in the middle. The short-lived 27-run partnership between the duo was ended by Axar Patel. He dismissed de Leede for 16 off 23 balls with assistance from Hardik Pandya at backward point.

At the end of 10 overs, the Dutch were at 51/3. But it was Ravichandran Ashwin who drove India to a more comfortable position, dismissing Ackermann (17) and Cooper (9), reducing the Netherlands to 63/5.

Most Sixes T20 WC: Rohit Sharma surpasses Yuvraj Singh for MOST sixes in T20 World Cups by an Indian, only West Indies legend Chris Gayle ahead of India captain – CHECK Out

Tom Pringle and Scott Edwards tried to put on a stand for their side. But the match was slipping away from them as the required run rate kept mounting. At the end of 15 overs, Netherlands was at 81/5 with the target becoming almost impossible to get to. 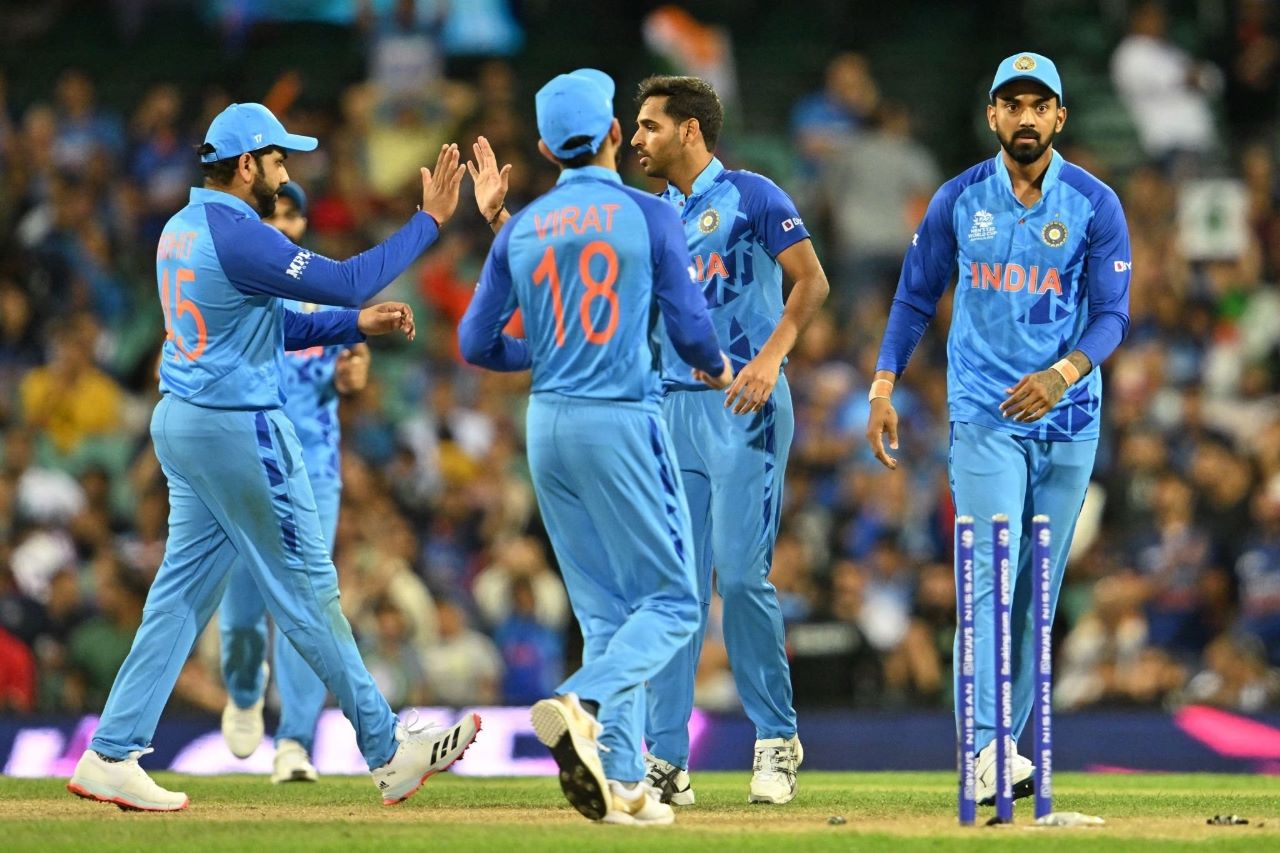 Pringle was the sixth batter down after Virat Kohli took a brilliant running catch at around mid-off, giving pacer Mohammad Shami his first wicket in the match. The Netherlands were six down at 87.

The Dutch side continued their downward spiral. Bhuvneshwar got his second wicket of the match and he sent back skipper Edwards for 5 off 8 balls. Netherlands sunk to 89/7.

Though the Netherlands crossed the 100-run mark in 17.4 overs, Arshdeep Singh took two quick scalps to dismiss Logan van Beek (3) and Fred Klaassen (0). The Dutch side was reduced to 101/9 in 18 overs.

Earlier, India captain Rohit Sharma won the toss and opted to bat first. But India were off to a shaky start as they lost opener KL Rahul for 9 off 12 balls. Paul van Meekeren trapped Rahul leg before reducing India to 11/1 in 2.4 overs.

Star of win against Pakistan, Virat Kohli joined Rohit Sharma on the crease in the third over. The duo took India through the powerplay safely, without any further fall of a wicket. However, the Netherlands kept Indian batters subdued with their great line and length. At the end of six overs, India was at 32/1 with both Kohli and Rohit struggling to score.

Both batters did hit some big shots, but they struggled to connect properly and big outfields forced them to satisfy themselves with doubles. The duo brought up their 50-run stand in 41 balls, surviving many mistimed hits and catch attempts.

After 10 overs, they needed to push their inning into the next gear now. Rohit Sharma brought up his half-century in 35 balls with a four, his 29th in the format. Kohli on the other hand still could not score a boundary. The 75-run stand between the duo was broken after Rohit was caught by Colin Ackermann at deep-midwicket on a delivery by medium pacer Fred Klassen. The skipper scored 53 off 39 balls with four boundaries and three sixes.

Suryakumar Yadav joined Kohli on the crease and the latter also broke his boundary drought with a straight four over the bowler’s head. A four by Suryakumar took India to the 100-run mark in 13.2 overs.

Suryakumar kept showing his impressive range of shots, helping Men in Blue reach 114/2 in 15 overs, with Kohli (32*) and Suryakumar (17*). The 16th over was good for India as it gave them 14 runs. In the next over, Virat also hit some attractive shots to bring up his second straight fifty in the tournament in just 36 balls, which was also his 35th in the format. The 17th over gave away 16 runs.

Virat finished with 62* off 44 balls with three boundaries and two sixes while Suryakumar finished with 51* off 25 balls with seven fours and a six. The duo formed an unbeaten 95-run stand in 48 balls. Fred Klaassen and Paul van Meekeran took a wicket each for Dutch.

GDP growth rebounded to 2.6% rate in third quarter in reprieve from recession fears