ICC ODI Rankings: The completion of the recent white-ball series between England and India has had major ramifications on the latest MRF Tyres ICC Men’s ODI Player Rankings, with a host of big name players making big gains and yet another change for the top ranked bowler. Follow cricket NEWS & LIVE updates with InsideSport.IN

While India clinched a narrow 2-1 triumph in what was a thrilling series, the decision by star pacer Jasprit Bumrah to sit out the final match in Manchester has come at a cost as he fell one place on the rankings for bowlers.

The ICC released the latest Men’s player rankings on Wednesday and Bumrah’s absence from India’s playing XI helped New Zealand quick Trent Boult re-claim the mantle at the top of the list for bowlers.

The news was better for a bevy of Bumrah’s India team-mates, with Yuzvendra Chahal jumping four spots to 16th on the rankings for bowlers and Hardik Pandya rising a whopping 13 places to eighth on the list for all-rounders.

Chahal picked up seven wickets during the ODI series against England, while Pandya dominated with bat and ball to take six scalps and make a total of 100 runs.

England all-rounder Ben Stokes drops four spots and out of the top 10 for all-rounders to 11th overall, while compatriot Chris Woakes fell two spots on both bowler and all-rounder lists after he failed to feature during the series.

Talented India left-hander Rishabh Pant – who scored a brilliant unbeaten 125 during the final match of the England series – was rewarded for his strong form with a rise of 25 spots to 52nd overall on the list for batters.

Pandya jumped eight spots to 42nd following his excellent series, while there was some re-shuffling inside the top 10 after South Africa’s strong start to their ODI series against England.

World Cup 2023: BCCI in a fix as Finance Ministry levies 21 percent tax, might have to cough up Rs 800 crore: Check WHY?

Rassie van der Dussen hit his third ODI century at Chester-le-Street on Tuesday and that helped the 33-year-old jump three places to third overall on the batter rankings. 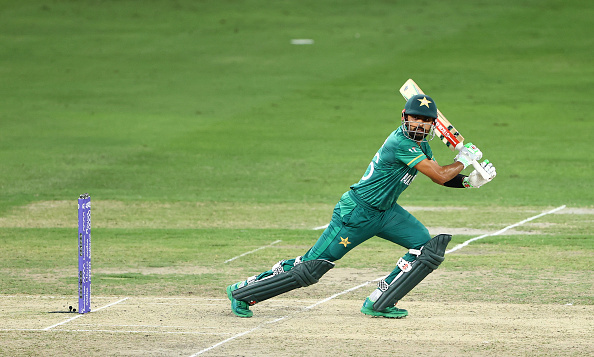 There was no change on the Test rankings this week, while the only movement on the latest T20I rankings were minor and outside the top 10.

New Zealand’s Glenn Phillips jumped five spots to 30th overall on the batter rankings following his Player of the Match performance in the first match of the Black Caps’ three-game series against Ireland in Belfast.

Kiwi speedster Lockie Ferguson rose a whopping 25 spots to 40th on the rankings for bowlers, while a pair of Zimbabwe players made big gains on the all-rounder list after they clinched their place at the ICC T20 World Cup later this year by winning the Qualifier B tournament on home soil.

Sean Williams rose eight spots to be placed 12th overall for T20I all-rounders, while compatriot Sikandar Raza jumped five places to 19th after he was named Player of the Tournament during the Qualifier B event.

Mirabai Chanu explains why World Championship competition will be great

Republicans call for transparency on Education Dept. spending at colleges that restrict...