Sainz, who will have a grid penalty for Sunday’s race, was 0.077 slower with the Mercedes pair of George Russell and seven times world champion Lewis Hamilton third and fourth fastest respectively.

Hamilton, a five times winner at Monza, will be starting from the back on Sunday due to a raft of engine-related penalties. Red Bull’s runaway championship leader Max Verstappen was fifth fastest, with Alpine’s Esteban Ocon and Fernando Alonso sixth and seventh. 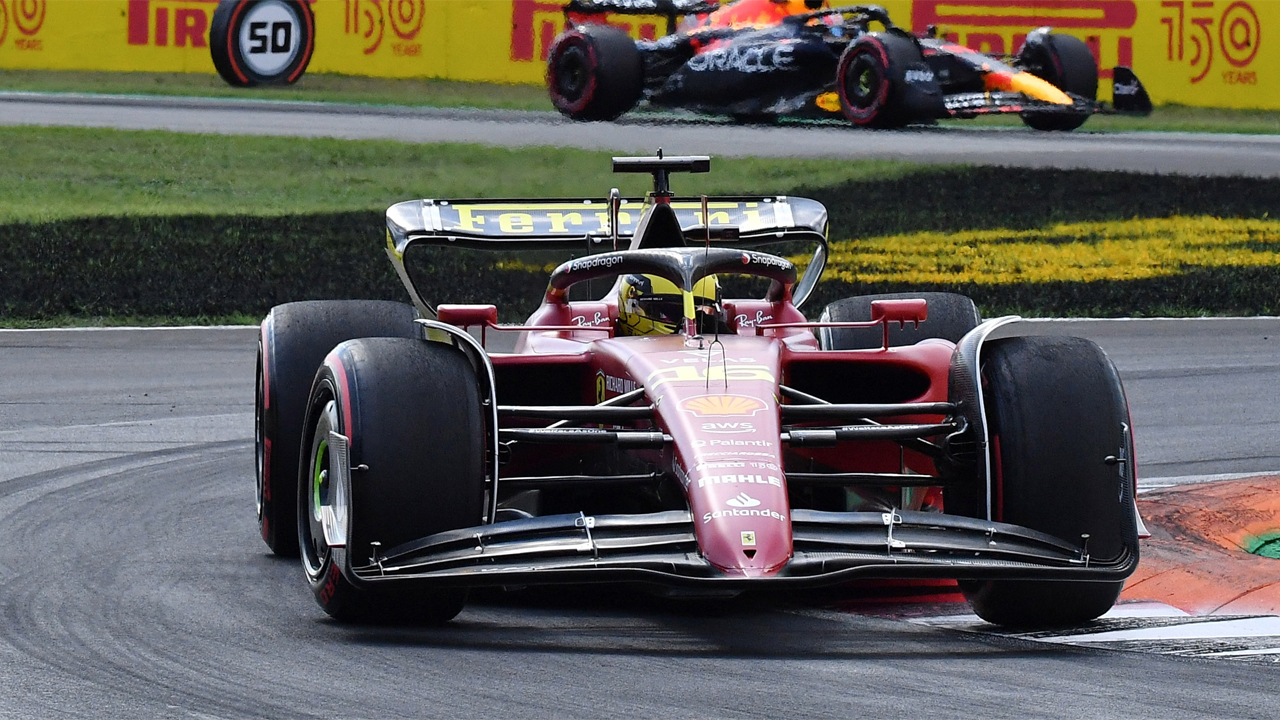 The Dutch driver, now 109 points clear of Leclerc with seven races remaining, will also have a five place grid penalty due to exceeding his engine allocation. His Mexican team mate Sergio Perez will drop 10 places.

At the bottom end of the timesheets Dutch driver Nyck de Vries stood in for Sebastian Vettel at Aston Martin — the third team he has represented in practice this season after Mercedes and Williams.

Ferrari’s Italian reserve Antonio Giovinazzi, dropped by Alfa Romeo at the end of last season, replaced Mick Schumacher at Haas for the session and was 18th.

The teams — a majority of them based in England — stood in the pit lane outside their garages to observe a minute’s silence before the session started with the drivers wearing black armbands.

A photograph of the Queen, whose parents attended Formula One’s first world championship grand prix at Silverstone in 1950, appeared on a big screen over the podium.

World championship leaders Red Bull said they had pared back social media and silenced the music usually playing in the garage while mechanics are working.

Teams also carried messages of respect on the cars for Britain’s longest reigning monarch, who died aged 96 on Thursday. Hamilton, who received an honour from the Queen after his first championship in 2008 and was knighted last December by the now King Charles III, posted a message on Instagram.

“She was a symbol of hope for so many and she served her country with dignity, dedication and kindness,” he said. “She was truly like no other and I’m grateful to have lived during her time.”

Formula One’s Italian chief executive Stefano Domenicali spoke of the “huge respect for what she did, and what she’s leaving as a legacy.”

Tsarukyan vs Gamrot, watch it Live in India