IND vs NZ LIVE: Deepak Chahar’s tryst with his volatile fitness continues. The Indian Premier League (IPL) most expensive pacer is not…

IND vs NZ LIVE: Deepak Chahar’s tryst with his volatile fitness continues. The Indian Premier League (IPL) most expensive pacer is not at 100%, a BCCI selector has told InsideSport. With a string of injuries, the star bowler for the Chennai Super Kings is skipping one high-profile event after another. After missing out on IPL 2022, and ICC T20 World Cup 2022, Chahar has also missed the 1st ODI vs NewZealand because of fitness issues. It is to be seen whether he will take part in the second ODI vs NZ or not. Watch IND NZ 2ND ODI LIVE on Prime Video & follow INDIA vs NewZealand LIVE Updates Updates on Insidesport.IN

IND vs NZ LIVE: Is all okay with Deepak Chahar? IPL’s MOST EXPENSIVE pacer struggles for FITNESS, Selector says ‘he is not at 100%’ – CHECK out

Senior pacers Jasprit Bumrah and Bhuvneshwar Kumar will attest that fast bowlers frequently experience such phases in their careers, so the injuries to Deepak Chahar are troubling but not unexpected.

“He is getting there but still not at 100%. Deepak has had series of injuries. So, it’s important not to rush him. He is with the team and once the team physio feels he is at 100%, he will play. He will be an important player for India,” one of the outgoing selection committee members told InsideSport.

Since February 2022, Chahar has suffered a string of wounds; in our timeline, we examine the injuries and their effects on the Indian pacer.

During the third Twenty20 match of India vs. West Indies series, Chahar suffered his first injury of the year, a quadriceps tear on his right leg. After he had already taken two significant game-changing wickets, the incident took place on the penultimate ball of his second over.

The injury came right after Chahar was bought for a whopping Rs 14 crore by CSK at the mega IPL auction.

April 2022: Back injury during rehab at NCA; out of IPL

The bowler injured his back days before the IPL season. Ironically, he suffered a stress fracture while he was resting from his wound from the Windies series at the National Cricket Academy in Bengaluru.

The BCCI announced on June 21, 2022, that Chahar would require a month or more to fully recover. Hence, Deepak Chahar had to skip the IPL. 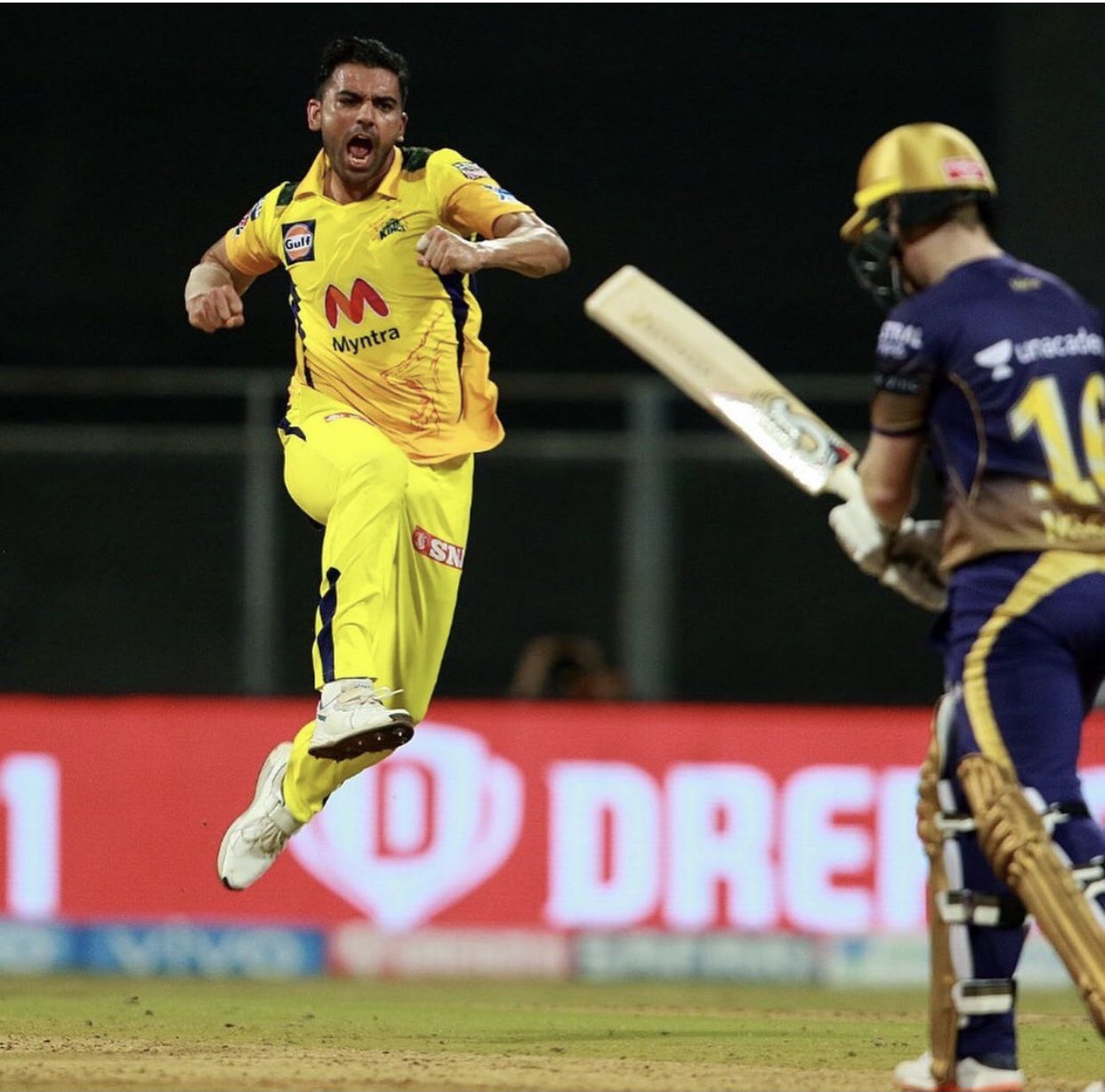 The Harare pitch, which suited his abilities on his comeback to the international stage, helped Chahar pick up five wickets in two one-day internationals for a second-string India team touring Zimbabwe.

As a standby, Deepak Chahar travelled to the UAE with India’s primary team for the Asia Cup 2022. When needed, he took the place of an unwell Avesh Khan in the lineup for the match against Afghanistan. In the game, Chahar bowled his four allotted overs, picking up 0 wickets for 28 runs.

All set to open the innings at my home ground tonight. 😃 pic.twitter.com/Rr8Z4VfKhK

On the eve of the first ODI between India and South Africa, Deepak Chahar sustained a new injury when he injured his ankle during practise in Lucknow. Chahar didn’t appear in the game, and it was quickly made known that he wouldn’t be appearing in the rest of the series.

It was also announced that Chahar won’t be flying to Australia in another five days due to his ankle ailment, which rendered him ineligible for selection.

After the royal thrashing Team India received at the hands of New Zealand in the ODI in Auckland, it’s a DO-OR-DIE battle for Shikhar Dhawan and Co. in Hamilton. The Seddon Park in Hamilton is the venue for the second ODI due to be played on Sunday.

IND vs NZ LIVE: Is all okay with Deepak Chahar? IPL’s MOST EXPENSIVE pacer struggles for FITNESS, Selector says ‘he is not at 100%’ – CHECK out

A brand new collaboration is coming to the game