IPL 2023 – Ravindra Jadeja CSK Break-UP Final? As reported earlier, Ravindra Jadeja is set to part way with Chennai Super Kings. Jadeja according to the reports will be listing himself at the IPL TRADING WINDOW and will look for offers from other teams. A report by TOI claims that Jadeja and CSK are completely out of touch since the last season of IPL and the BREAK-UP between two is inevitable: Follow IPL 2023 LIVE Updates & Indian Cricket LIVE Updates with InsdieSport.IN.

could be coming to an end unless something miraculous happens in the next couple of months. I

t is understood that the Indian allrounder has been completely “out of touch” with the CSK management since the time the IPL got over in May.

CSK is known to function ‘like a family’ and players stay in touch with the franchise through the year.

But Jadeja, who underwent a rehab at NCA, before coming back to the Indian team, has kept the Chennai franchise completely in the dark and has not been part of any activity of CSK. Jadeja was stripped of captaincy midway through IPL when the management felt that the burden of leadership was affecting his game. The allrounder, though, with national captaincy ambitions, clearly took it as in insult and the moment he was ruled out of the event with a rib injury, decided to sever all connection with the franchise.

Since the time he left the team hotel in Mumbai in midMay, the franchise has been unable to sort out the differences. Jadeja, meanwhile, has deleted all his CSK-related posts from his social media accounts and was also the only player who was not part of the video that was put out by CSK to wish captain Dhoni on his
birthday.

With Dhoni already saying that he would play the next IPL and most probably leading the team, it is extremely unlikely that Jadeja would be ready to be back. However, the first serious indication that Jadeja wants an ‘out’ will be when a formal proposal of trading will come from other franchise.

At that point, Jadeja would have to sit down with the CSK authorities and there could be a last-ditch effort on the part of Dhoni and the senior management to pacify him and keep him in the team.

Jadeja joined CSK in 2012 and he wasn’t an instant success with the team. There have been a lot of ups and downs an d CSK, and more importantly Dhoni, have stuck with him through thick and thin. It was Dhoni who identified Jadeja’s potential as a Test match bowler and now he has gone on to become an important part of the Indian team in all three formats. 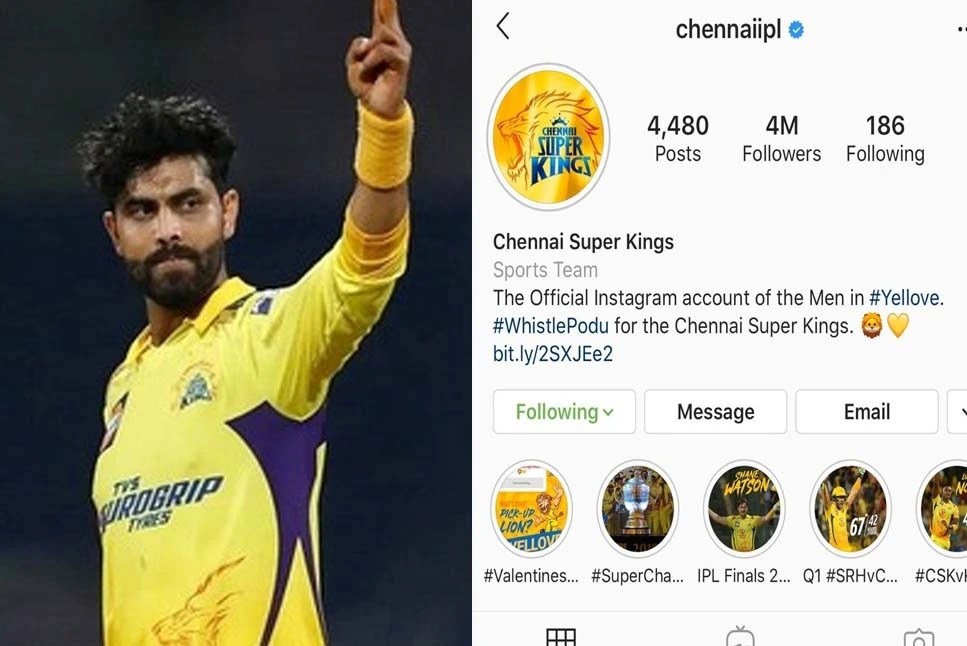 All these emotional factors, too, could come into play when it seriously gets down to business in November. There hav e been whispers that a couple of top franchises, who will need an Indian captain sooner rather than later, have been in touch with the player, but there has been no official communic ation on those lines. To keep these big boys away from Jadeja, Dhoni’s man-management skills could be crucial, provided the Saurashtra player is ready to listen. CSK insiders still insist Dhoni sincerely believed that Jadeja’s place in the Indian T20 team could come under scanner if he didn’t perform in the IPL and that’s why he was relieved of his captainc y. For now, the focus will be on India’s T20 World Cup campaign, but the Jadeja-CSK equation will keep the franchises on their toes as they look to build stronger teams for the next IPL se ason.

All you want to know about Asia Cup 2022

IND vs PAK Highlights: WATCH Virat KOHLI gets emotional, get tears in eyes after leading India to MAGICAL VICTORY: CHECK OUT