IPL 2023 – Mark Boucher SA20: Finally, the real reason behind Mark Boucher’s decision to step down as coach of the South…

IPL 2023 – Mark Boucher SA20: Finally, the real reason behind Mark Boucher’s decision to step down as coach of the South African Cricket team is revealed. Boucher according to reports in SA Media, is getting associated SAT20 as well as IPL 2023. The report claims that Boucher has been offered a very lucrative contract by the promoters of MI BRAND. The Proteas coach will be the HEAD Coach of MI Cape Town in SAT20 and will have a role to play in Mumbai Indians during the IPL Season 16: Follow IPL 2023 LIVE Updates with InsideSport.IN

It is also being speculated that Boucher will also get associated with the MI Emirates Franchise in International T20 League. It is worth noting, that Mumbai Indians, MI Cape Town, MI Emirates are all owned by the promoters of Reliance Industries. 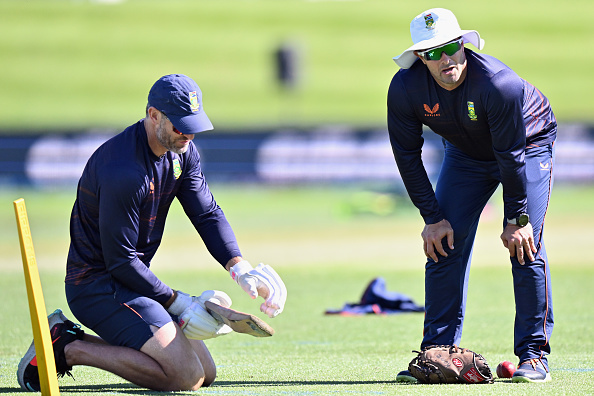 IPL 2023: Mark Boucher to take over as HEAD-COACH of MI Cape Town, association with Mumbai Indians for IPL 2023 also in pipeline: CHECK DETAILS

On Monday, South Africa lost the Test series against England 2-1. Boucher shocked everyone in CSA by announcing in the team meeting he would be leaving his South Africa role after a near three-year stint.

According to the CEO Pholetsi Moseki, who said Boucher wanted to “pursue other interests and opportunities”.

While Boucher might not have extensive experience as a head coach in franchise T20 cricket, he had realized that he could foray into full-time coaching after a stint with Kolkata Knight Riders as their wicketkeeping consultant in IPL 2016.

Boucher worked as a head coach at Titans before taking charge of the national side.

Has Brand MI Offered Boucher a triple role? Though nothing has been announced officially but the media report claims that Boucher has got a lucrative contract with all 3 franchsies owned by Reliance Industries Promoters.