India Tour of England – Rohit Sharma Covid Positive: Rohit Sharma has tested positive for Covid-19 as per the result of a Rapid Antigen Test (RAT) conducted on Saturday (June 25). A BCCI release stated that the Indian captain has been placed under isolation and an RT-PCR test has been scheduled for Sunday to confirm and ascertain the severity of the infection.

Rohit was involved in India’s ongoing tour game against Leicestershire but didn’t bat on Day 3 of India’s second innings. He opened the batting in the first dig and made 25 before being dismissed by Roman Walker.

He now faces a race against time in order to make the rescheduled Test against England at Edgbaston that starts on July 1. India are already without their other regular opener KL Rahul, who is down with a groin injury.

Rohit was India’s best batsman over four Tests last year before the final Test had to be rescheduled due to Covid-19 concerns in the Indian camp. He aggregated 368 runs at an average of 52.27 including a hundred at The Oval. India lead the series 2-1 and need to avoid defeat in the final Test to clinch their first Test series win in England since 2007.

Despite going through a lean patch and with no red-ball cricket in over three months, Indian captain Rohit Sharma decided not to bat on Saturday. Instead, Shreyas Iyer and Ravindra Jadeja batted twice in an innings and even Mohammed Siraj got batting practice. With a string of injuries already seeing him missing out, it raises one big question, is all okay with Rohit Sharma?

Top-scorer for India in England last year, Rohit Sharma’s stats have taken a nose dive after taking over Indian captaincy. He spent the entire IPL season without scoring a half-century and struggled with niggles and injuries.

In the first innings against Leicestershire, Rohit did start well but once again fell to his pull-shot nemesis off Roman Walker for 25. While he was seen on the field on Day 2, he was completely missing from action on Day 3. The only chance he will have for some batting practice if he opens for Leicestershire on Sunday.

India Tour of England: Why Rohit Sharma’s absence is concerning?

Rohit pulls a short ball from @RomanWalker17 up into the sky, @AbiSakande is under the catch. 👐@imVkohli walks to the middle. Watch him bat. 👇

As for the Leicestershire warm-up match, India will be missing practice against quality England pace bowlers. In three days so far, Indians have faced 133 overs of bowling from Indian bowlers. As for local bowling, India faced just 76 overs of local bowling attack. But amongst them, Roman Walker was the most successful one as he bagged a fifer in the first innings. 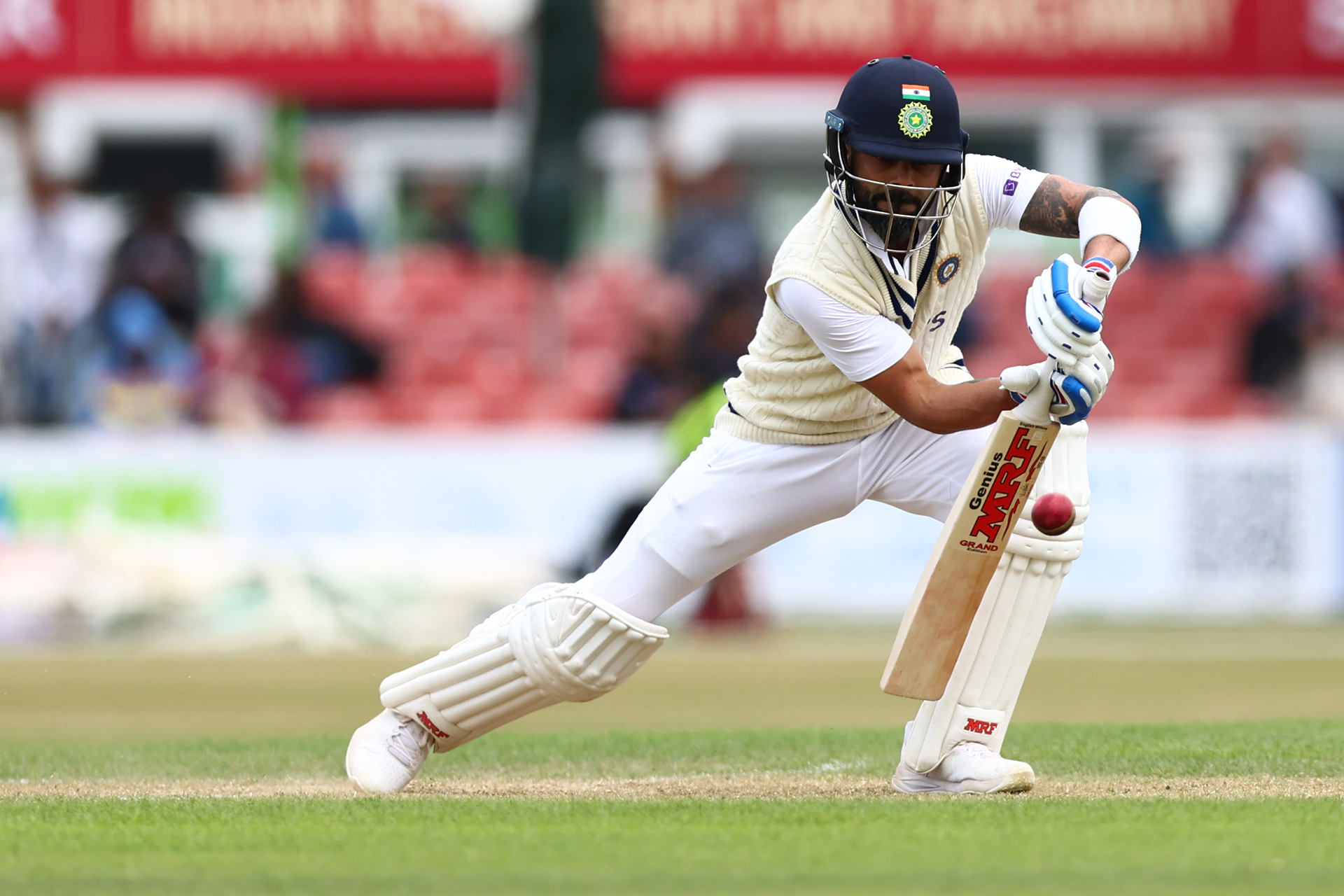