India Playing XI 5th T20: India vs West Indies LIVE Streaming – India captain Rohit Sharma is unlikely to tinker with his combination as the Men in Blue prepare for the IND vs WI 5th T20I on Sunday. With two games back to back in 24 hours, the Hit-Man is unlikely to experiment, meaning opportunities are in order for Sanju Samson and Deepak Hooda to impress before the Asia Cup squad is announced. Ishan Kishan, who has warmed the bench for the entire tour, could also feature in the final match of the series. Follow India tour of West Indies LIVE Updates on Insidesport.IN

India Playing XI – Rohit Sharma is likely to stick with the majority of his team from the 4th T20I when he names his XI for the series finale on Sunday. India had made a handful of changes for the penultimate game with the likes of Sanju Samson, Axar Patel and Ravi Bishnoi all returning to the side. The trio put in a fine shift in Lauderhill on Saturday and are expected to be retained in the team in what will be their final chance before the Asia Cup squad is announced. 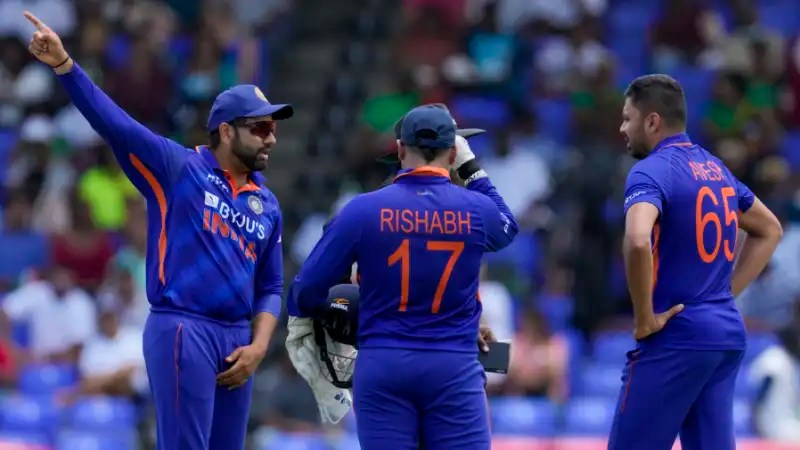 The Selection Committee is expected to meet on Monday and performances during the India vs West Indies series will be taken into account when the Chetan Sharma-led committee announce their squad for the continental event. The likes of Sanju Samson, Deepak Hooda, Avesh Khan and Ravi Bishnoi, who are on the fringes of the T20 World Cup squad, will be keen to put up a show on Sunday.

Perhaps the only change Rohit Sharma could make from the side is giving Ishan Kishan a look into the team. The young keeper-batsman has been part of the team since the start of the tour but has warmed the bench for all games so far. With the tour ending on Sunday, Kishan might receive his opportunity at the top of the order.

Suryakumar Yadav is certain to make the squad for the T20 World Cup later this year and he could be rested in a bid to provide Ishan Kishan with an opportunity. A left-field would move could see Rohit Sharma rest himself for the final game, with India having already won the series. In that case, Rishabh Pant would take up captaincy should vice-captain Hardik Pandya also continue to rest.