That Winning Feeling! 👏 👏 #TeamIndia begin the T20I series with a superb win in Thiruvananthapuram. 🙌 🙌

“The wicket was tricky. You learn a lot playing such a game. You understand what the team needs to do in tough conditions. It was nice to play a game like that. We knew the bowlers will get something seeing grass on the pitch, but we didn’t expect help for the full 20 overs. It was still damp. Both teams were in the contest and the team that played better won the game. We started well, got 5 wickets in quick time and that was the turning point. A perfect showcase of how to bowl when there is help for the pacers,” Rohit Sharma said in a post-match presentation. 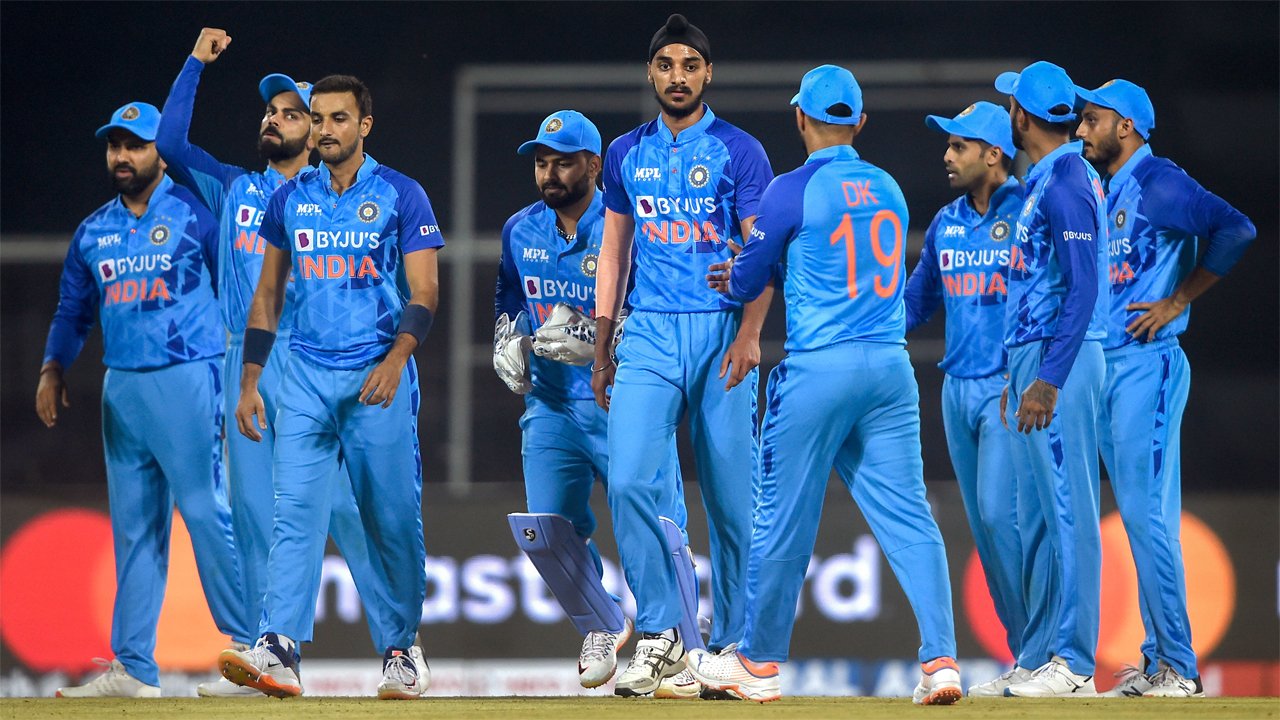 For India, Suryakumar played a knock of unbeaten 50 while KL Rahul smashed 51 not out. For South Africa, Kagiso Rabada and Anrich Nortje bagged one wicket each.

“We knew it wasn’t going to be easy. Got to respect the conditions. Lost two wickets and that partnership between KL and Surya got us home,” he added.

Talking about the match chasing a target of 107, India got off to a bad start as they lost their opening batter Rohit Sharma for a two-ball duck in Kagiso Rabada’s over.

Virat Kohli also could not do much and went back to the pavilion after scoring just three runs in the over of Anrich Nortje.

India needed six runs in 24 balls, and Suryakumar brought up his half-century in 33 deliveries. With a help of a six on the fourth delivery of the 17th over KL Rahul also brought up his fifty and took his side home with an eight wickets victory over Proteas.

Opting to field first, India got off to a flying start as Chahar and Arshdeep rocked South Africa’s top order. Chahar got the ball rolling for India with the wicket of the Proteas captain Temba Bavuma in the final ball of the opening over.

In the very next over it did not take long for Arshdeep to send Quinton de Kock and David Miller packing for one and zero runs respectively. At this point, South Africa was struggling to find a place on the Indian bowler as they were tottering at 8-4.

Chahar delivered another blow to the Proteas’ top order as he dismissed Tristan Stubbs, who was caught by Arshdeep Singh. This was the third golden duck in the space of five balls. Wayne Parnell then came out to bat.

Arshdeep took 3 wickets in an over and Chahar struck twice as South Africa was five down in powerplay. Aiden Markram looked in great form but could not do much as he was sent packing by Harshal Patel after scoring 25 runs in 24 balls.

Markram helped South Africa build a bit with 25, his dismissal left Proteas tottering at 42-6 after 10 overs. Keshav Maharaj then tried to form a much-needed partnership with Wayne Parnell.

Parnell then tried to play a big shot but handed an easy catch to Suryakumar Yadav on the delivery of Axar Patel. Parnell went back to the pavilion after scoring 24 runs in 37 balls.

In the second last over, Keshav Maharaj smashed 17 runs in the spell of Ashdeep. Maharaj’s fighting 41 kept a small hope alive for South Africa, however, he failed to continue his form in the last over as he was bowled out by Harshal Patel after scoring 41 runs in 35 balls.

In the last over Patel bounded Proteas batters, never letting them score any run and restricted them to a total of 106/8.