IND vs SA Live Score – Bengaluru 5th T20 LIVE: India vs South Africa 5th T20 Live Updates: All eyes will be on captain and batter Rishabh Pant when India take on South Africa in the series decider in Bengaluru. India have bounced back from 0-2 down to level the series in Rajkot. But eyes will be on Pant who will be not only to improve his performance but also eye double revenge against Temba Bavuma-led side. Follow IND vs SA 5th T20 Ball by Ball Live Updates on InsideSport.IN.

Bengaluru 5th T20 LIVE: In a space of eight days, this Indian team has played four games. It fielded an identical XI, which is in sync with Rahul Dravid’s “school of continuity”. Although it failed in the first two games, only to break its own record of the highest margin of victories over the Proteas — by 47 runs in the third game and by 82 runs in the fourth.

With Dinesh Karthik doing exactly what is expected of him and Harshal Patel and Avesh Khan also hitting the straps, the Indian fans would want to see Yuzvendra Chahal perform a trick or two at his IPL home ground in a match that matters the most.

.@DineshKarthik put on an impressive show with the bat & bagged the Player of the Match award as #TeamIndia beat South Africa in Rajkot. 👏 👏 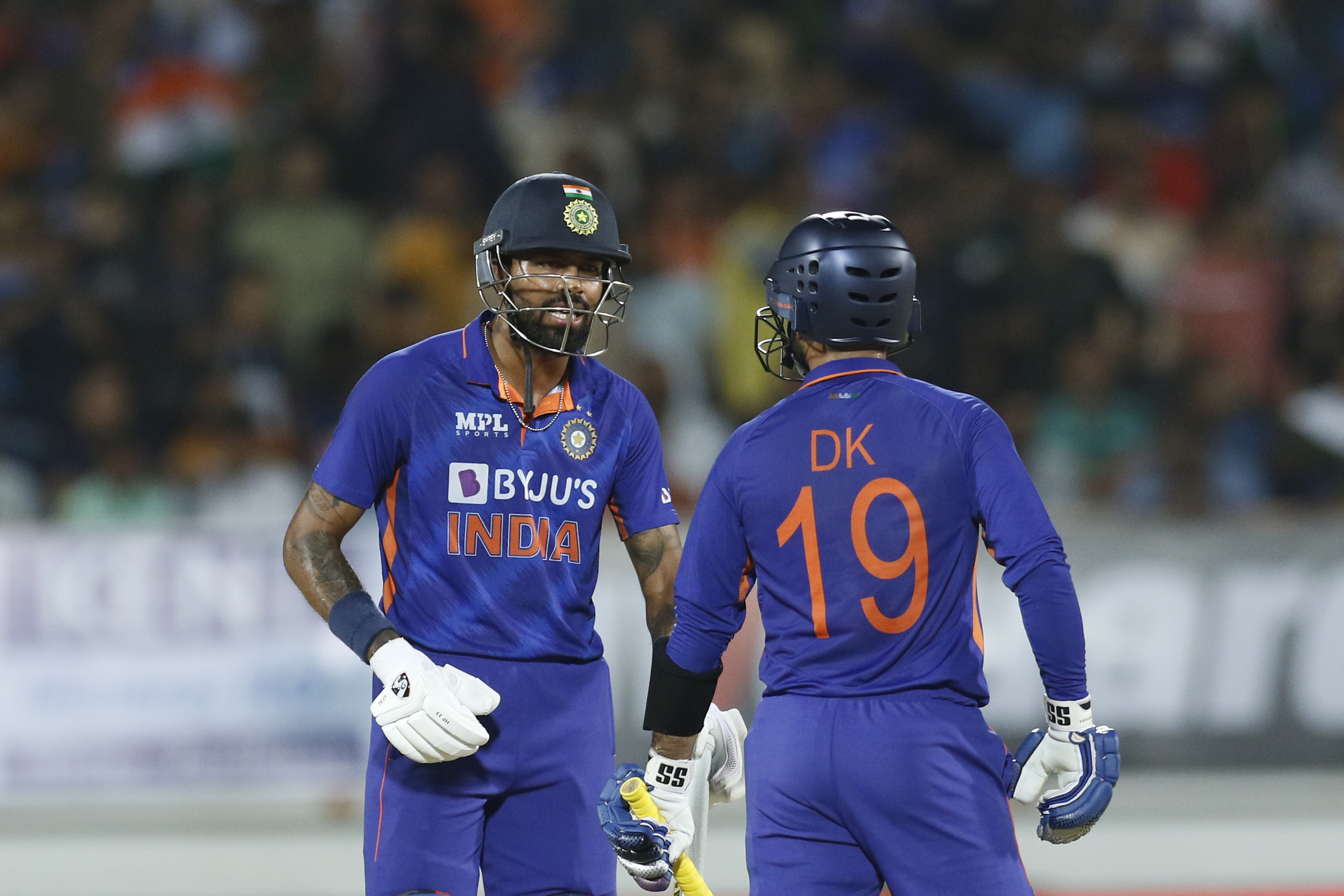 A young captain who, perhaps, would have liked a few days in his hometown in Rourkee had there not been a pressure from one of the stakeholders to have at least a few stars in the absence of safe ‘box-office’ bets like Virat Kohli, Rohit Sharma or Jasprit Bumrah.

Neither has Pant’s captaincy been exceptional nor has his similar pattern of dismissals inspired confidence but India have somehow managed to pull through.

If they finally win the series the young man would be in that leadership mix alongside Hardik Pandya and KL Rahul when the next transition in Indian cricket happens after the 2023 ODI World Cup.

Clinical win for #TeamIndia in Rajkot! 👏 👏

IND vs SA Live: Problems to solve for Rahul Dravid

.@Avesh_6 scalped 4⃣ wickets and was our top performer from the second innings of the fourth @Paytm #INDvSA T20I. 👏 👏 #TeamIndia

A summary of his performance 🔽 pic.twitter.com/4ExtPvIlTB

Where will the fifth T20I between India vs South Africa be held?

The fifth T20 between India vs South Africa will take place at the M Chinnaswamy Stadium, Bengaluru.

What time will the India vs South Africa fifth T20I start?

The fifth T20I between India vs South Africa will start at 7:00 pm IST on Sunday, June 19.

How to watch the live streaming of India vs South Africa fifth T20I?

The live streaming of the fifth T20I between India vs South Africa will be available on Hotstar.

You can also follow InsideSport.IN for LIVE updates of the IND vs SA fifith T20I match.