IND vs PAK LIVE: Ahead of the blockbuster match against Pakistan in the Asia Cup on Sunday, former India skipper and star batter…

IND vs PAK LIVE: Ahead of the blockbuster match against Pakistan in the Asia Cup on Sunday, former India skipper and star batter Virat Kohli revealed he first met Babar Azam during the 2019 World Cup and that the Pakistan captain will go a long way as a player due to his personality attributes. Follow India vs Pakistan live Asia Cup 2022 updates with InsideSport.IN

Virat Kohli Unique Record: On Sunday, Virat Kohli to become 1st ever Indian cricketer to play 100 matches in all FORMATS

“The first talk with Babar Azam was after 2019 WC, we sat down and talked a lot. He had lots of respect, that hasn’t changed even after doing so well in world cricket – he is so down-to-earth character, he will go a long way as a player,” Kohli said in a chat with Star Sports. Azam has been in fine form in 2022. 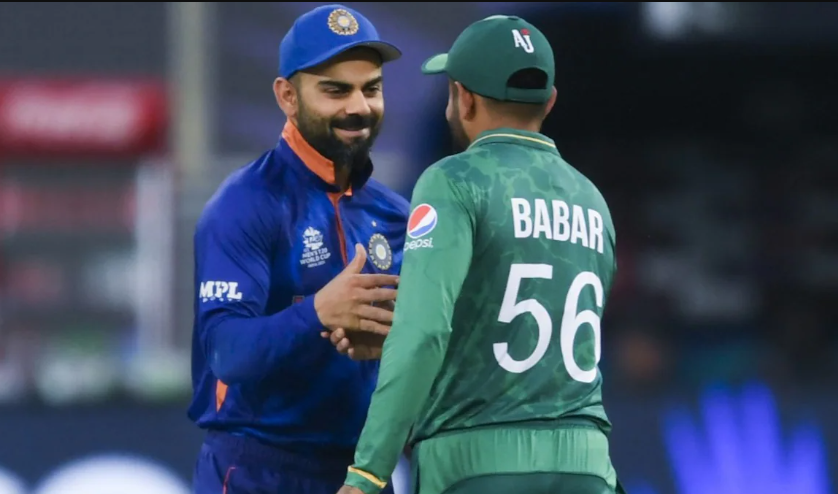 He is the world’s leading batter in ODI and T20I formats while he is at the third spot in the Test rankings. Across all formats this year, Azam has played 15 matches and has scored 1,406 runs in 19 innings at an average of 78.11. His best individual score is 196. Five centuries and ten half-centuries have come out of his willow this year.

“We sat down and spoke about the game. I saw a lot of regard and respect from him and that hasn’t changed regardless of the fact that he is probably the top batter in the world right now across formats, performing so consistently,” Kohli said.

“And rightly so, he has amazing talent and I have always enjoyed watching him play. So that hasn’t changed. He is performing now and he is coming into his own, but I don’t see his attitude or his approach change towards me, which is a very good sign of someone who is very grounded in the foundations of his upbringing.”

In the same interview, the former India captain also revealed that during the break, he did not touch his cricket bat for a month.

“For the first time in 10 years, I didn’t touch my bat for a month. I came to the realisation that I was trying to fake my intensity a bit recently. I was convincing myself that no, you had the intensity. But your body was telling you to stop. The mind was telling me to take a break and step back,” Kohli said.

“I’m looked at as a guy who is mentally very strong and I am. I am but everyone has a limit and you need to recognise that limit or things can get unhealthy for you so this period has actually taught me a lot of things that I was allowed to come to the surface and when I got that I embraced it. There is much more to life than just your profession or when you create such an environment people look at your identity on the basis of your profession and somewhere you start losing perspective as a human being,” he added.

Get Biebs Mural Gloo for free