IND vs ENG 1st ODI: Best opening partnership India: Shikhar Dhawan and Rohit Sharma became the second pair of Indian openers to amass 5000 partnership runs after Sachin Tendulkar and Sourav Ganguly. The duo became just the fourth pair to achieve the landmark as they amassed yet another century stand. Dhawan and Rohit delivered as India clinched a 10-wicket at the Oval.  Follow India tour of England LIVE Updates on Insidesport.IN 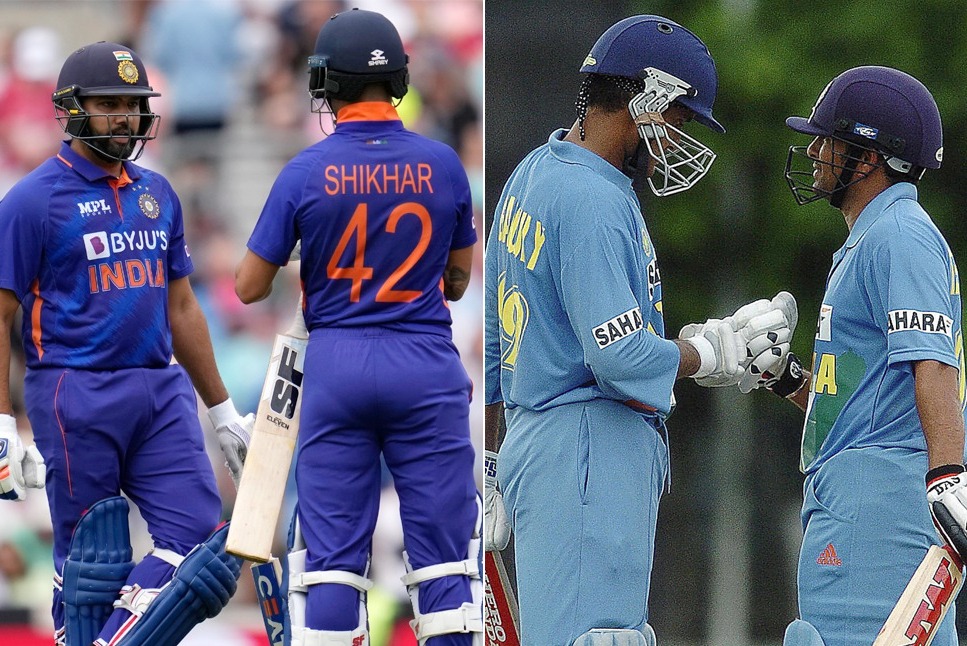 The left-right hand combination of the two players has worked wonders for India in the ODIs, scoring centuries and helping build a solid platform for the rest of the batters to follow. They added their 18th century stand in ODIs, the joint third most by a pair in ODI cricket. Rohit incidentally also has 18 century stands with Virat Kohli.

Shikhar and Rohit will be eager to deliver the goods in the first ODI at the Oval. The last time, the two players opened the innings was against West Indies at home in February. They just added 16 runs for the first wicket, but the pair will want to come up with an improved performance on Tuesday and play an important role in the match as well.

India have always been blessed with great ODI opening pairs in the past. The legendary opening pair of Tendulkar and Ganguly is regarded as one of the best. Even Tendulkar and Virender Sehwag were a great ODI pair. The opening duo of Rohit and Shikhar also fall in the same bracket of top India ODI openers.

Another milestone: Interestingly when Shikhar Dhawan walks onto the field on Tuesday, he is on the cusp of another personal milestone. He will be representing India for the 150th time in ODI cricket. He will only become the third left-hander from India to get this landmark after legends Ganguly and Yuvraj Singh.

Interestingly, Shikhar, one of the senior players, has been leading the Indian team when regular captains are not available. In fact, he is looked upon as a upon as a ODI specialist these days and has been amongst the runs in the 50-overs format.

The Information is starting a social network for subscribers

IND vs IRE Tickets SOLD OUT in 30 Minutes