IND vs BAN Test series: Shakib Al Hasan will lead Bangladesh as the hosts have named a strong 15-man squad for the…

IND vs BAN Test series: Shakib Al Hasan will lead Bangladesh as the hosts have named a strong 15-man squad for the 1st test against India. Tamim Iqbal misses out with an injury that ruled him out of ODIs. Meanwhile, Taskin Ahmed who is struggling with a niggle is expected to be fit. The 1st test kicks off in Chattogram on December 14. Follow India vs Bangladesh LIVE Updates on Insidesport.IN 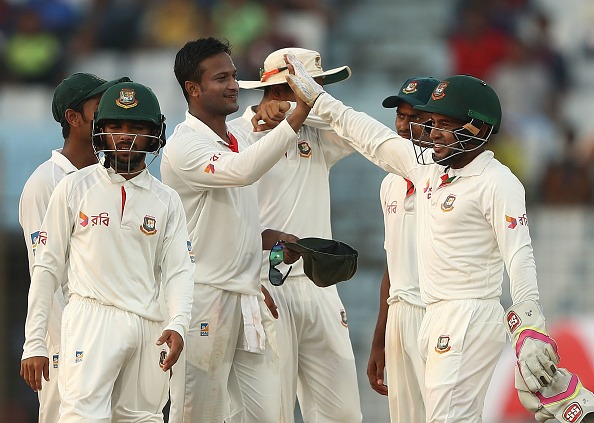 After sealing the ODI series win on Wednesday, the BCB announced the 15-man squad for the 1st Test starting on December 14. The hosts have named a strong side led by Shakib Al Hasan. The all-rounder was reinstated as captain earlier this year, with Litton Das his deputy.

Taskin Ahmed is fit and is named in the squad for the 1st Test after missing out on the two ODIs due to injury. However, veteran opener Tamim Iqbal misses out after a groin injury. His participation in the second test also remains doubtful.

“Our physio said he won’t be able to play in the first Test. But we are awaiting the medical report for the second Test. So, we’ve announced the squad for the opening Test,” BCB chief selector Minhajul Abedin told Cricbuzz.

Mehidy Hasan Miraz, India’s biggest nemesis on this tour, will feature in the Test. He will be supported by fellow spinner, Taijul Islam. Zakir Hasan scored a fine century in the first Test of the ‘A’ series. He thus received his maiden call-up to the senior squad. Rejaur Rehman could also make his debut for the Bangla Tigers in this series.

“As for Zakir we feel he is performing regularly in domestic cricket to earn a spot in the Test squad,” Minhajul added.