IND vs AUS LIVE: India vs Australia: Having crucially returned to form before the T20 World Cup, Virat Kohli has continued his…

IND vs AUS LIVE: India vs Australia: Having crucially returned to form before the T20 World Cup, Virat Kohli has continued his ascent towards greatness with a stellar half-century on Sunday. With the series level at 1-1, Kohli dug deep and saw his team over the line in a fine knock in Hyderabad. The former India captain has surpassed multiple records in the process, closing in on Sachin Tendulkar while going past Rahul Dravid. Follow Indian cricket live updates on Insidesport.IN

Virat Kohli scored yet another fifty in a run chase as India sealed a six-wicket victory. The 33-year-old on the process went past now head coach Rahul Dravid to become India’s second-best batsman in history. 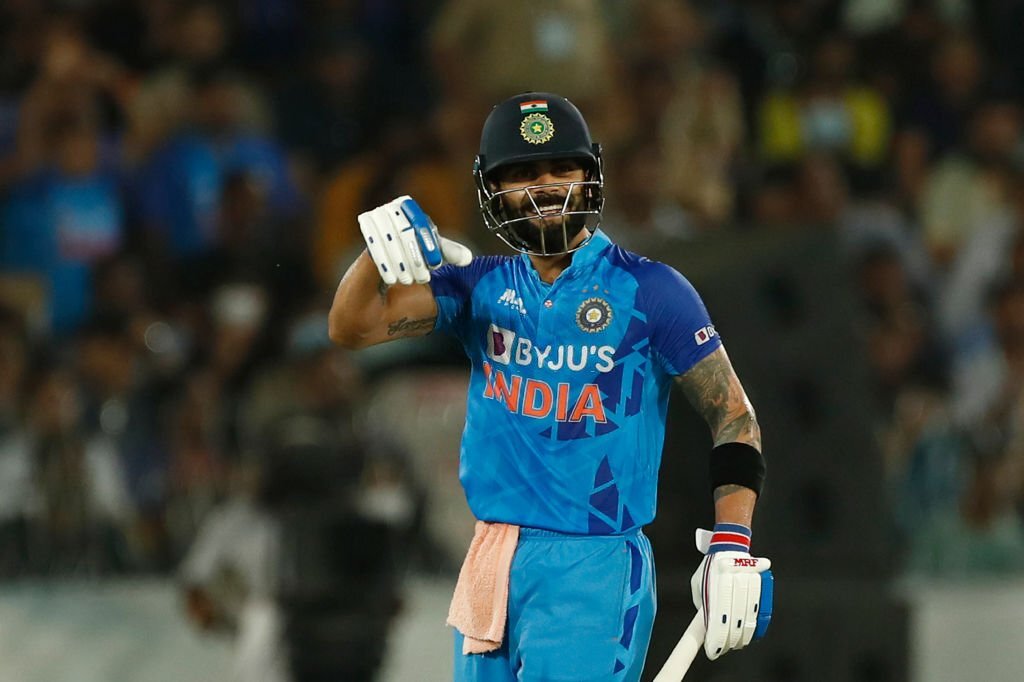 The 33-year-old now has 24,078 runs in his international career till date. Among Indians, the number is only bettered by Sachin Tendulkar. En route his innings he went past Dravid, who had 24,064 to his name during his glorious career.

Most runs in international cricket for India

Among players to have scored more than 10,000 runs for India in international cricket, Kohli is the only player with an average of above 50. Sachin Tendulkar and Rahul Dravid both have averages of 45, while the rest dangle in the late 30s to the early 40s range.

On Sunday, Kohli looked settled to do better than his two previous failures and delivered on his promise. The former India captain stitched a vital stand with Suryakumar Yadav in the middle. The duo put 104 for the third wicket with Kohli playing second fiddle.

Suryakumar’s dismissal saw Kohli change gears and India motored along well to seal the tense chase, The 33-year-old was eventually dismissed for 63 off just 48 deliveries, laced with three boundaries and four sixes.