IND-A vs NZ-A: Left-arm wrist spinner Kuldeep Yadav said he didn’t know how to cope when he lost his place in the…

IND-A vs NZ-A: Left-arm wrist spinner Kuldeep Yadav said he didn’t know how to cope when he lost his place in the Indian team but is not afraid of failures anymore after reaping dividends for changing his rhythm following a prolonged injury lay-off. Follow IND-A vs NZ-A updates with InsideSport.IN

IND-A vs NZ-A: Kuldeep Yadav bags HAT-TRICK to cement his place in ODI squad for South Africa series, Check OUT

The 27-year-old from Uttar Pradesh picked up a four-wicket haul, including a hat-trick to star in the win for India ‘A’ against New Zealand ‘A’ in the second unofficial ODI on Sunday. 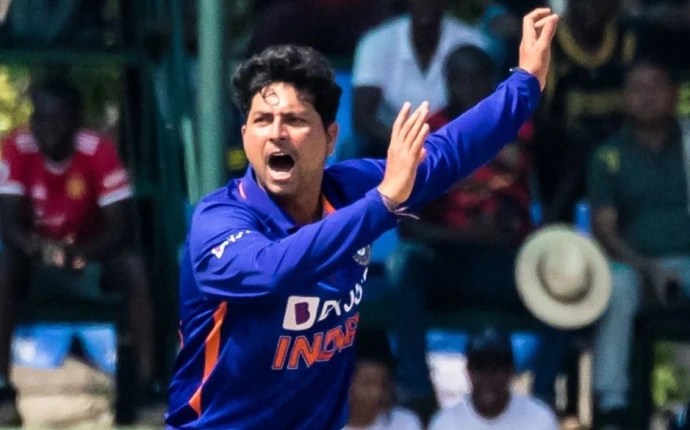 “I did not know how to cope with not getting enough game time. After the injury layoff of 4 months, I realised that I need to bowl quicker and began working on it. I am not afraid of failures now,” said Yadav after the match.

Yadav, who has featured in 7 Tests, 69 ODIs and 25 T20Is, formed a part of the famous ‘KulCha’ along with leg-spinner Yuzvendra Chahal but he has been in and out of the national side in the recent past due to loss of form and injuries.

“When you fail, you learn. When I came back to the Indian side in January. I was not afraid of failure, I wanted to enjoy the game. My focus is to keep hitting the good lengths. (Getting) wickets is not in my hands…just want to bowl in good areas,” he said.

“To be honest, when I got injured, coming back from there, understanding my rhythm was very important. I was a little bit slow. After surgery, I have changed that rhythm, bowling with more effort and more control.”

Yadav had undergone a surgery after sustaining a knee injury during the IPL in September last year. After a long rehabilitation process, he was included in the three-ODI series against West Indies and also replaced injured
Washington Sundar in the three T20s against Sri Lanka in February.

However, Yadav featured in just one ODI against West Indies and one T20 against Sri Lanka. He suffered another injury, this time on his right hand while batting in the nets ahead of the T20I series against South Africa in June.

“Right from the IPL, coming back, I was bowling well in the IPL before I got hit in the nets and was out for 2 months.

“In the West Indies, I bowled really well and in Zimbabwe as well. Accuracy and speed were phenomenal. Then coming back, I’m playing red ball (unofficial Tests vs New Zealand ‘A’). I played 2 games here…in the first game also the control was beautiful. I am very happy.”

After recovering from his wrist injury, Yadav played a T20I against West Indies last month before featuring in the three-ODI series against Zimbabwe.

Yadav said the injuries and subsequent recovery made him understand himself and his body.

“When you keep playing, you learn. You want to play more games but that could not happen. I actually didn’t know how to cope up with it.

“The injury was lucky for me. I could understand my body and on comeback, began thinking about my rhythm. It is challenging but you have to see the other part as well…It is always tough playing for India,” he said.

Sen. Barrasso says presidents can’t declassify documents ‘by saying so’ or ‘by thinking about it’

Is all okay with Deepak Chahar? IPL’s MOST EXPENSIVE pacer struggles for FITNESS, Selector says ‘he is not at 100%’