ICC Media Rights Tender – ICC Media Rights Auction: ICC Media Rights Tender has become nothing less than a SOAP OPERA which is changing colors every minute. Less than 24 hours to go for the BID SUBMISSION, ‘more mess’ has been created for already controversial tender process. The withdrawal of the the independent auditors of the media rights sale – PricewaterhouseCoopers (PWC) has not gone down well with some of the bidders. According to the latest info coming in from ICC Headquarters in Dubai, two of the top Indian broadcasters have written to ICC to conduct tender via e-auction only: Follow ICC Media Tender LIVE Updates & Sports Business News with InsideSport.IN 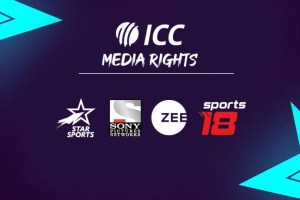 According to the Tender Timelines set by the ICC, the bidders who are cleared in the TECHNICAL BIDS will have to submit the FINANCIAL BIDS by Friday 2PM Dubai time. But the situation is such that even at the last minute broadcaster are not satisfied with the TENDER PROCESS & are demanding changes.

According to a report by Cricbuzz, Viacom18 & incumbent right holders for ICC Disney Star has shot off last minute emails to ICC. The mails raise huge question mark over the tender process once again.

Viacom18 Letter to ICC- “PWC opting out of the bid process at this late stage, only re-affirms the material concerns that we have had all along on the auction process and have raised”

The mail, addressed to Anurag Dahiya, the chief commercial officer of the ICC, also renewed its demand for e-auction. “We strongly urge IBC/ICC to consider the above and adopt e-auction as the sole process for the current bid.”


Disney Star also has written to the ICC formally objecting to the sudden withdrawal of a reputed firm like PWC from the process. “They have clearly expressed dismay over PWC exit and said claimed that the process is now lacking in transparency,” a source said confirming the Star objection. Star, one may not, is the official broadcaster of the ICC at present.


Here’s what you need to know about the bidding.

How much the BID can fetch? In the last cycle, the ICC sold its rights for just over US$2 billion. For this cycle, the ICC is believed to have a benchmark figure in mind, an “asking price” of $1.44 billion for a four-year deal and $4 billion (1.44 multiplied by 2.8) for an eight-year deal. That is double the last deal for eight years, and it is only a benchmark figure.

Congress wants to hear what Twitter whistleblower has to say