NZ Squad ODI Series: Canterbury pace-bowler Matt Henry has recovered from a rib injury to be named in the BLACKCAPS ODI squad for…

NZ Squad ODI Series: Canterbury pace-bowler Matt Henry has recovered from a rib injury to be named in the BLACKCAPS ODI squad for the Chappell-Hadlee Trophy series in Cairns in two weeks time. Henry’s inclusion is the only change to the 15-man squad who claimed New Zealand’s first one-day series win in the West Indies earlier this week, with spinner Ish Sodhi making way. Follow AUS vs NZ Live updates with InsideSport.IN 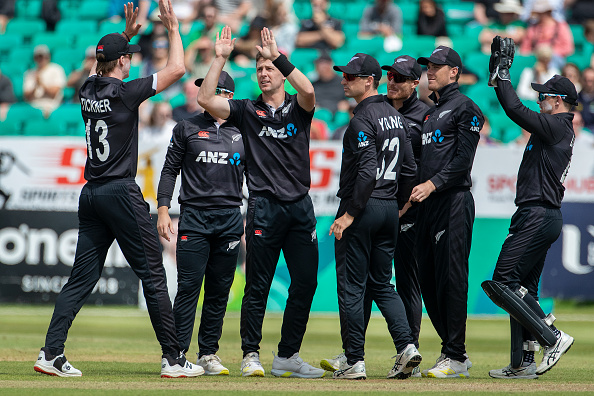 Wellington Firebirds rising star Ben Sears, called into the Caribbean tour as an injury replacement for Henry, has been retained for the upcoming three-game series, as has Otago Volts batsman Glenn Phillips – meaning no room for batsmen Henry Nicholls and Will Young. The remainder of the side has a familiar feel to it as the BLACKCAPS prepare to contest the iconic trans-Tasman trophy for the 12th time as a series, with Australia leading the ledger 6-4, with two drawn series.

The BLACKCAPS and Australia meet in three day-night ODIs in Cairns on Tuesday, September 6,  Thursday the 8th, and Sunday the 11th.

Kane Williamson, resuming the captaincy after missing the final two games against West Indies in Barbados, said the squad couldn’t wait to head across the Tasman. 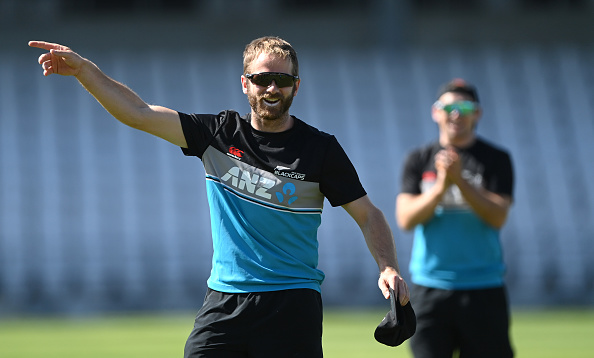 “It’s a great rivalry we have with Australia; it’s always a huge occasion for the fans, and the team really look forward to it,” said Williamson.

“You grow up watching the Chappell-Hadlee Trophy series and remembering the great battles, so to be part of another chapter is pretty special.

“We know how tough Australia are to beat in their own conditions and we’re looking forward to the challenge.”

In commenting on the squad Stead noted there had been some tough calls.

“The fact we’re having to leave out players of the caliber of Ish, Henry, and Will shows the increased depth we currently have at our disposal.

“Glenn’s a versatile player who can cover most places in the batting order for us – as well as providing a bowling option if needed.

“It’s great to welcome back Matt. He’s been one of our front-line one-day bowlers for the past few years and his ICC ODI bowling ranking of six is testament to that.

“The inclusion of Ben Sears is a nod to the future, and we also think his pace and bounce could be a good option in Australian conditions.

“It’ll be nice to have Kane back after missing the final two games of the West Indies series through injury.

“He’s obviously a world-class player and his leadership and experience is invaluable to our group.”

Stead said the team understood the significance of the series to Kiwi fans.

“We know how much the Chappell-Hadlee Trophy means to our fans and we’re excited by the opportunity to head to Australia and try and win it back.

“With the ICC ODI World Cup in India just 14 months away – it’s great to be playing more ODI cricket as we build towards the tournament next October-November.”

Kyle Jamieson (back) and Adam Milne (achilles) weren’t considered due to injury.

The BLACKCAPS tour party departs for Australia on Friday, September 2.

Watch Babar Azam play some elegant shots at nets ahead of Pakistan vs England 1st T20, Check OUT