PKL 2022 LIVE: In match 39 of Pro Kabaddi League Season 9 (PKL 9), Telugu Titans will cross swords with Haryana Steelers. This will be a big game on Day 16 of the ongoing Pro Kabaddi League season for both sides as they are looking to return to winning ways. The 9th-placed Haryana Steelers will be favourites going into this game against the bottom-placed Titans. The match on Tuesday will be held at the Shree Kanteerava Indoor Stadium in Bengaluru and is expected to start from 8.30 PM (IST) onwards. Follow Telugu Titans vs Haryana Steelers LIVE on InsideSport.IN 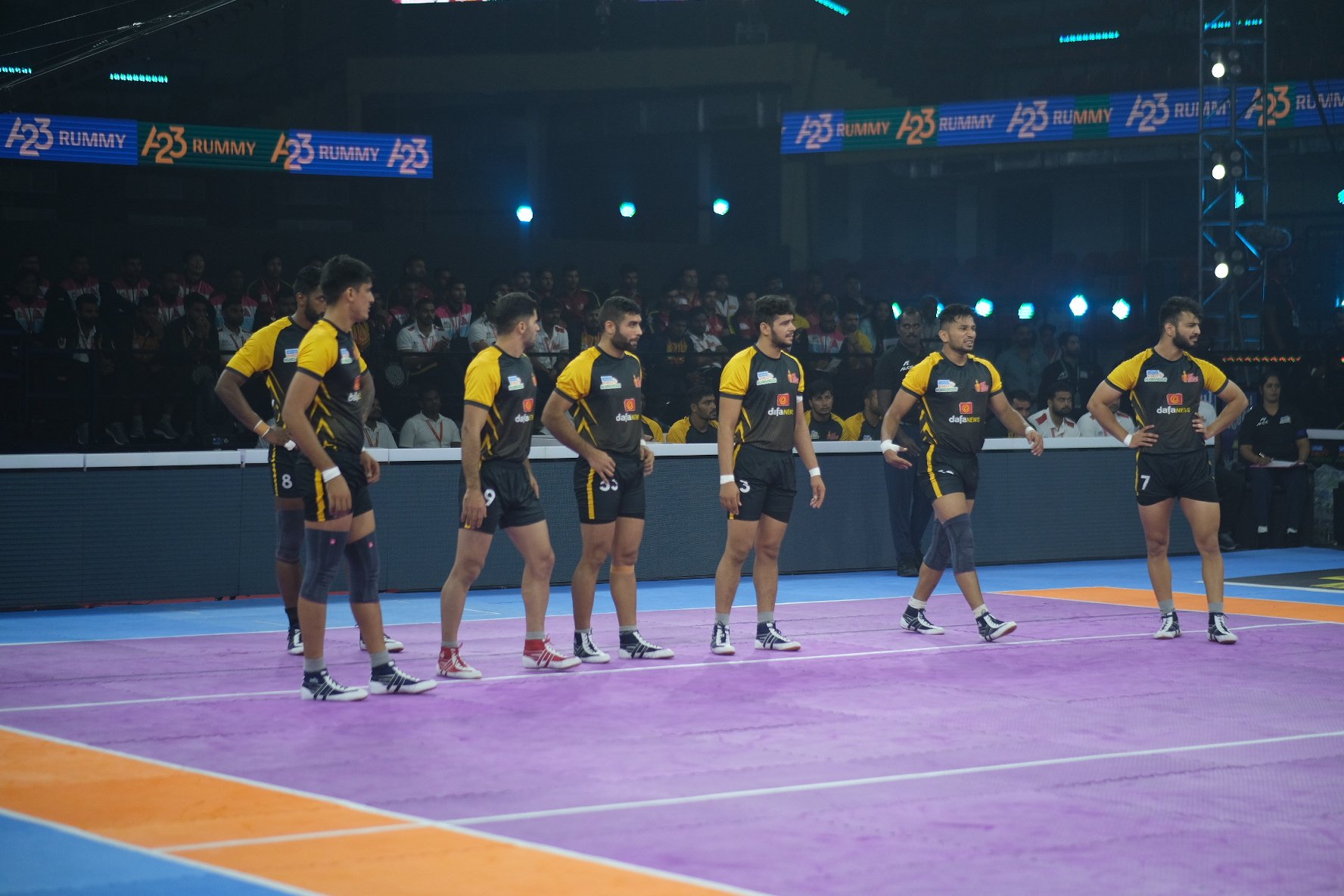 Telugu Titans are placed at the bottom of the points table with one win and five losses. Vinay has scored 30 raid points for the Titans and is their top-scorer. Seasoned campaigners like Siddharth Desai and Monu Goyat have chipped in with 30 and 27 raid points respectively.

In their last match, Titans were defeated via a clinical performance by Jaipur Pink Panthers 27-51. Raiders Arjun Deshwal, Rahul Chaudhari and defender Sahul Kumar were the stars for the Panthers in the evening.

Haryana Steelers will also enter this contest after losing their last match. The Steelers, in fact, have lost their last four games after winning their first two matches of the season and will be keen to return to winning ways. Their lead raider Meetu has done well to score 45 raid points and he’s found decent support in the form of Manjeet (44 raid points) but needs some more help from the rest of his teammates in offence for a change in fortunes for the team.

Defensively, Mohit and Jaideep Dahiya have been the team’s best defenders with 14 and 15 tackle points respectively, while all-rounder Nitin Rawal has also scored eight tackle points.

Rakesh and Sourav Gulia were on fire for Gujarat Giants as they handed Haryana Steelers yet another defeat in Pro Kabaddi Season 9. The Giants, who have now won two matches in a row, triumphed with the score reading 42-38.

More TROUBLE for Brazil, as Bruno Guimaraes and Alex Telles suffer injury scares in training ahead of Qatar 2022