ICC T20 Rankings : India batter Suryakumar Yadav and all-rounder Hardik Pandya have made huge gains in the ICC Men’s T20I Player Rankings after fine efforts in the opening T20I of their three-match series against Australia in Mohali on Tuesday, with the former overtaking Pakistan’s Babar Azam to gain the third spot. Yadav has moved up one slot after scoring 46 off 25 balls while Pandya’s knock of 71 in 30 balls has lifted him 22 places to 65th position. Follow ICC T20 Rankings live updates with InsideSport.IN

Pandya has also overtaken Australia’s Glenn Maxwell to take the fifth position among all-rounders. Axar Patel has moved up the list for bowlers, his haul of three for 17 taking him from 57th to 33rd position. 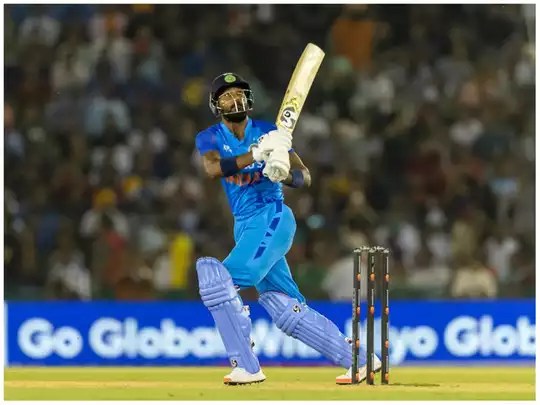 For Australia, Player of the Match Cameron Green has entered the top 100 after smashing a 30-ball 61 while fast bowler Josh Hazlewood, who grabbed two wickets in the match, retains No. 1 position in the bowlers’ list. Coming to Mohali T20I, after being put to bat first by Australia, India lost skipper Rohit Sharma (11) and Virat Kohli (2) for cheap scores.

This left Men in Blue struggling at 35/2. KL Rahul (55) and Suryakumar Yadav (46) then stabilised the innings with a 68-run stand. Then, Hardik Pandya played a brilliant knock of 71* off just 30 balls with seven fours and five sixes to finish the innings at 208/6.
Pacers Nathan Ellis (3/30) and Josh Hazlewood (2/39) were the most successful Aussie bowlers.

Chasing 209, openers Aaron Finch (22) and Cameron Green stitched a quickfire 39-run stand to get Australia off to a solid start. Green played some really impressive strokes and stitched a 70-run stand with Steve Smith (35). Green was dismissed for an impressive 61 off 30 balls. Following this, Men in Blue made a comeback to the match, getting wickets of Smith, Glenn Maxwell (1) and Josh Inglis (17) within a space of just 36 runs. But wicketkeeper-batter Matthew Wade (45*) and debutant Tim David (18) stitched a 62-run stand to help the Aussies win the match by four wickets, finishing the innings at 211/6.

On the other hand, Pakistan opener Mohammad Rizwan has consolidated his position at the top of the batters’ list after scoring a 46-ball 68 in the first of seven T20Is against Australia at home. Rizwan has gained 15 rating points to reach a career-best 825 rating points, 33 more than second-placed Aiden Markram of South Africa.

Fast Bowler Haris Rauf (up four places to 31st), spinners Mohammad Nawaz (up three places to 31st) and Usman Qadir (up 16 places to 102nd) are the other Pakistan players to move up the list. For England, left-arm seam bowler Sam Curran has advanced 19 places to 52nd position while batters.

Alex Hales (126th) and Harry Brook (147th) have also gained after contributing to their win. Coming to this match, in the first innings, Pakistan posted 158/7 in their 20 overs, with notable contributions coming from openers Mohammad Rizwan (68) and skipper Babar Azam (31).

The rest of the Pakistan batters could not capitalise on the momentum provided by the openers, who put on a stand of 85 runs. Only Iftikhar Ahmed (28) could offer some resistance to tight bowling from England and the hosts had to settle for a moderate total. Luke Wood (3/24) impressed in his debut, not allowing the hosts to form big partnerships after the powerplay. Adil Rashid (2/27) also delivered with his spin.

Chasing 159, Alex Hales (53) and youngster Harry Brook (42*) played great knocks to take England across the finishing line and winning the game by six wickets. The duo stitched a 55-run stand after England was left at 87/3.

IND A vs NZ A: Prasidh Krishna suffers huge blow, ruled out of crunch A series due to injury

Ex-batter Ajay Jadeja applauds Virat Kohli for consistency, ‘there is no one that I know who has consistency of Virat...