Oh these carriers. They got us excited for a moment, but it’s clear that even as Verizon says the Galaxy S22 line is getting Android 13 starting today, we know it isn’t. All of the S22 phones on Verizon are getting an update, though, just not the One UI 5 update.

Verizon updated its Galaxy S22, Galaxy S22+, and Galaxy S22 Ultra pages this morning to show that the Android October update is here, as well as the big upgrade to Android 13 and One UI 5. The release date is labeled as September 28.

However, the build numbers are still very much of the Android “S” variety, not Android “T” or Android 13. The new October builds for each device are as follows, where you’ll notice the “SP1A” part is in reference to Android “S” or Android 12:

So that’s cool, that Verizon thinks the Android 13 update is close enough to put out an entire changelog and tell its customers about it. This just isn’t it yet. This redditor also claims to have grabbed it and confirmed it is not Android 13.

Before they realize the error and pull it, this is what the page looked like: 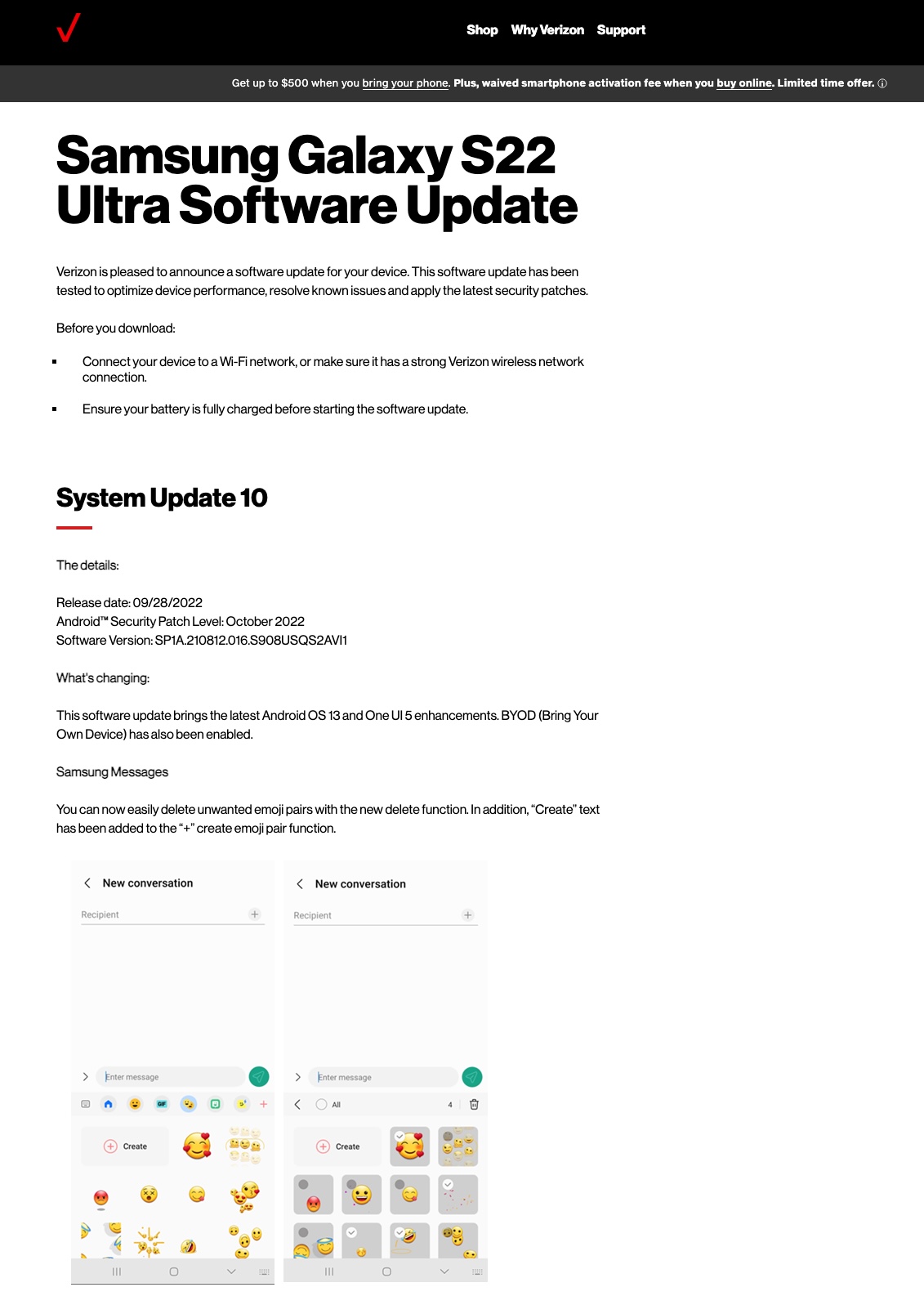 The changelog is ridiculously long, by the way. Even if we believe the One UI 5 update doesn’t bring a ton of new and useful features, Samsung and Verizon are doing their best to tell us otherwise.

We’ll let you know if it really goes live.

How to submit a new request through Free Fire Customer Support, CHECK DETAILS