IND vs PAK LIVE: Hardik Pandya all-round Show: The last four years have been difficult for Hardik Pandya. It was the same…

IND vs PAK LIVE: Hardik Pandya all-round Show: The last four years have been difficult for Hardik Pandya. It was the same Dubai International Stadium where he had to be stretchered off with back injury in Asia Cup 2018 against Pakistan. It was the beginning of his back injury. But 1439 days later, he has his redemption. With 3/25 and 17-ball 33, Jr Pandya powered India to a 5-wicket win over Pakistan to avenge their T20 World Cup loss. Check India vs Pakistan Highlights & Asia Cup 2022 LIVE Updates on InsideSport.IN.

In these four years, Hardik Pandya has played only 33 T20Is and 25 ODIs, spending a bulk of his career on the sidelines due to back injury. He received severe criticism following a flop show in T20 World Cup, especially against Pakistan as he did not bowl a single over. But after a 5-month complete break, Hardik Pandya the all-rounder is now in form of his life. 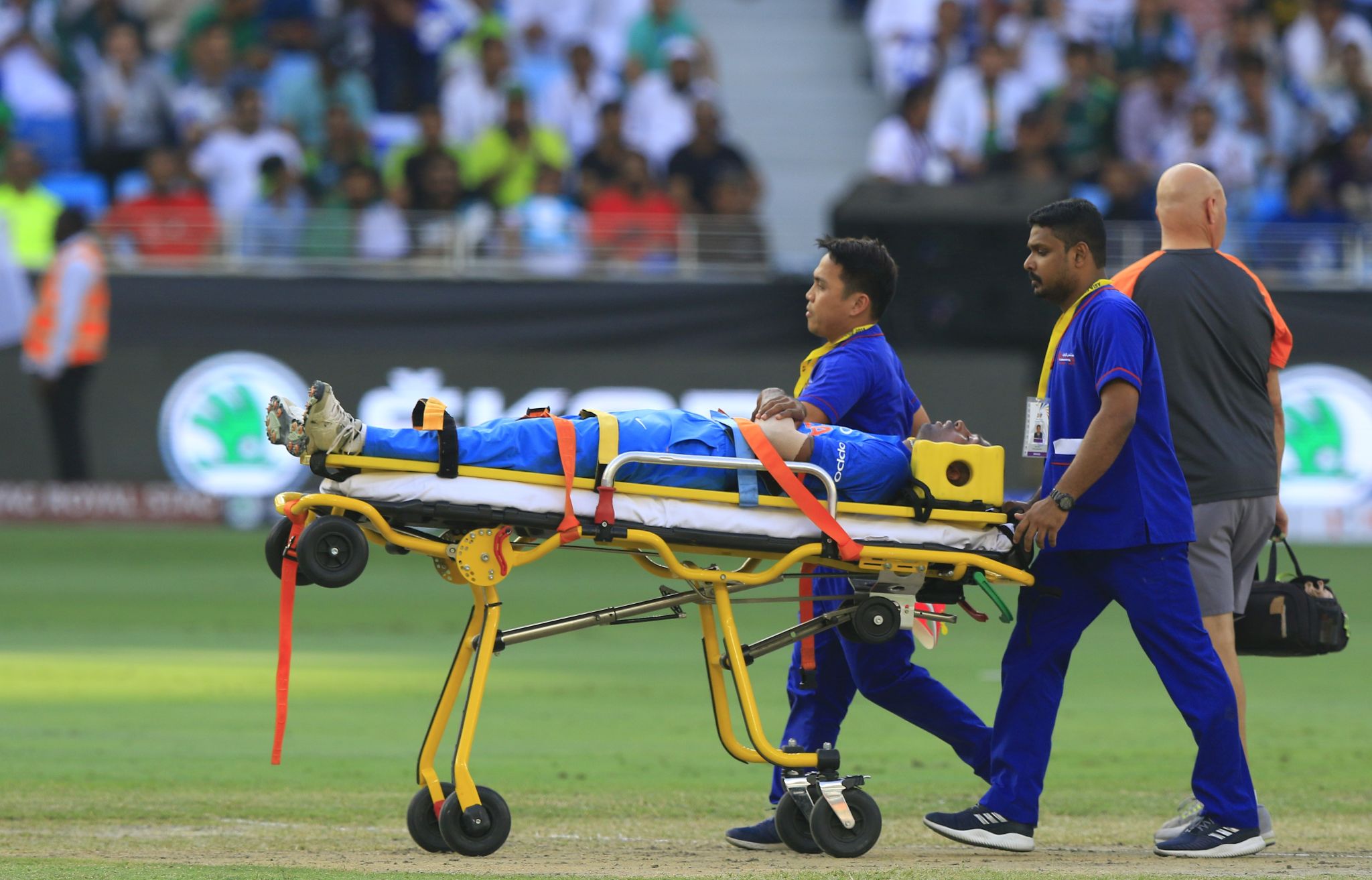 Since his return from injury to international cricket, Hardik has bagged 11 wickets in T20Is and has scored 314 runs in 14 matches. On Sunday, he delivered yet again with both bat and the ball.

His terrific 3/25 spell included the wickets of Mohammad Rizwan, Iftikhar Ahmed and Khushdil Shah. With that spell, he rocked Pakistan’s middle-order as India restricted them to 147.

“In bowling, it’s important to assess the situations and use your weapons. For me, bowling short and hard lengths have been my strengths. It’s about using them well and asking the right questions to make the batters commit a mistake,” Hardik Pandya said about his 3/25 bowling figures.

Starting from where he left🔥💙 pic.twitter.com/i6X8d14qRn

While Bhuvneshwar Kumar superseded his bowling performance, Hardik was special with the bat too. He came to the crease in the 15th over at No 6 with India still needing 59 runs off 34 balls. With the pitch offering no assistance to the batters, it was a difficult task to handle the death overs of Naseem Shah, Shahnawaz Dahani and Haris Rauf besides Mohammad Nawaz.

However, Hardik kept his calm. After navigating his way through Naseem with a boundary of the 15th over, he had a hard time against Dahani and Rauf in the next two overs. However, he did not lose patience. 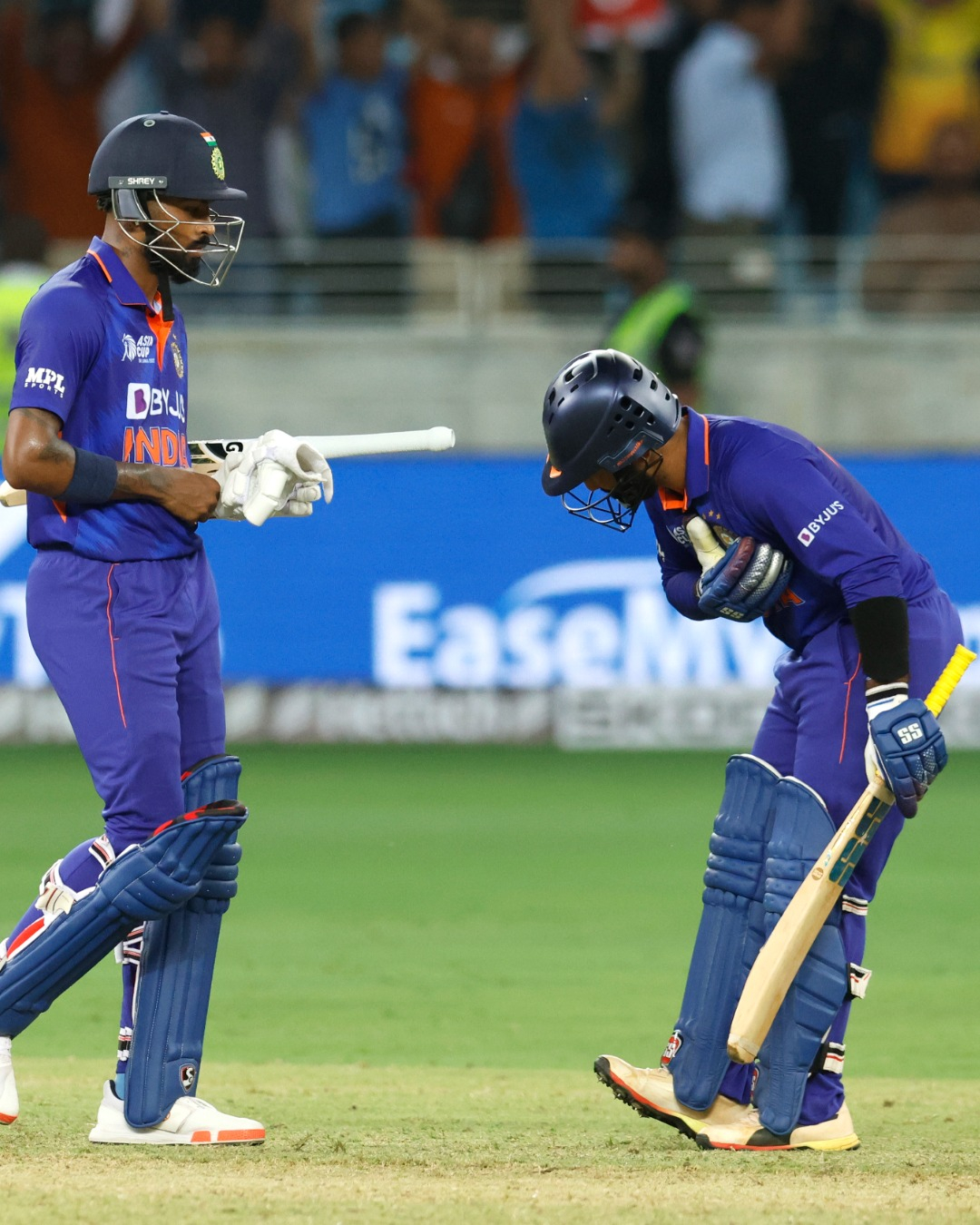 It was in the 19th over that he took charge, smashing Rauf for three boundaries to all but seal the deal. With just 7 needed off the last over, Ravindra Jadeja would have expected to finish things in style. But his reckless shot help Nawaz clean him up on the 1st ball of the last over. With 7 needed off 5, Dinesh Karthik gave him the single.

But Hardik did not get his desired shot as he smashed it straight to the deep-cover. However, what was his MS Dhoni moment, he finished off in style, smashing Nawaz for a huge 6 to give Pakistan the knockout punch and take India home. Thus, he also had his redemption.

“In a chase like this, you always plan over-by-over. I always knew that there is one young bowler and also one left-arm spinner. We only needed 7 off the last over but even if we needed 15, I’d have fancied myself. It’s not about ego, it’s about the confidence. I know the bowler is under more pressure than me in the 20th over. I try to keep things simple,” Hardik Pandya said about his 17-ball 33-run match-winning knock.