SL vs PAK LIVE Score – Sri Lanka vs Pakistan LIVE streaming: Dimuth Karunaratne’s Sri Lanka will be looking to build on their winning momentum at Galle as the hosts take on Pakistan in a likely spin battle in the opening Test starting Saturday. SL are currently third in the WTC standings and will hope to close in on Australia. Meanwhile, Pakistan will aim to bounce back from their humiliating series loss at home to Australia. Follow SL vs PAK Day 1 LIVE updates on Insidesport.IN

Both teams have announced their match squads well in advance. The game will be telecasted live on the Sony Sports Network. Live streaming will be available on Sony LIVE.

Sri Lanka head into the Pakistan series after two contrasting results in Galle where they first lost to Australia on a vicious turner and then bounced back to hammer the tourists on Monday. Prabath Jayasuriya returned a match haul of 12 wickets to hand Australia a thumping defeat by an innings and 39 runs in the final match.

Jayasuriya, 30, was one of the three Sri Lankan players including mystery spinner Maheesh Theekshana and all-rounder Kamindu Mendis to get a first Test cap in the previous match after the team suffered a Covid outbreak. Kamindu also made a mark in the series-levelling win with his gritty 61 in a 133-run stand with Dinesh Chandimal, who hit his maiden Test double century — 206 not out.

Former Pakistan captain Aamir Sohail said the touring batsmen will have to overcome their weakness against left-arm spin to succeed in the two-match series. “Both the teams have grown up on spin wickets and have a hang of these types of pitches. But I believe Pakistan will have to work hard if they have to make an impact and win this series.” 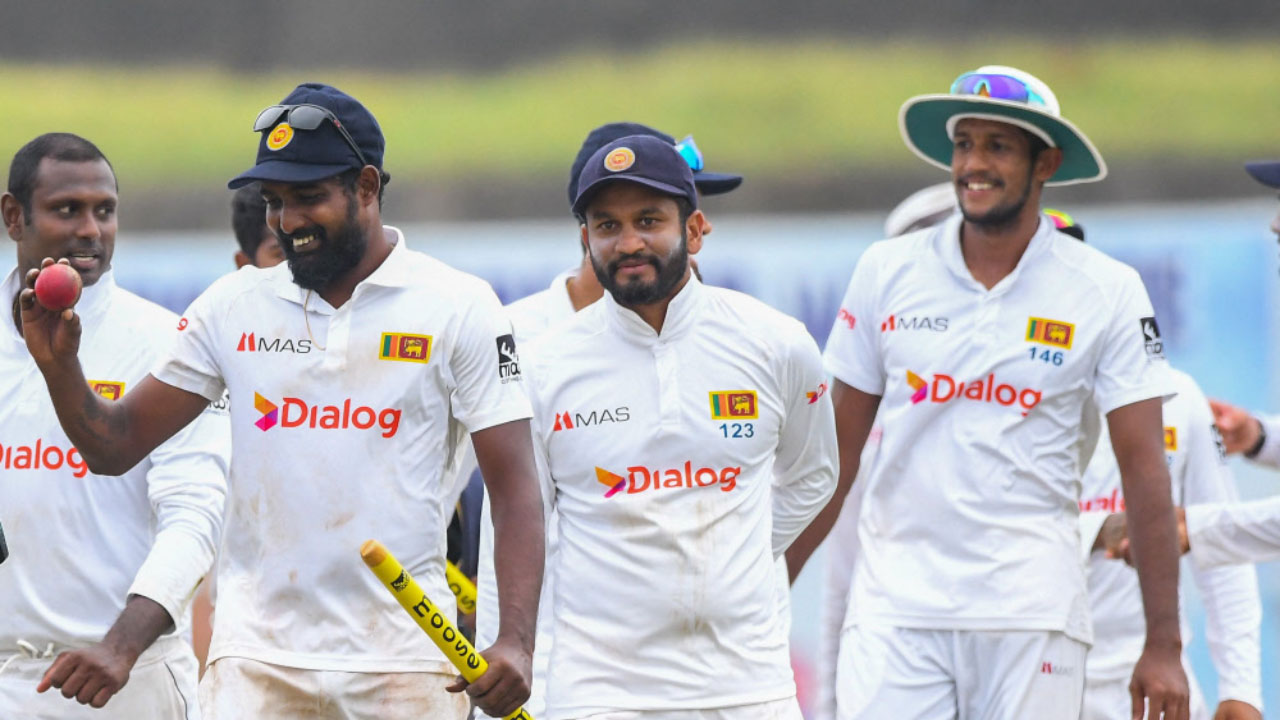 The visitors, led by Babar Azam, have bolstered their spin attack by giving veteran leg-spinner Yasir Shah a comeback into the Test team. Babar himself has been in roaring form with the bat and recently hit 196 against Australia in the team’s home series, which they ended up losing 1-0 in March. Openers Abdullah Shafique and Imam-ul-Haq have also been among the runs and Pakistan are far from a one-man army.

Sri Lanka named an 18-member squad for the two matches Thursday with Pathum Nissanka, Dhananjaya de Silva, Jeffrey Vandersay and Asitha Fernando back in the team after recovering from Covid. Karunaratne admitted Pakistan will be tougher opposition than Australia in the two Tests but believes playing in Galle for the third straight time will be an advantage for the hosts.

“Pakistan is a strong side. (But) playing three games in Galle is good for a team. We know how conditions are in the last few games. Pakistan don’t have that opportunity. Big advantage for us. We need to turn that in our favour, ” said Karunaratne.

When will the SL vs PAK Test series start?

The SL vs PAK Test series will start on Saturday, 16 July.

What time will the matches start in the SL vs PAK Test series?

All the matches in the SL vs PAK Test series will start at 10:00 AM IST.

How many matches will be played in the SL vs PAK Test series?

There will be two matches in the SL vs PAK Test series.

What are the destinations of the SL vs PAK Test series?

The first Test match between SL vs PAK will be hosted in Galle followed by Colombo for the second Test match.

When will the SL vs PAK Test series conclude?

The SL vs PAK Test series will conclude on Thursday, July 28 (if match ends on fifth day).

How can I watch the SL vs PAK Test series?

Sony Sports Network and Sony Liv App will broadcast and live stream the SL vs PAK Test series in India.