PKL 2022 LIVE Streaming – Haryana Steelers vs Tamil Thalaivas LIVE, Patna Pirates vs Telugu Titans LIVE – Haryana Steelers are currently trailing Tamil Thalaivas 10-15 at half-time. The action continues at the Pro Kabaddi League 2022 for the fifth successive day as Tuesday (10th October) will witness Haryana Steelers taking on Tamil Thalaivas in the first contest of the day. Patna Pirates and Telugu Titans will face-off in the second match in what promises to be another action-packed night at the Sree Kanteerava Indoor Stadium in Bengaluru. Follow Pro Kabaddi League LIVE & Check PKL 2022 Points Table LIVE Updates with InsideSport.IN

PKL 2022 Schedule: Second half of the schedule of Pro… 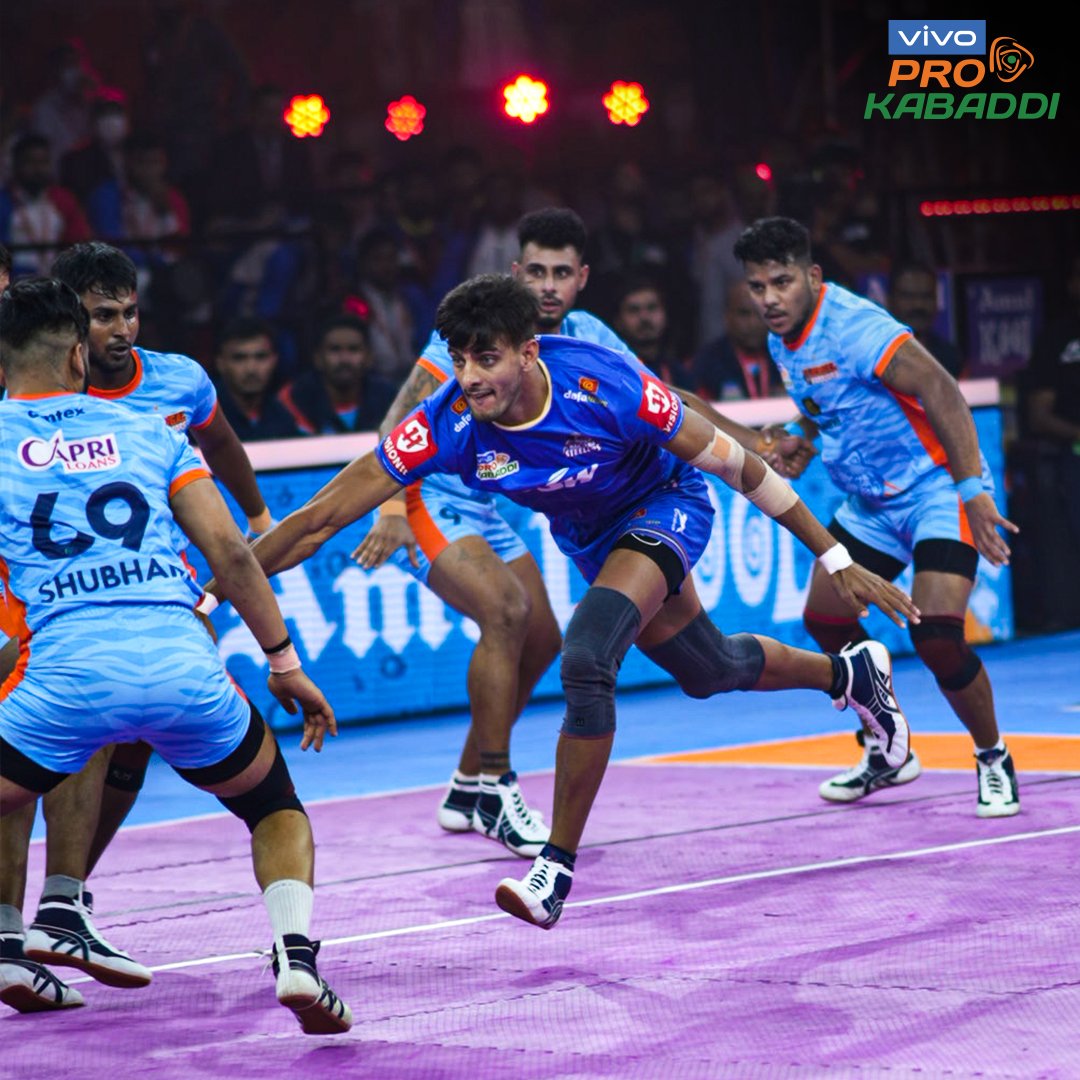 Haryana Steelers had a great start to the tournament as they defeated Bengal Warriors 41-33 in their first match of the season and are looking to continue the same form against Tamil Thalaivas on Tuesday.

For the Steelers, raider Manjeet Dahiya gave a top-notch performance in the raiding department as he picked up a total of 19 points in the match. The youngster will once again look to emulate his performance against his former team.

Meanwhile Tamil Thalaivas are entering the contest after managing to tie their first match of the season against Gujarat Giants.

Thalaivas however have a big concern as their star raider and skipper Pawan Sehrawat suffered a knee injury in the last game and had to be stretchered off the mat.

It remains to be seen whether he will be fit enough to feature in the upcoming contest. In Sehrawat’s absence, debutant Narender shined in the previous outing by picking up a Super 10 on his PKL debut.

He will once again have to lead the raiding department if Sehrawat is unfit against a strong Steelers defensive unit that has Joginder Narwal, Mohit and Jaideep Dahiya.

Patna Pirates were one of the most consistent sides in the last season as they finished the league staged on top of the points table and finished as runner-up after losing the final to Dabang Delhi. This year under a new coach in Ravi Shetty, the team is winless so far after playing two matches.

While their first match against Puneri Paltan ended up in a 34-34 tie, they lost their latest contest against Jaipur Pink Panthers 30-35.  They are now being their first victory against a winless Telugu Titans.

For the Pirates, Raiders Sachin and Rohit Gulia picked up a Super 10 each so far in the two games and look to continue a similar show to help their team clinch their first victory of the season. But their defence has been not up to the mark and that has been a big letdown so far.

Telugu Titans had a dismal show last season as they finished on the bottom of the points table. This year despite playing with a revamped squad, they are still winless after two matches.

Despite having big names like Siddharth Desai and Monu Giyat in the raiding department and Surjeet Singh, Ravinder Pahal and Vishal Bharadwaj in defence, none of the players have so far managed to put on a good show and are struggling for form at the moment.

All you need to about Netherlands vs Pakistan, Schedule, Squads, Venues