England Tour of Pakistan – PAK ENG T20 Series: Moeen Ali is set to lead England’s in there first visit to Pakistan after a 17-year gap. The regular captain Jos Buttler is injured and is unlikely to be fit for the start of the trip next month. According to a report by The Guardian, with Butler injured, Moeen Ali is set to get responsibility to lead England in the historic series: Follow Cricket News live updates with InsideSport.IN

England will play Pakistan in seven-match Twenty20 international series to get ready for the T20 World Cup in Australia in October. Moeen according to the publication is understood to be favourite to lead England.

Team will leave for Pakistan on 14 September – two days after the scheduled final day of the third Test against South Africa at the Oval.

IND vs HK LIVE: Vice-captain KL Rahul toils hard in the nets after…

PAK ENG T20 Series: As it stands, the tour will proceed as planned despite the devastating floods in Pakistan that have cost more than 1,100 lives since June.

It will be the first time a senior England men’s side has travelled to the country since 2005, with “away” series during this period staged in the United Arab Emirates because of security concerns.

England had agreed to play two T20 matches in Pakistan last winter but the collapse of New Zealand’s preceding visit because of an anonymous death threat – plus a clash with the rescheduled Indian Premier League – meant the matches were added to this year’s trip instead.

Moeen has served as Buttler’s vice‑captain since Eoin Morgan’s retirement in June and has led England in four Twenty20 internationals previously. The 35-year-old is also among those English players to have played in the Pakistan Super League in the past.

This T20 squad – named at the end of the week – is likely to feature a mix of mainstays and World Cup hopefuls initially, with Liam Livingstone (ankle) another injury doubt and the Test players Ben Stokes and Jonny Bairstow expected to be given a break.

There is also a decision to be made over Jason Roy, with the opener having endured a flatlining run of form this year. Phil Salt is theoretically the next cab off the rank, with players such as Will Smeed, Will Jacks and, possibly, Alex Hales also in contention.

Mark Wood and Chris Woakes should also get the chance to prove their fitness after respective elbow and knee operations this summer. Both seamers, out since the Caribbean tour in March, have reported encouraging progress.

Rob Key, the managing director of England men’s cricket, is still chairing selection and also has the tricky job of considering England’s provisional World Cup squad before the 16 September deadline, even if late changes may still be possible. On top of this, a Test squad for the third Test against South Africa next week is expected to be named on Wednesday. 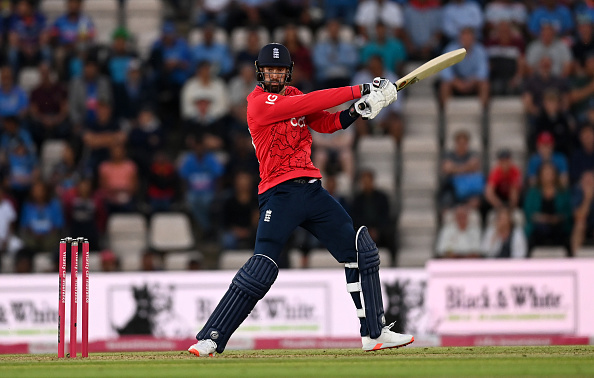 Changes are expected to be minimal after leveling the series at Old Trafford, although Key and the Test head coach, Brendon McCullum, are considering a second spinner alongside Jack Leach should the surface at the Oval dictate a change of tactics.

Meanwhile Paul Farbrace, the former England assistant coach, has announced he will leave his role as Warwickshire’s director of cricket at the end of the season. The 55‑year‑old coach has cited family reasons for the end of a three-year spell at Edgbaston that included winning the County Championship last summer.

Farbrace may well be eyeing a return to full-time coaching, however, having agreed a deal to be head coach of the Sharjah Warriors in the new UAE-based ILT20 in January.

PAK vs ENG: Moeen Ali to lead England T20 side during first visit to Pakistan for 17 years

Liz Cheney calls Ted Cruz a ‘chameleon’ who will ‘say anything, anytime’

Ex-player Shane Watson backs Virat Kohli to come good in UAE after break, says, ‘having time off will certainly help him’