PAK vs ENG Live Streaming: When & How to watch Pakistan vs England… 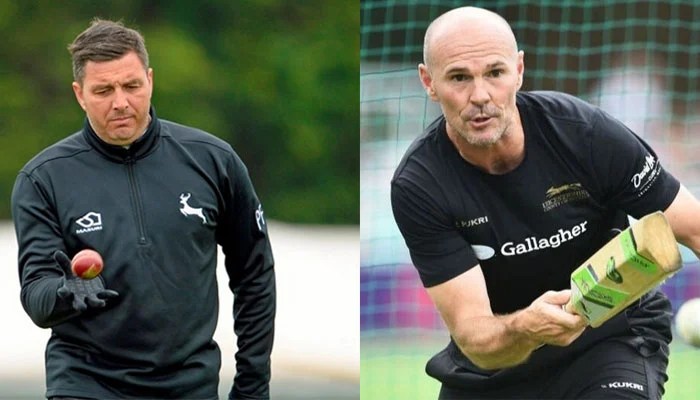 England’s former international Paul Franks who has worked as assistant head coach at Nottinghamshire county in the English circuit and possesses a coaching experience of about 10 years will coach Central Punjab.

Another former international, wicketkeeper-batter Paul Nixon who had coached Jamaican Tallawahs to two Caribbean Premier League titles will be head coach of Sindh – who recently won National T20 2022-23 – their maiden T20 title since the inception of new domestic system.

Nixon is currently working as head coach of the Leicestershire County cricket, he will be relinquishing the role in the coming days before traveling to Pakistan to take up the new assignment.

Director High Performance, Nadeem Khan: “The introduction of foreign coaches in the domestic cricket is aimed at creating diversity. Whenever you bring coaches from different countries you introduce diversity and new ideas. These experienced foreign coaches working with the local coaches will ultimately help in the growth of the players.

“We are also bringing fielding and strength and conditioning coaches in the setup. This will benefit our local coaches and will bring more competitiveness in both departments of the game. The players will eventually benefit from them.

These coaches will work in the Quaid-e-Azam Trophy and Pakistan Cup tournaments. Initially we have brought the two head coaches with Central Punjab and Sindh to see how it works in our setup and how much it proves to be beneficial for the players. We will assess the performances at the end of the season.”

“We have got exciting talent all around. I am looking forward to seeing everybody. I love coaching and I really enjoy coaching for the right reasons. It’s all about the players and I am really excited about the next few months here in Pakistan.

“I have been to Pakistan before; I came with England U19 in the late 1990s. Then I was a very young man making my way in the game and I loved the enthusiasm for the game. But I always said to myself that I would want to come back one day. This opportunity as a coach doesn’t come around all the time. It was too good an opportunity to miss and I am really looking forward to working with the players. Some of whom I know very well from their associations, with the international team.

“I will make sure that the whole coaching staff, the wider group are all on the same page. I really want the players to express themselves. I want them to play with a smile on their face. I want them to enjoy the game.

“We have to believe that if we do certain things and we strive for the right achievements, particularly in the longer format, we’ll put ourselves in a position where we can create winning opportunities.”

“Pakistan is a wonderful place to play cricket and who wouldn’t want the opportunity of coming to Pakistan. I have seen the Sindh team play so well in the T20 of late. They’ve been outstanding, their balance of experience and youth is just incredible. They’ve got some exciting, international cricketers and seriously, good, talented youth coming through as well.

“For me seeing this side, it’s a very special team that could do special things and they can be serial winners. I really believe that they’ve got the ability to win consistently, in all formats.

“Sarfaraz Ahmed as a leader brings the calmness and the experience, he is a very honest, open cricketer. Mir Hamza, who’s been over to Sussex, bowled beautifully over there in England, he is a high class player to have in our side. Saim Ayub looks a magnificent young left-hander batter, very positive attacking player, which is exactly what we need.

*They are temporary appointments until the coaches are busy with Pakistan Junior League.

Sanju Samson gets extended look ahead of 2nd T20, Check WHY?