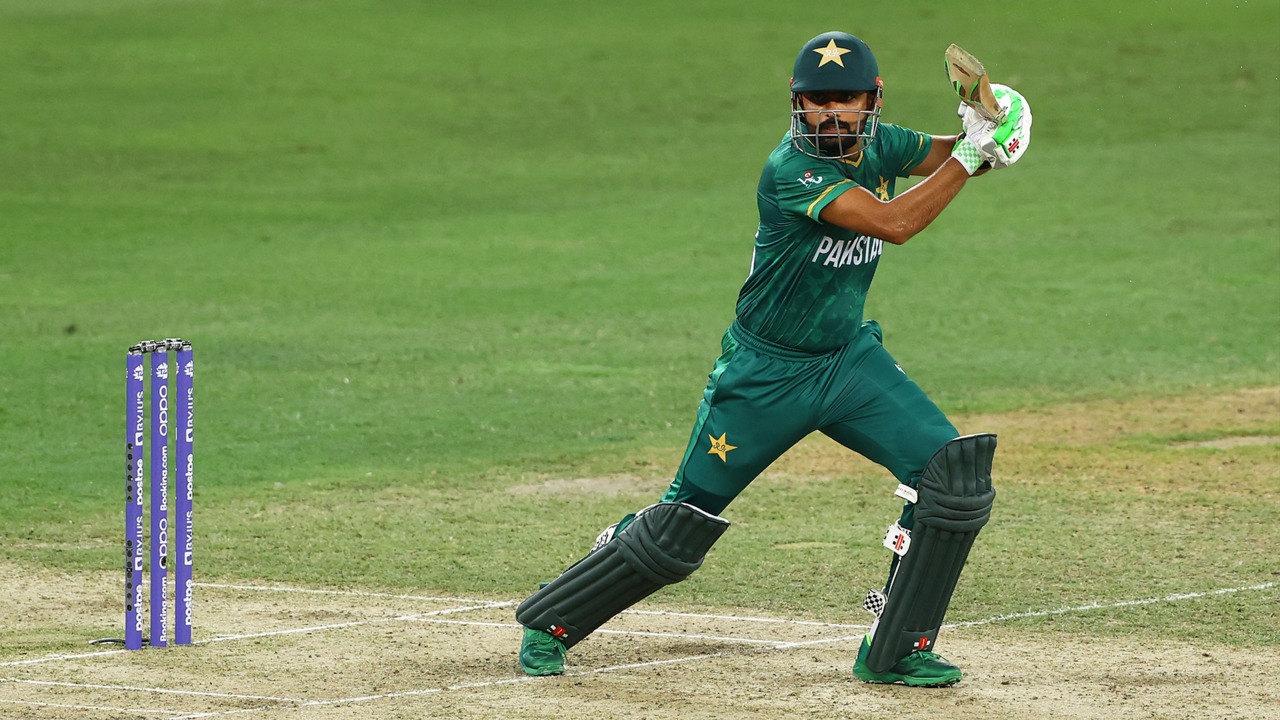 They asked us to bat in the last match and when put into bat this time, they performed brilliantly. They deserve to be champions,” said the coach. On being questioned about the lack of intent in Mohammad Rizwan’s innings, the coach said that the way Rizwan plays has worked for the team in the past and they cannot just copy a certain type of play because each player has its own style of playing.

“Everyone has their style of play, our style got us through to the Semi Final of T20 world cup and Final of Asia Cup. So it is evident that this style of play works for us.

Just because the other teams are following a certain type of play, we don’t need to follow it. According to me, we should concentrate on things that have been lacking and not change things that have worked well for us and our style of play is not bad at all,” said the coach on being questioned about the attacking approach taken by other countries.

The coach was also very vocal in defending Pakistan captain Babar Azam and his bad form in the Asia Cup where the batter has not performed according to the high standards set by him. Saqlain said, “Watchful eyes and cricket experts will say this is just a patch. He has been unlucky. He is a world-class player with a great work ethic and he will definitely make a strong comeback.

” Talking about the immaculate performance of their opponents he said, “We played good cricket for the first nine overs but then they dominated us for the next 31 overs in batting, bowling and fielding. They got the momentum against Afghanistan and they look like a strong side now.”

Answering the shortcomings of the side that led to the loss, he said, “We did well within the 9 overs to get half the side in the dug out but then Rajapaksa played the innings of a lifetime. He will remember this innings for a long time. Other batters complimented him well. Hats off to him.

” The coach also talked about the criticism that is being faced by the team’s middle order and said that all the criticism is uncalled for. “I have been hearing people question the middle order. But I don’t understand why? Series whitewash against WI, semi-final in the T20 world cup, final here, we are not doing badly.

In the small format, minute mistakes are not small, the impact of a small mistake is big. We have made such small mistakes. We will try not to commit those mistakes in the future,” the former Pakistan player said.

On being asked if the team is choking in knockout matches since they lost the semi-finals in the T20 World Cup earlier and the Asia Cup final, he said that the team is just making mistakes and are meeting a team who plays better cricket than them on the given day. “To be honest I don’t think we are choking. We are making mistakes, lots of credit to Sri Lanka for how they played.

They played well, the same was the case with Australia in the semi-finals of the T20 World Cup,” said the coach. He also spoke in response to the question of changing batters’ position, “How do we measure trust, belief, and faith? If we keep changing that means we are not trusting the players. We are doing things as per the planning and right now it feels okay.

” Answering about the top order’s performance, he said, “If top order fails, responsibility goes to the middle order, if they fail it goes to the lower middle order. It is part of the game. We do have meetings about it but I am not very concerned about it at the moment. Players have stepped up like Nawaz, Khushdil, and Naseem to win matches for us in the Asia Cup.

“On criticism from people on social media and reacting to Shoaib Akhtar’s tweet, Saqlain said, “People are entitled to their opinion. People from the outside can’t see what’s going on on the inside. Players gave it all. Players were injured like Asif and Shadab. It’s easy to comment while watching TV.

” “This is all part of life. We respect our fans. They evaluate in terms of emotions but this is part of the game and should be understood. An example is India who came in as favourites but were knocked out early. T20 is indecisive.

On a given day any team can be defeated,” he said sharing a message for fans. A brilliant half-century from Bhanuka Rajapaksa and fiery spells from spinner Wanindu Hasaranga and pacer Pramod Madushan helped Sri Lanka lift its sixth Asia Cup title, defeating Pakistan by 24 runs in the final in Dubai on Sunday.

In a nod to JFK, Biden pushing ‘moonshot’ to fight cancer

Should You Buy Short-Term Bonds or Long-Term Bonds?