Delhi Half Marathon: Two-time 5,000 m World champion Muktar Edris of Ethiopia, 2021 Berlin Half Marathon winner Felix Kipkoech of Kenya and promising Ethiopian Chala Regasa are among the top names in an exciting men’s Elite field for the upcoming Delhi Half Marathon. The USD 268,000 prize money World Athletics Elite Label Road Race, to be flagged off from the Jawaharlal Nehru Stadium on Sunday, October 16, will see tens of thousands of amateurs join the world’s best elites on one of the fastest courses in the world. Follow Delhi Half Marathon live updates with InsideSport.IN 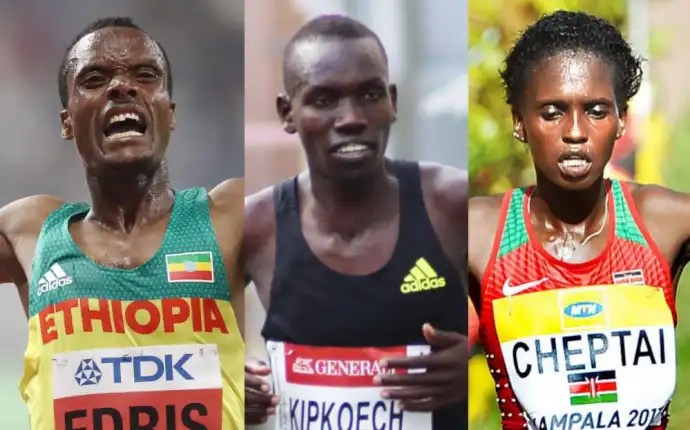 Reigning World 3,000 m Indoor Champion Lemlem Hailu of Ethiopia, this year’s World 10K Bengaluru winner Irine Cheptai of Kenya and Stella Chesang, the 2018 10,000 m Commonwealth Champion, headline the women’s Elite field. The International Elite winners in the men’s and women’s categories will take home USD 27,000 each and the prize fund includes the top 10 finishers in both.

There is also an Event Record Bonus of USD 12,000 as an incentive. Edris finished fourth on debut in Delhi in 2020 with an impressive 59:04 as the top four broke the previous course record in a sensational race that saw just four seconds separate the podium finishers.

“Naturally, I want to be in the top 3 this time around. I’m in good shape and have prepared specifically for Delhi. I’m excited and looking forward to the challenge,” he said.

Kipkoech won in Berlin in an impressive 58:57 and is an exciting prospect as the course record looks under threat again with a dozen runners under the one-hour mark. Regasa, who clocked a personal best of 59:10 for second place at this year’s Barcelona Half Marathon, was one of the pacemakers in Eliud Kipchoge’s successful 1:59 Marathon Challenge in Vienna in 2019.

Cheptai will hope to be third-time lucky this year after two successive fourth-place finishes, including her personal best of 66:43 in 2020. Hailu will be making her half-marathon debut. The 21-year-old is a dark horse for the title after consistently finishing on the podium in international meets in the 1500 m and 3000 m over the last two seasons.

For the first time, limited on-the-spot registrations will be available during the three-day Mirchi Get Active Expo at the NSCI, Okhla between October 13 and 15 to encourage and allow for more runners to be a part of the celebration. Registration for all physical race categories — Half marathon, Open 10K, Great Delhi Run(5 km), Senior Citizens’ Run (3 km) and the Champions with Disability Run (3 km) — are open until 11:59 PM on Tuesday, 11th October 2022. Participants can register at vedantadelhihalfmarathon.procam.in.