The league’s top attacker and defender, Ramji Kashyap of Chennai Quick Guns defended for six minutes and 37 seconds and also scored 11 points in the attack while he was supported superbly by Narsayya who added 14 points for the winning team with his five dismissals, four of those coming on breathtaking dives.

In the second match of the day, Telugu Yoddhas registered the biggest win of Ultimate Kho Kho with a score of 88-21, thanks to Avdhut Patil’s impressive defence of six minutes and eight seconds. He, along with skipper Pratik Waikar, first scored eight points together and then added eight more bonuses single-handedly to the team’s tally. Telugu Yoddhas finished the first innings with a lead of 45 points at a 53-8 score. 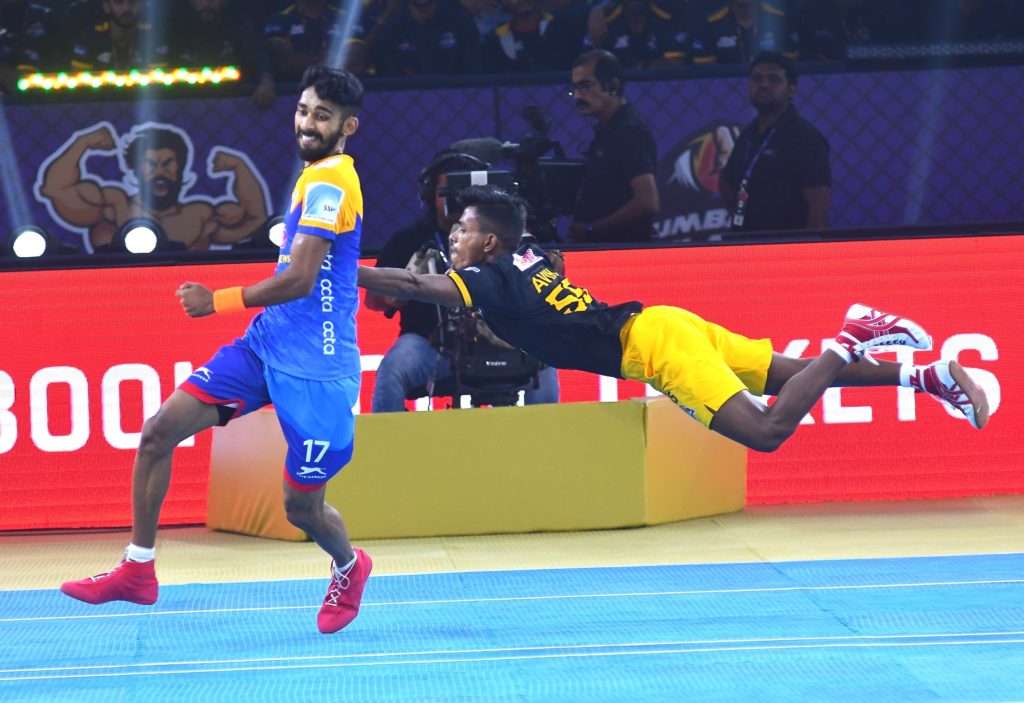 Odisha Juggernauts lead the points table with 21 points from eight matches, winning seven of them. Playoffs will begin on September 2 with eliminator and qualifier one while qualifier two will take place the next day. The final will be played on September 4. Ultimate Kho Kho, India’s first-ever franchise-based Kho-Kho league is promoted by Amit Burman in collaboration with the Kho Kho Federation of India.