Bundesliga 2022-23: Werder beat Dortmund 3-2: Werder Bremen scored three times in the final minutes to come from two goals down and…

Bundesliga 2022-23: Werder beat Dortmund 3-2: Werder Bremen scored three times in the final minutes to come from two goals down and snatch a stunning 3-2 victory at Borussia Dortmund on Saturday that ended the hosts’ winning start to the season. Follow Bundesliga 2022-23 updates on InsideSport.IN

Goals from Lee Buchanan in the 89th minute and Niklas Schmidt in stoppage time brought them level before Oliver Burke thundered a shot in the final seconds past keeper Gregor Kobel.

Sorry we got bored of drawing 2-2 😉 pic.twitter.com/I7tBZqRlGQ

Dortmund’s Julian Brandt had fired a blinder past Werder keeper Jiri Pavlenka in first-half stoppage time to take an unexpected lead after a dire 45 minutes for the hosts where nothing seemed to work.

Werder, who had 10 shots on goal compared with Dortmund’s two by the 75th minute, were the more adventurous side throughout, their passing game more fluid and creative and their attacks more dangerous.

But they were caught out again when Raphael Guerreiro tried his luck from 25 metres out and beat Pavlenka with a low shot in the 77th minute.

The visitors, however, refused to give up and scored what might have been a consolation goal through youth international Lee Buchanan’s superb strike into the top corner in the 89th.

But Schmidt then drew them level before Burke’s stunning winner deep in extra time, which left Dortmund on six points from their first three games. 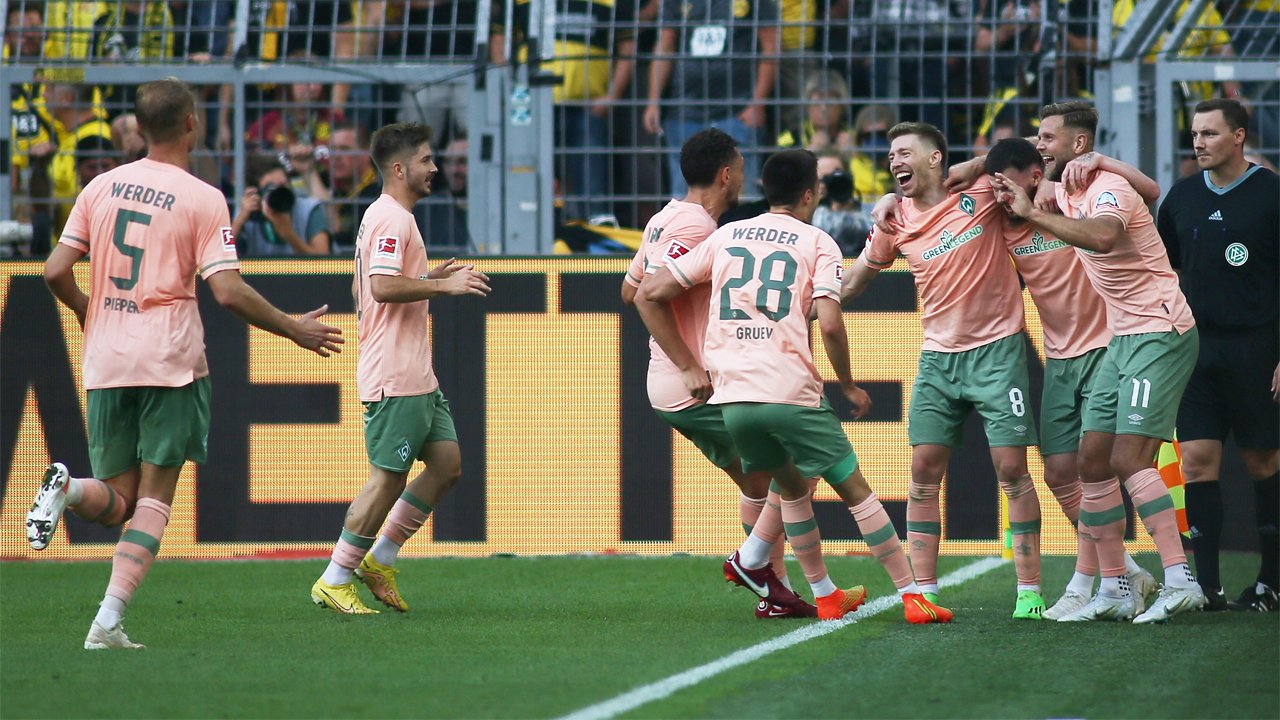 Champions Bayern Munich, also on six, are in action at VfL Bochum on Sunday. Borussia Moenchengladbach, winners 1-0 over Hertha Berlin on Friday, are top of the table on seven points.

Ruhr valley rivals Schalke 04 are still waiting for their first league win since their return to the top flight this season following a goalless draw against VfL Wolfsburg.

Bayer Leverkusen, competing in this season’s Champions League group stage, slumped to their fourth consecutive defeat of the season across all competitions — and their third straight in the Bundesliga — when they went 3-0 down to Hoffenheim for their worst ever start to a league campaign.

Murray full of belief ahead of Wimbledon

Exclusive skin, free Fortnite Save the World, V-Bucks, and more

New M4 Legendary in Season 5, all items and price in Thermal Core Draw