Next Gen Cup 2022: Bengaluru FC suffered a 3-6 defeat against Leicester City in the semi-finals clash of the Next Generation Cup…

Next Gen Cup 2022: Bengaluru FC suffered a 3-6 defeat against Leicester City in the semi-finals clash of the Next Generation Cup in the United Kingdom on Wednesday.The Blues were finding it difficult to cope against the Foxes for the first hour of the game as they shipped six goals but soon found their feet to give Leicester City a bit of a scare as they scored three quickfire goals in the second half. Follow InsideSport.IN for Next Gen Cup Live Updates

The first opening of the match at the Leicester City Academy Ground on Wednesday fell to the Indian side as Bekey Oram won the ball high up the field in the 5th minute but his attempt on goal was off target. 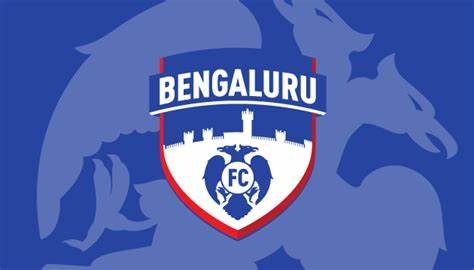 The early scare woke up the Foxes as they upped the tempo and broke the deadlock in the 13th minute when Kian Pennant scored at the end of a fine move. William Alves then doubled the lead as Leicester City pounced on some sloppy play from the Blues to make it 2-0 in the 18th minute.

Chris Popov then added a third for Leicester City before Pennant struck again to make it 4-0 inside the first half an hour. The Blues goalkeeper Sharon Padattil was kept busy and he made a top save to deny the Foxes a fifth before half-time.

FULL TIME. It’s defeat for the Blue Colts here in Leicester, but with plenty of positives to take from a second half resurgence against one of the finest youth teams in the country. 🔵🇮🇳#LEIBFC #WeAreBFC #YouthDevelopment pic.twitter.com/7jJFVnYOdf

However, the English side continued their onslaught after the break as Popov scored his second to make it 5-0 seven minutes into the second half before completing his hat-trick on the hour mark as the Foxes scored a sixth goal.

Bengaluru FC though sprung into life after the hour mark as Sivasakthi Narayanan got his team on the scoresheet after tapping home a rebound in the 67th minute.

Two minutes later, the Blues scored again through Damaitphang Lyngdoh as he brilliantly found the bottom corner with a well-taken finish.
Sivasakthi then scored a beauty for his second goal of the evening and made it 6-3 in the 73rd minute to bring the Indian side back in the game.

Leicester City then regained control of the match and won a penalty in the 82nd minute but Bengaluru FC goalkeeper Deepesh Chauhan produced a double save to keep the score at 6-3.

The Blues tried to further cut the deficit but Leicester City held on to claim the win. Bengaluru FC will now fight for third place against Nottingham Forest in the Midlands leg on Saturday.

IND-A vs NZ-A Live Streaming: India A vs New Zealand A 1st unofficial ODI LIVE on Wednesday 9:00 AM. Follow Live