England Tour of Pakistan: England Team vs Pakistan: England’s cricket team arrived in Islamabad early Sunday to play its first Test series in since 2005. Led by Ben Stokes, England will kick off the tour in Rawalpindi — an adjacent city to Islamabad — which hosts the first Test from next Thursday.Follow Eng vs PAK LIVE updates with InsideSport.IN.

The second Test will be played at Multan from Dec. 9-13 before England round off the tour with the final Test at Karachi from December 17-21. England had played a seven-match T20 series in Pakistan prior to the T20 World Cup in Australia where it went on to beat Pakistan in the final. England was due to tour Pakistan last year before the T20 World Cup in the United Arab Emirates but abandoned the tour due to security concerns after New Zealand had aborted its tour to Pakistan just minutes before the toss in the first ODI at Rawalpindi. 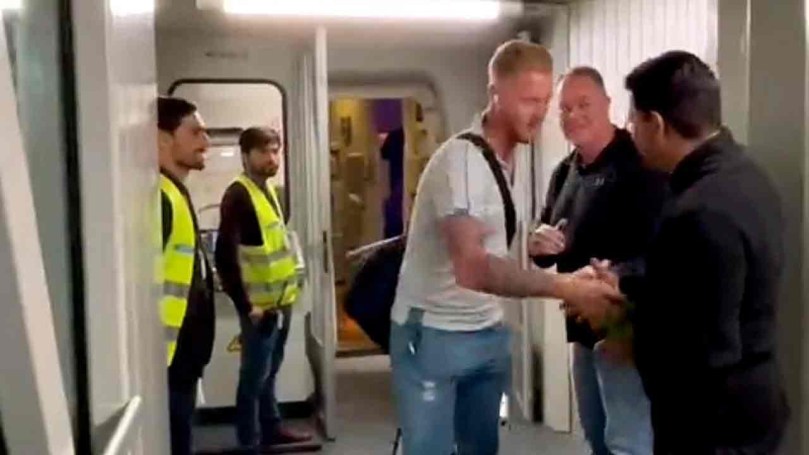 There were some concerns over England’s Test tour to Pakistan after former Pakistan Prime Minister Imran Khan was wounded in Wazirabad, a district in eastern Punjab province, during his protest against the sitting government. “It’s been a long time since England have played Test cricket in Pakistan,” Stokes had said in Abu Dhabi last Friday where the team trained for a week before flying out to Pakistan. “With what happened with Imran Khan recently, there was a little bit of concern, but we have Reg Dickason, who has been the security man for many years with England, and we left it in his capable hands.

” Last Monday Khan had met with the Pakistan Cricket Board chairman Ramiz Raja and British High Commissioner in Lahore and assured the officials that his protest against the government will not disturb England cricket team’s tour to Pakistan.

Pakistan had hosted England twice in a Test series at UAE over the last 17 years with foreign teams reluctant to travel to Pakistan after the Sri Lanka cricket team was attacked in Lahore in 2009.

However, since 2015 Pakistan has started regaining the confidence of foreign countries that it could organize international games at home and have hosted almost all the major cricketing nations, including South Africa and Australia. The three-Test series will be part of World Test Championship where Pakistan is sitting in fifth place while England is seventh. Pakistan needs to win the three-Test series to keep its hopes alive for next year’s final. Pakistan will be without its key fast bowler Shaheen Afridi, who has been ruled out of the series due to knee injury.

The home team has also dropped middle-order batter Fawad Alam and ace leg-spinner Yasir Shah due to poor form. Uncapped fast bowlers Haris Rauf and Mohammad Ali have been called up to the squad along with mystery spinner Abrar Ahmed, who is expected to make his debut during the series.

England also has injury concerns ahead of the first Test with fast bowler Mark Wood in doubt due to a hip injury. has been given paternity leave from the tour as England will be banking on its experienced fast bowler James Anderson to trouble Pakistan batters. England has included 18-year-old Leicestershire allrounder Rehan Ahmed in the squad after originally drafting him as a net bowler for the tour.