ENG vs SA: England captain Ben Stokes insisted he was “absolutely fine” with his side’s “off-game” after a humiliating innings and 12-run defeat…

ENG vs SA: England captain Ben Stokes insisted he was “absolutely fine” with his side’s “off-game” after a humiliating innings and 12-run defeat in the first Test against South Africa at Lord’s. The hosts were comprehensively outplayed as the Proteas won inside three days, with this reverse England’s first loss under their new red-ball leadership duo of skipper Stokes and coach Brendon McCullum following a run of four successive wins. Follow ENG vs SA Test Live updates with InsideSport.IN

It was only England’s fourth innings defeat in 128 years of Test matches at Lord’s and the first since a South Africa team led by Graeme Smith enjoyed a similar thumping in 2003.

“It was an off-game for us, and that’s absolutely fine,” said Stokes. “It’s not something I’m going to be throwing our toys out of the pram over.”

England were already in dire straits when they started their second innings before lunch on Friday, with the hosts 161 runs behind after South Africa had made 326 in reply to their meagre first-innings 165.

They then collapsed to 149 all out before tea in a match where England batted for just 82.4 overs across both their innings. It was all a far cry from the dynamic run-scoring that had seen England chase down several high totals this season including 378 to beat India at Edgbaston last month.

On Friday, in stark contrast, opener Alex Lees and tailender Stuart Broad shared a joint top-score of 35 in England’s woeful second innings. Stokes, however, said it was vital England did not over-react. 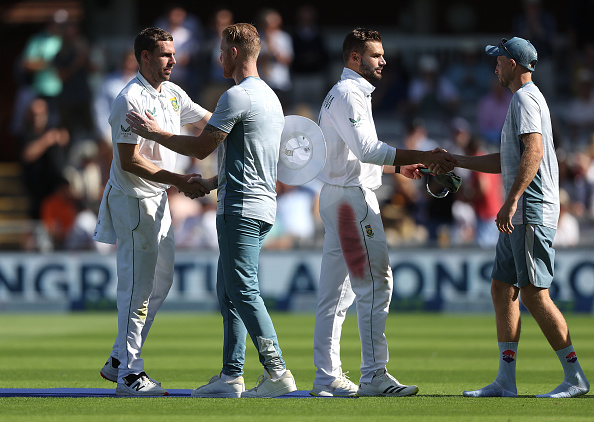 “The message from me and Baz (McCullum) upstairs will be, did we commit to everything the way we committed to the first four Tests of the summer?

“If everyone can say ‘yes, 100 percent, we just didn’t execute’ then things are good. We’ll move on to the next Test match, and go out there and try to win,” the all-rounder added.

Express fast bowler Anrich Nortje then produced a superb burst of three wickets for no runs in 10 balls that might well have tested batsmen with better defensive techniques than those demonstrated by England on Friday.

But Stokes, who succeeded Joe Root as England captain after a run of just one win in 17 Tests, said there was no point dwelling on the loss ahead of the second fixture of this three-match series at Old Trafford starting Thursday.

“If we hold on to this for too long, and carry baggage into the next game, we’re already one step behind South Africa,” he added. “I want us to be a team where we’re one step ahead.” 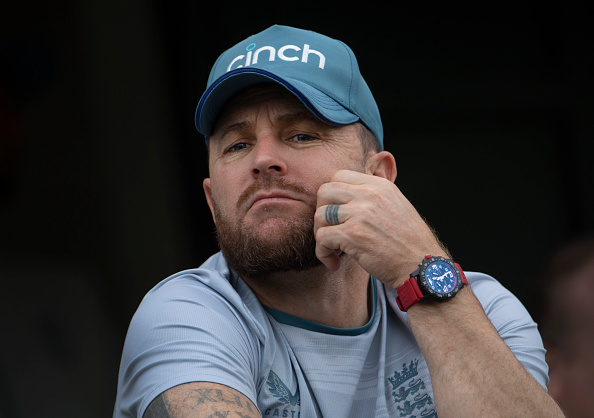 McCullum reinforced that message by saying: “You don’t go from being a good team to a bad one overnight.

“Both Stokesy and I are firm about how we want this team to play.”

The former New Zealand captain added: “The four Tests that we won recently, we were behind in each of them and were able to get ourselves back in front and put the opposition under pressure, which allowed us to go on and win.

“In this game, we weren’t quite able to do that and we went on to lose.It’s such fine margins and I’ve been around the game long enough to know you can’t over-react.

“We’ll have a good look at things among the group in the next couple of days and then recharge ahead of Manchester.”

Majority of college students have at least one mental illness: Study

Ahead of India vs Pakistan clash, Rashid Khan comes to struggling Virat Kohli’s defence, check out

American Airlines breach was gold mine for identity thieves