WWE News: Becky Lynch feels thankful for her long time rivalry with WWE Raw star: Becky Lynch and Bianca Belair had a long feud in WWE, which ended up in a respectful manner. Both women had several encounters in their long rivalry, where WWE fans saw amazing athleticism between them. The rivalry between Becky Lynch and Bianca Belair started at SummerSlam 2021, which buried the seeds of a new gimmick for Becky calling herself Big Time Becks. Follow WWE News and Updates with InsideSport.IN

Becky Lynch defeated Bianca Belair at SummerSlam 2021 with a victory in a matter of seconds. Later, both women competed in several encounters until WrestleMania 38 when Bianca Belair finally defeated Big Time Becks for the Raw Women’s Title.

“It was a beautiful ending.”

Recently, The Man expressed her thoughts on her long-time feud with the Raw Women’s Champion Bianca Belair. While speaking on Ryan Satins Out of Character podcast she mentioned she was thankful that the feud ended up respectfully. “I’m really happy with what we did because I do think that it was a beautiful end to the story. It began with a handshake at SummerSlam, it ended with a handshake at SummerSlam.” 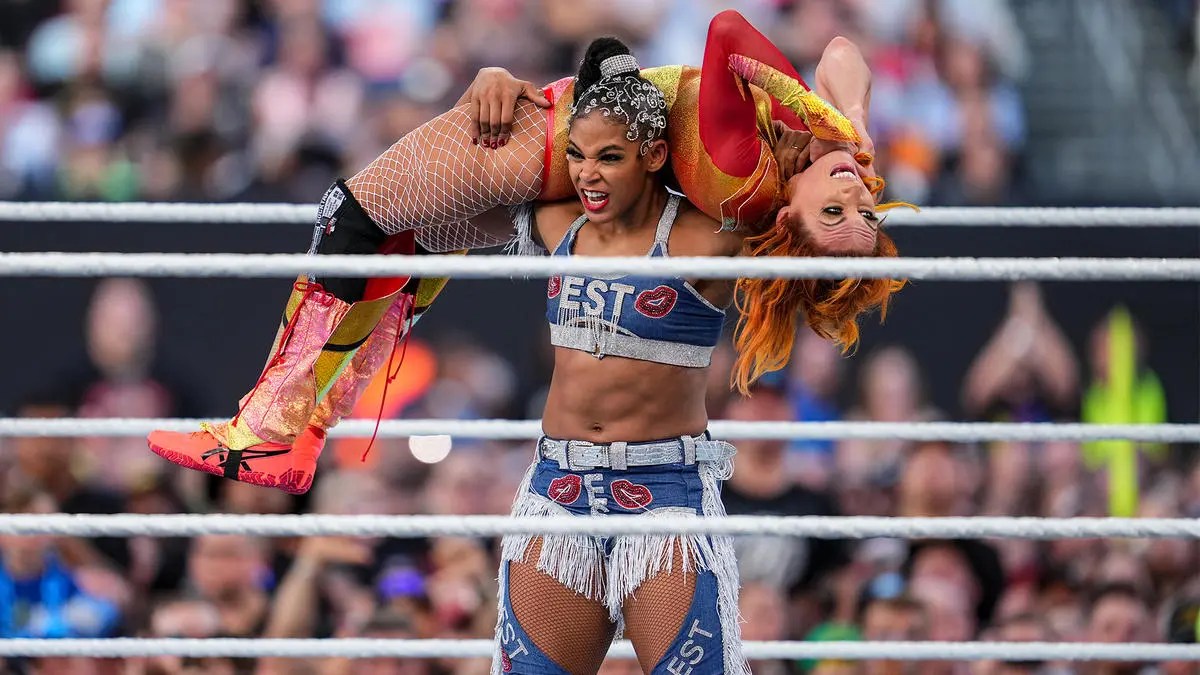 Currently, Becky Lynch is sidelined with a shoulder injury she faced during her match with Belair. Also, Bayley, Dakota Kai, and Iyo Sky attacked her backstage.

WWE News: Becky Lynch promised to return with her The Man gimmick after a big loss at SummerSlam

After being defeated twice consecutively by Bianca Belair, Becky Lynch took a stand and addressed the WWE Universe after her big loss at SummerSlam. During her SummerSlam match, she suffered a shoulder injury and is currently sidelined with it.

After SummerSlam, Becky Lynch addressed the WWE Universe on Monday Night Raw where she mentioned she realized whom she was after losing to Bianca Belair and called up for a strong comeback with The Man gimmick. Moreover, she credited the EST of WWE, who pushed her hard during her battle with her for the past year.

The WWE Universe is eagerly waiting for The Man’s return. Do you think Becky Lynch will return soon before 2022 ends? Tell us in the comments.

India drawn in Pool D alongside England, Spain and Wales

US Open 2022 Draws: US Open draws to be released soon

Jeremy Lalrinnunga gets hero’s welcome on return from CWG