ILT20 League: Manchester United owners Glazers Family-backed franchise has named the UAE T20 League team Desert Vipers. The franchise has also roped Sunrisers Hyderabad coach Tom Moody as their director of cricket. Former England wicketkeeper-batter James Foster will be their new head coach while Sam Billings is their star signing for the inaugural season. Azam Khan has become their latest recruit. He is also the only Pakistani player in the league. Follow International League T20 Live Updates on InsideSport.IN.

Although Sunrisers Hyderabad have a team in the SAT20 League, the Australian has decided to jump into UAE T20 League. The Australian coach has been with Sunrirsers Hyderabad since 2020 and despite a big shakeup, he survived. But it is still unknown whether he will continue to be a part of SRH staff after yet another disappointing season in IPL 2022. His contract with SRH is up for renewal this year. Before his IPL stint, he led Sri Lanka to World Cup final in 2007.

“I’m honoured to lead the cricket operations of Desert Vipers in what promises to be an entertaining and high-quality tournament. We have assembled an excellent mix of youth and experience in a highly skilled squad and I warmly welcome our players from all over the world in what is truly an international event,” Tom Moody said in a press release.

James Foster is currently in charge of The Hundred franchise Northern Superchargers men’s side. Since announcing his retirement in 2018, Foster has had several stints as a coach in IPL, PSL, CPL, BPL and BBL.

“Working with such a quality group is hugely exciting and I can’t wait to get started with Desert Vipers. This tournament will contain a lot of competitive and entertaining cricket. And I look forward to our squad playing a full role in that,” Foster said.

As for players’ roster, England wicketkeeper Sam Billings is their most high-profile batter. Apart from him, the Vipers have roped in Tom Curran, Sheldon Cottrell, Ben Duckett, Alex Hales and Wanindu Hasaranga.

Azam Khan is the only Pakistani player in the UAE T20 League. The 24-year-old Pakistani wicketkeeper-batter has been roped in by Desert Vipers. Out of favours from national team, he will aim to revive his career through franchise leagues. Azam Khan has played only 3 T20Is for Pakistan. 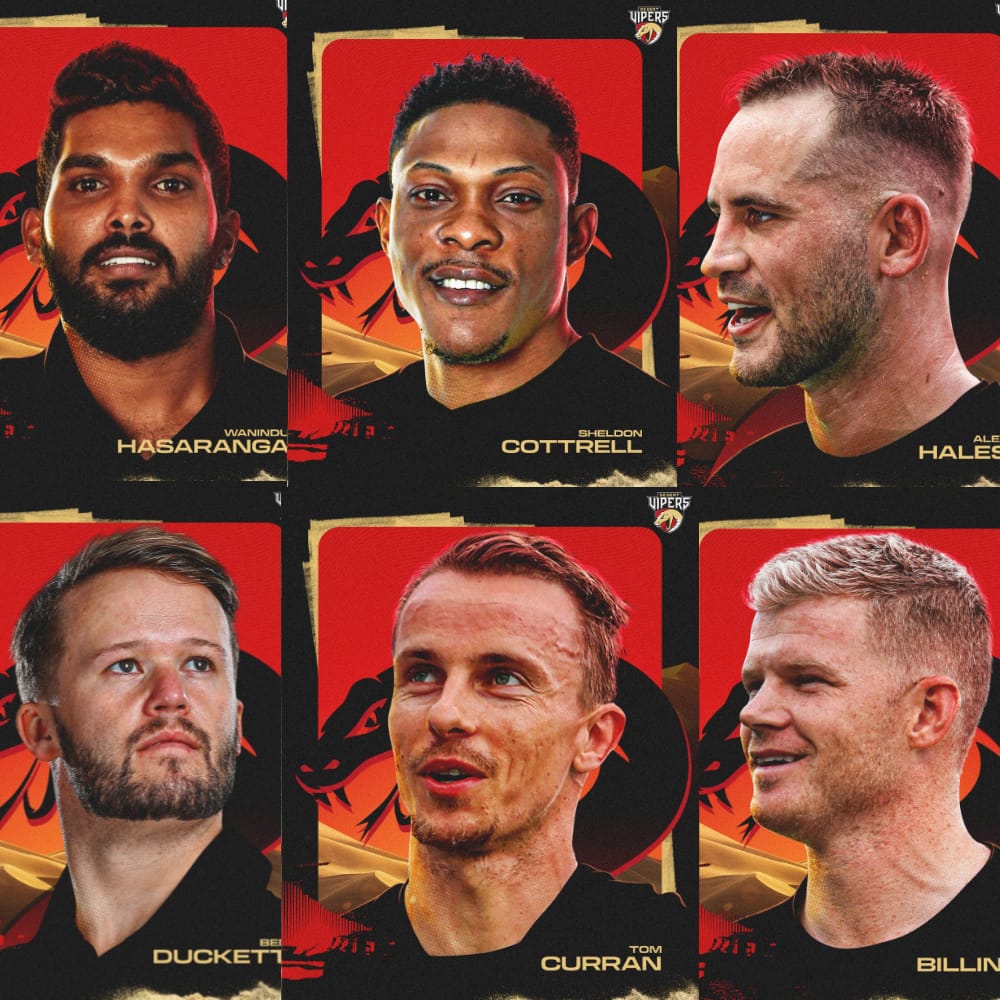 Welcoming Lancer Capital to the world of cricket as they look to lay their claim to the throne of #ILT20!#LancerCapital #DesertVipers #Internationalleaguet20 #ilt20 #uae #cricket #uaecricket pic.twitter.com/hcxEaSNiID

With Lancer Capital announcing the team’s name, the International League T20 now have all their franchises ready for the first auction. The tournament will begin in January of 2023 and will clash with CSA T20 League.

Brace yourselves. If you thought the first coming of Trump was crazy enough – wait for the sequel